Sen. Lindsey Graham: “Count me out. Enough is enough.”

Graham said of Joe Biden, "I hoped he lost. I prayed he would lose. He won. He's the legitimate president of the United States." 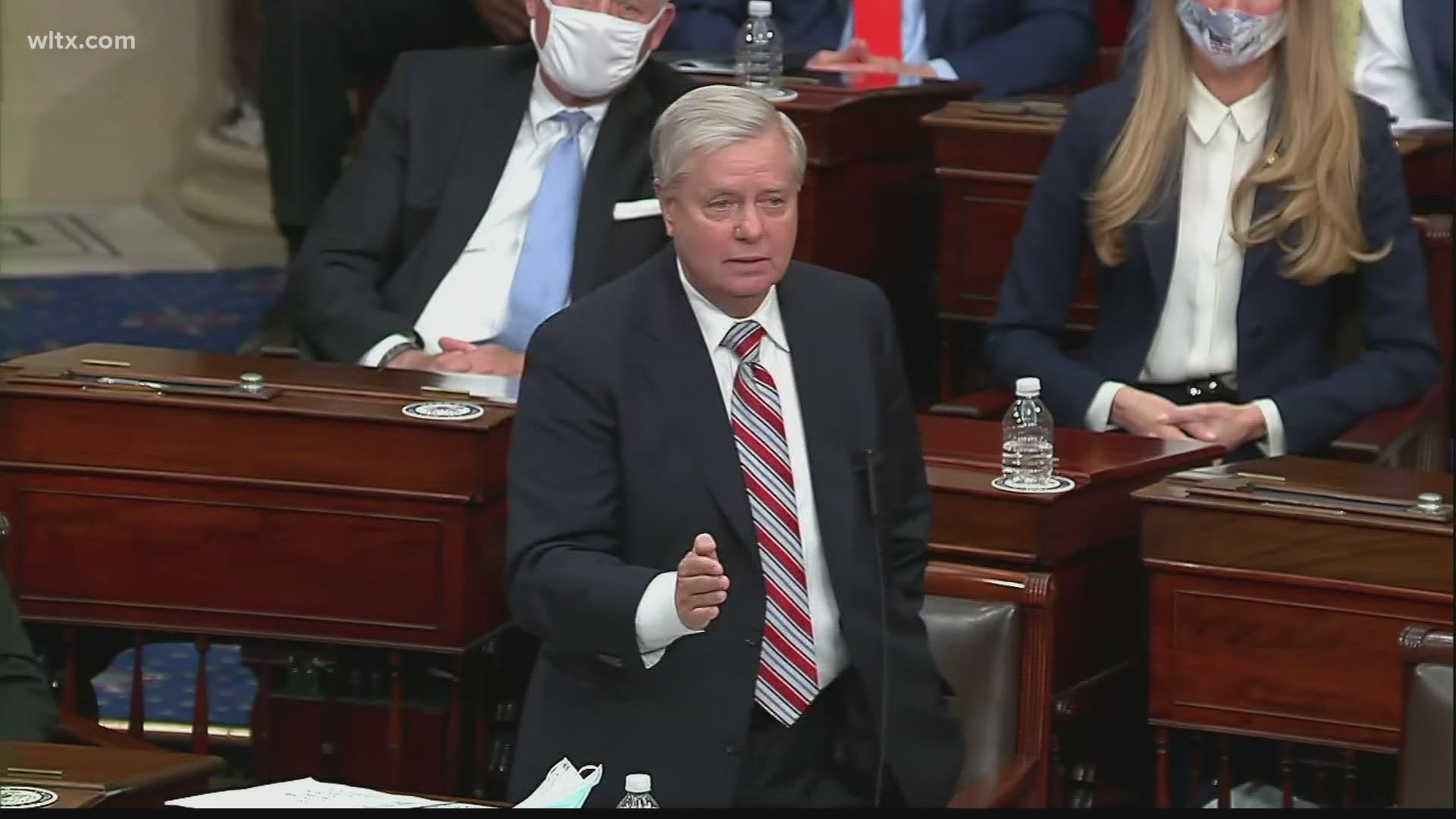 WASHINGTON — Sen. Lindsey Graham says a commission to examine the 2020 election is not a proper next step and affirmed that Joe Biden is the “legitimate president of the United States.”

“Count me out. Enough is enough,” Graham said on the Senate floor Wednesday night.

Graham went on to say of Joe Biden, "I hoped he lost. I prayed he would lose. He won. He's the legitimate president of the United States."

"Joe Biden and Kamala Harris are lawfully elected, and will become the president and the vice president of the United States on January 20th."

Earlier Wednesday, supporters of Trump breached the U.S. Capitol, forcing a lockdown of the lawmakers and staff inside. Trump has claimed widespread voter fraud to explain away his defeat to President-elect Joe Biden, though election officials have said there wasn’t any.

Graham said that “if you’re a conservative,” the idea that Vice President Mike Pence could reverse the results of the election, as President Donald Trump had urged him to do, was “the most offensive concept in the world.”

RELATED: U.S. attorney vows to prosecute anyone from SC who participated in storming of US Capitol