Full details of the presidential hopeful's visit haven't been released, but today marks the first time since spring that Biden has visited the Tarheel state. 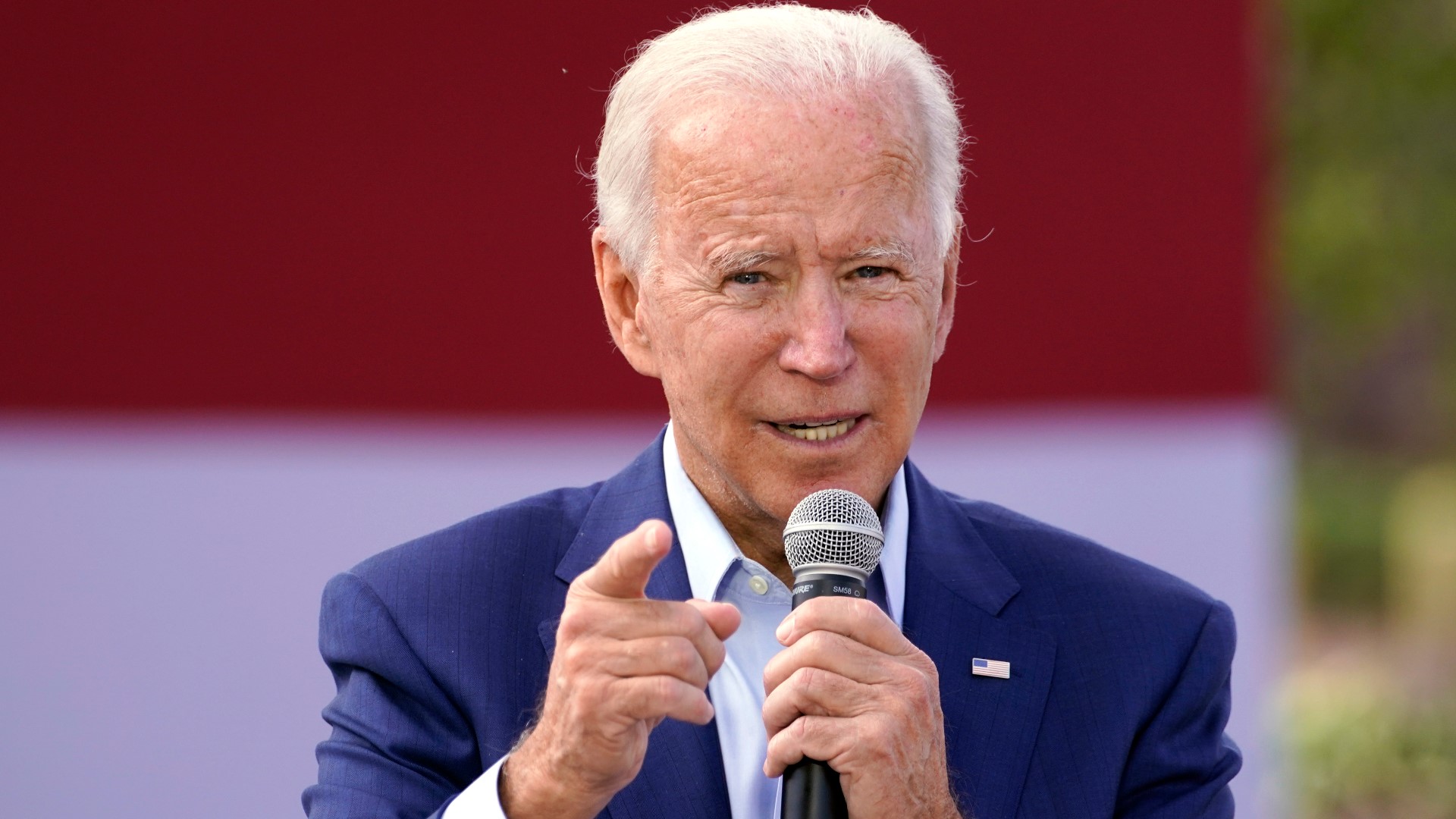 CHARLOTTE, N.C. — Democratic presidential candidate Joe Biden campaigned in Charlotte Wednesday for the first time since becoming the democratic nominee for president. It marks his first trip to the Tarheel state since the primary election in the spring.

Earlier Wednesday morning the Biden campaign announced the creation of the Small Business and Entrepreneurs Advisory Council. The council's goal is to mobilize small business owners to vote for Biden.  Charlotte's Gregory and Subrina Collier, the owners of Uptown Yolk and Leah & Louise are on the council.

Biden began his appearance by talking about plans to "reignite America's economy" in light of the impact the Coronavirus pandemic has had on small business owners.

The former Vice President also laid out plans to help Black Americans.  The plans include investing over $70 billion in Historically Black Colleges and Universities (HBCUs) and other minority-serving institutions and leveraging $150 billion in new capital and opportunities for Black-owned small businesses and other small businesses that have been structurally excluded for generations.

Supporters have been hopeful Biden would make a visit to North Carolina. Last month, the presidential hopeful tweeted a promise that he'd make a stop in the state but did not say when.

North Carolina is a battleground state important to winning the presidency.

Even though Biden hasn't made an appearance in North Carolina in recent months, his team has been active in rallying voters over the past several weeks.

On Friday, vice-presidential nominee Senator Kamala Harris kicked off the national 'Turn Up and Turn Out the Vote Virtual Bus Tour' in Durham with a voter registration and early vote rally.  She was accompanied by Congresswoman Alma Adams and Congressman G.K. Butterfield.  The launch of the event kicked off a week of events focused on lifting local and national Black leaders to highlight what's at stake for Black voters in North Carolina.

Biden's wife, Dr. Jill Biden, did a virtual stop in Raleigh last week and hosted a roundtable for working families to discuss challenges that many parents are facing as they balance childcare and provide for their families during the pandemic.

On the heels of Biden's visit Wednesday, President Donald Trump announced later Monday that he too will campaign in Charlotte this week. Trump is expected to visit Charlotte Thursday.