The state of North Carolina is approaching 200,000 absentee voting ballot requests, which is 8x more than what was requested at this point in 2016. 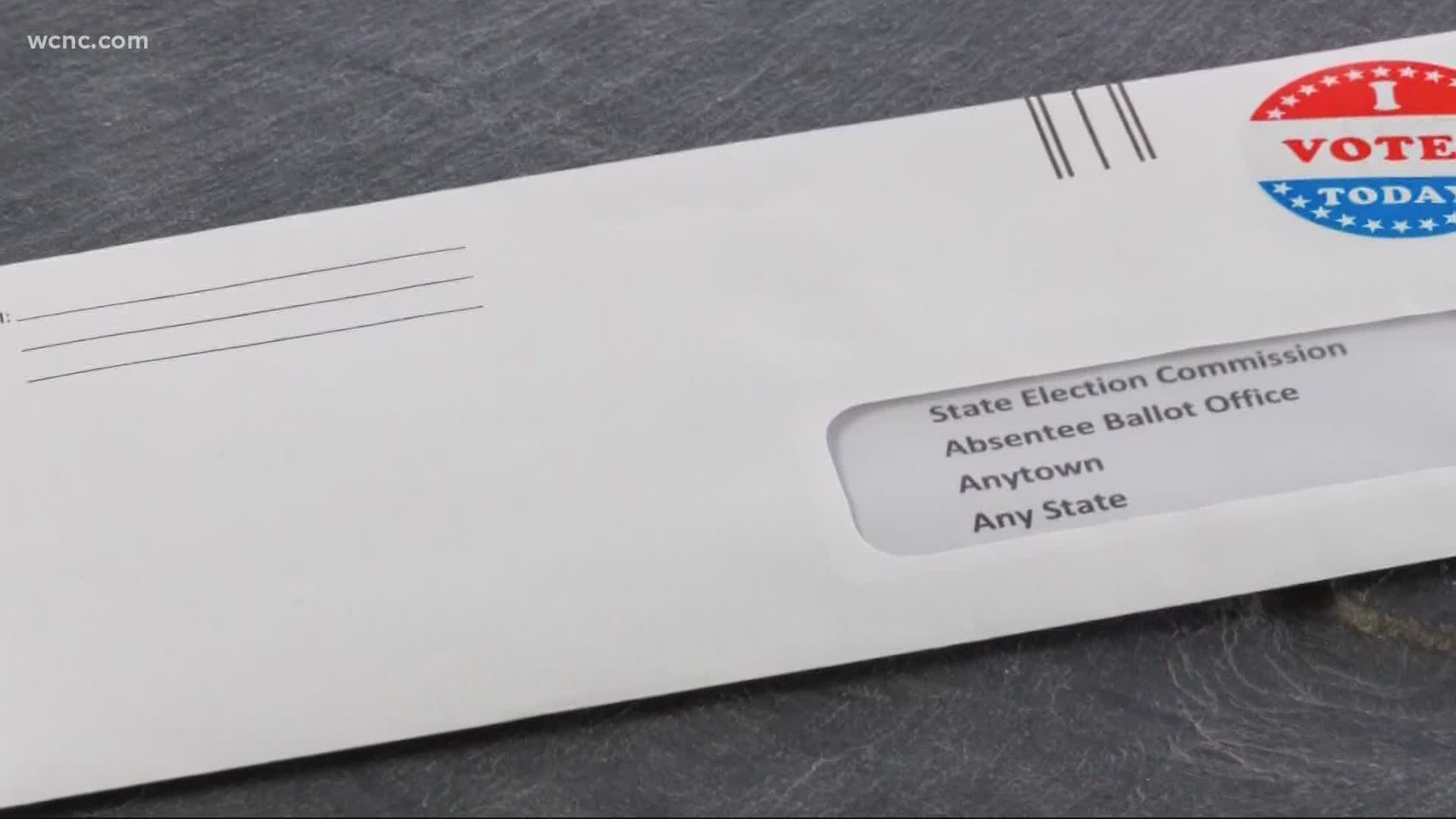 CHARLOTTE, N.C. — Mecklenburg County is seeing a record number of absentee ballots this year, already surpassing the total amount received for the last two election cycles with months to go until the election.

The state of North Carolina is approaching 200,000 absentee voting ballot requests, which is 8x more than what was requested at this point in 2016.

“You’ve got a contentious election, a pandemic that we’re dealing with, a lot going on,” said Michael Dickerson, the Mecklenburg Director of Elections.

Dickerson is responsible for making sure everything runs smoothly in the county.

“We’re doing a combination of early voting and we do absentee by mail,” Dickerson said.

“Since a lot of the schools are not in session, we’re using a lot of the high schools so we can socially distance,” Dickerson said.

Dickerson said it’s absentee voters who are already coming out in droves, though.

“The volume we have this year is new,” Dickerson said.

“You can get that absentee ballot in September,” Dickerson said.

Dickerson said you don’t need a reason to get one, and you don’t have to use it if you later decide to vote in person.

“As long as you don’t execute that ballot, it’s never charged against your name as being voted,” Dickerson said.

The Deadline to request an absentee ballot is one week before election day, October 27th at 5 pm. It must be in the mail and postmarked by 5 p.m. on Nov 3 to be counted.

“What I encourage people to do is ask for that ballot now,” Dickerson said.

Dickerson said people who vote at the polls should expect to see long lines because they will keep people 6 ft apart, and largely outside of the buildings to wait their turn. He says it should still run smoothly and quickly.

Dickerson said they are also looking for poll workers for early voting and election day. For more information about training and pay, click here.