Daniel Rickenmann has been elected as the next mayor of the City of Columbia. This is the first time the city will have a new mayor in more than a decade. 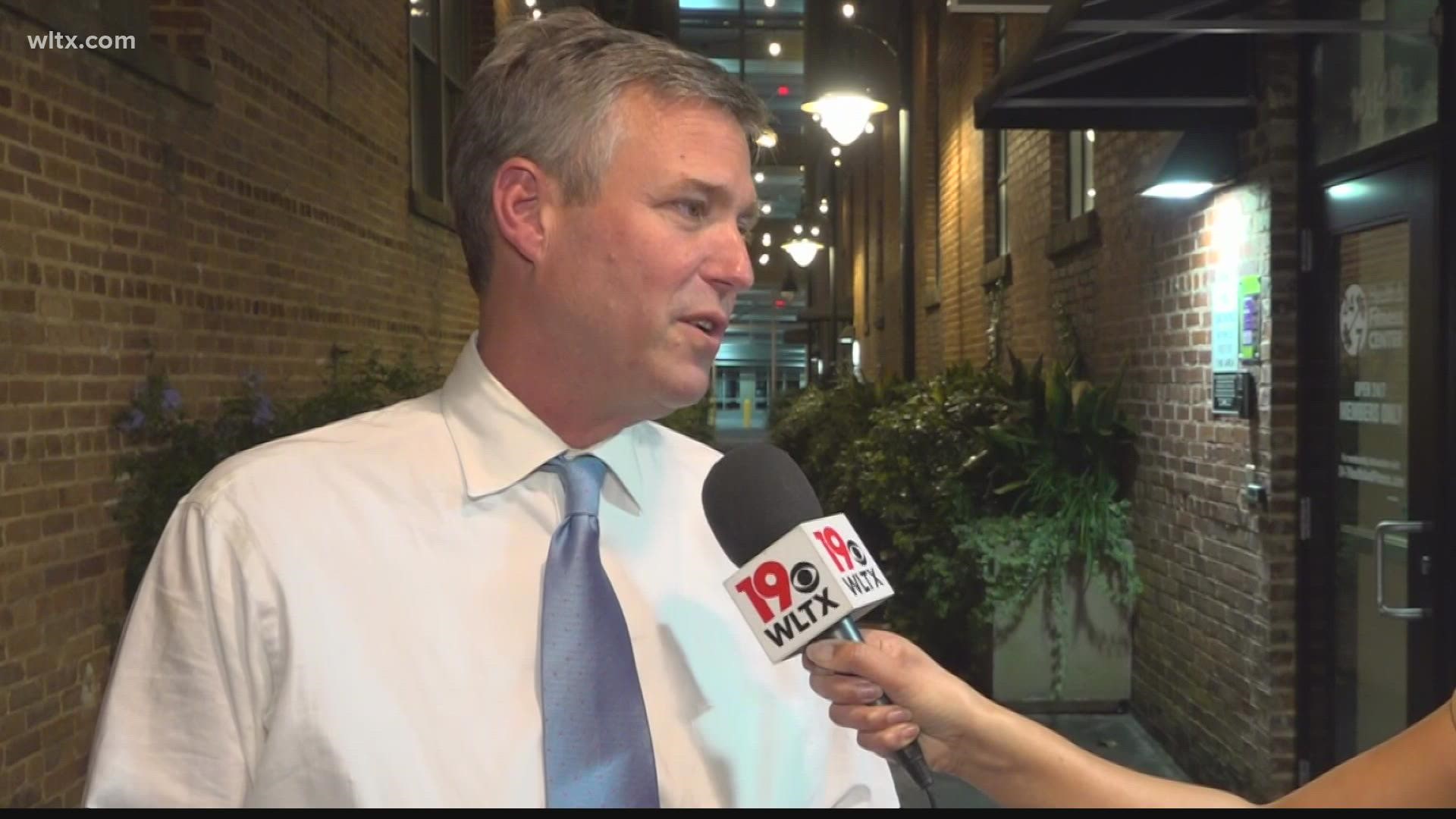 COLUMBIA, S.C. — On Tuesday, City of Columbia residents elected Daniel Rickenmann as the next mayor of the city. This is the first time the city will see a new mayor in more than a decade.

"Lets spend the next 4 years making Columbia great," said Mayor-Elect Rickenmann. "I think the first step is really to convene the community. I really want to push forward what Mayor Benjamin started with One Columbia put a strategic plan from there."

Carl Blackstone is the President of the Columbia Chamber of Commerce. He said the city is going to see some new changes under new leadership.

"I've talked to the new mayor-elect several times," Blackstone said. "His goal has been to let's focus on the basics. Let's work on making Columbia look better, let's focus on what does it take to bring jobs here, investment here. And those are the things that we've not seen as of late, so I think it's going to be a great opportunity for Columbia."

RELATED: What's at stake for Columbia on Election Day?

City residents also elected three new council members, including a new at-large member, meaning half of the council will be made up of new faces.

"This is the first time in decades that we've seen this much change," Blackstone said.

Duvall told News 19 it's going to be interesting to get the new council members up-to-date on projects.

Duvall says the new elected officials need to get together to learn more about each other and get comfortable with one another as a council to figure out what the direction to take Columbia in.

Rickenmann and all new council members will be sworn in on January 4.