House Bill 971 would allow retailers such as Walmart and grocery stores to sell liquor and scrap the government-run ABC stores in place. 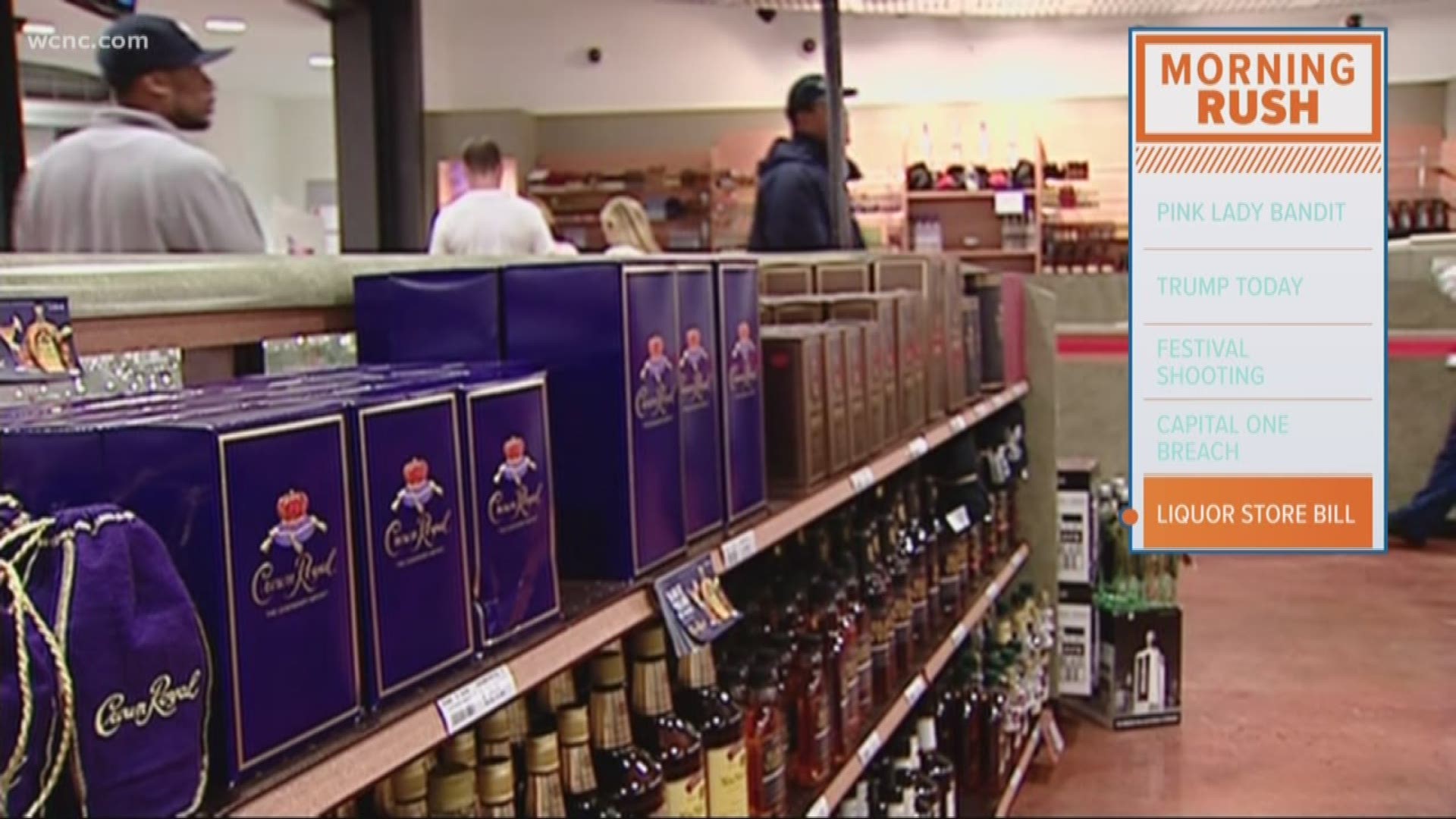 CHARLOTTE, N.C. — A new bill introduced to the General Assembly could allow grocery stores and other retailers to sell liquor in North Carolina.

House Bill 971 would revamp the state's Alcoholic Beverage Control (ABC) system and do away with government-run stores that are currently in place. According to WRAL, legislative staff analysis indicates the bill would triple the number of places liquor is sold in North Carolina. There are fewer than 500 ABC stores across the state, all of which are managed by local ABC boards.

New private liquor stores would pay $1,000 a year for their permit and would be allowed to sell beer and wine.

Liquor stores would have to be at least 500 yards from each other, according to the current version of the bill. However, a business already holding malt or wine permits before July 2020, and also gets more than 50% of its sales from alcohol, would be allowed to get a liquor license no matter where it is located.

Rep. Pricey Harrison said some people travel out of state currently to avoid paying higher prices on liquor, and believes the new bill would likely cause prices to go down with stores competing for business.

"I understand that people near the South Carolina border near Charlotte make a liquor run all the time buy cheaper distilled spirits in South Carolina," Harrison told WFMY.

The bill would also allow Sunday sales if cities and counties voted to allow it. Under current law, you can only buy beer and wine on Sundays in Mecklenburg County, starting at 10 a.m.