According to the parade route, boaters will cruise a 7-mile stretch of the lake, beginning at Trump Golf Club and ending at Yates Open Channel. 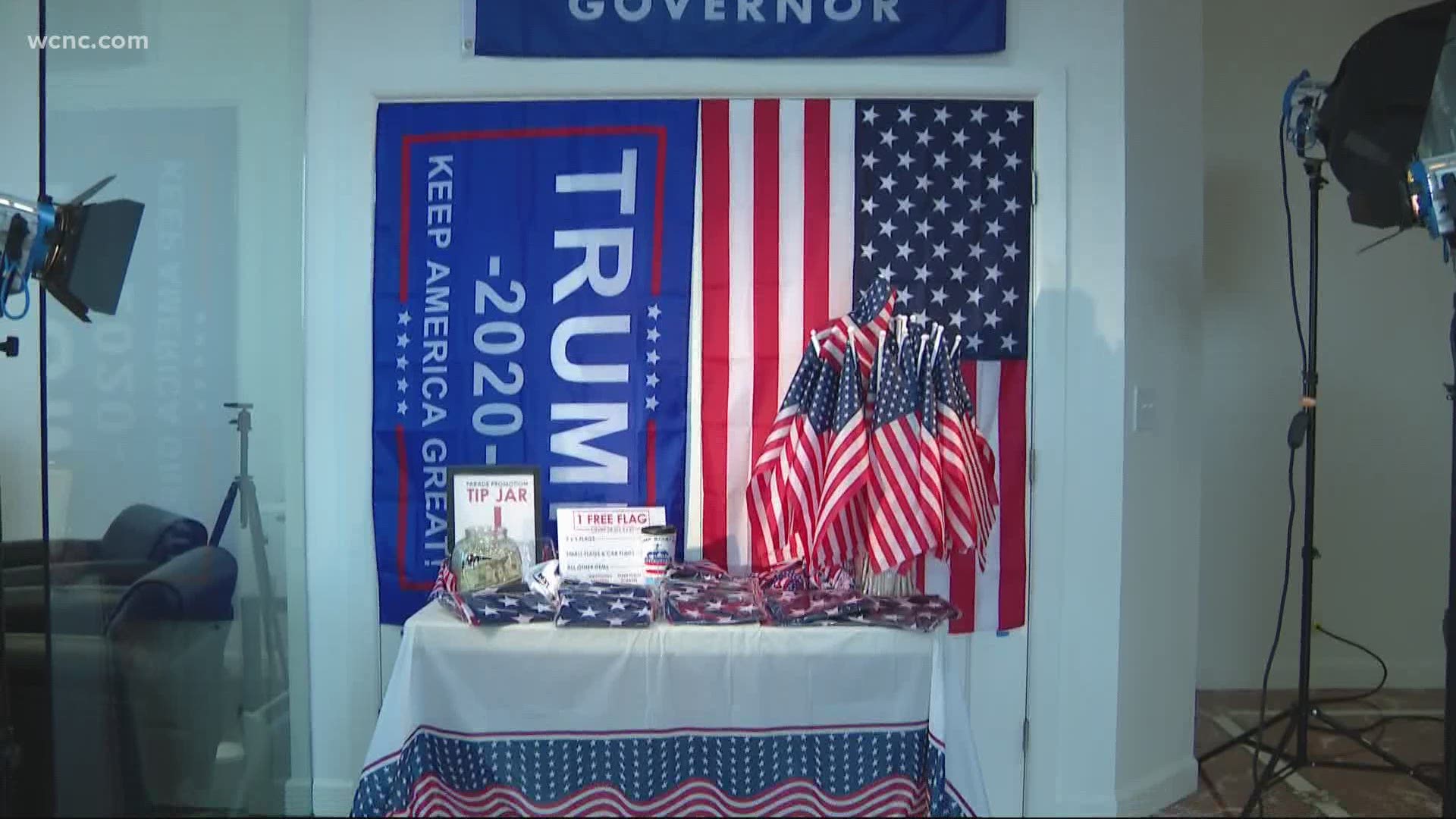 LAKE NORMAN OF CATAWBA, N.C. — Over the last several months, boat parades have been hitting waterways from South Carolina to Florida all in support of America’s president. And this 4th of July, on America’s birthday, boaters said they’ll be bringing that same patriotism to Lake Norman.

Yates said roughly 3,000 boaters have signed up through a number of registration portals. He said registrants are indicating the number of people on each boat to be roughly 6.9.

“We are very confident that we are in the 20-thousand attendance range,” said Yates.

According to the parade route, boaters will cruise a 7-mile stretch of the lake, beginning at Trump Golf Club and ending at Yates Open Channel. Yates said he’s encouraging boaters to meet between 11:30 a.m. and 12 p.m., with the parade beginning at 1 p.m. Yates said he estimates the parade will last less than 2 hours.

But it won’t only be boats in the water, Yates said there will also be a flyover.

“I think patriotism is going to be very well demonstrated,” he said.

In addition to boats in the water and planes in the sky, Yates said he’s also invited 1,000 Harley Davidson bikers to participate as well.

“Whole mission here is unity, patriotism, a reset, let's get back to patriotic values and what this country is meant to be,” he said.

Law enforcement expects Saturday to be one of the busiest days out on the lake. Yates said he’s not only been in communication with the Sheriff’s office but said all boaters taking part in the parade have been advised of the Lake’s boating rules.

“Like going to the circus really, you know it's kind of crazy what people will do to support Mr. Trump,” said fisherman Chad Turner, who said he plans to avoid the parade.

But for Yates, Saturday’s parade is more than political. He said he hopes it will bring a much-needed boost to the areas small businesses. Yates himself owns Yates Realty, a luxury real estate firm in Lake Norman.

Together with his two sons, Yates said he’s spent countless hours and thousands of dollars to produce the parade. He said he’s also bought roughly 800 flags, including Trump Flags, American Flags, and Dan Forest Flags, which he said he’s been distributing for free.

He said it was his sons who inspired him to act. “Don’t wait, don’t use it on the golf course, make sure that your kids know what patriotism is,” he said.

Yates said it’s not too late to join the parade. For more information, CLICK HERE.