Former North Carolina Gov. Pat McCrory said he will not run for election in the 9th District, but will consider another run at governor or the U.S. Senate. 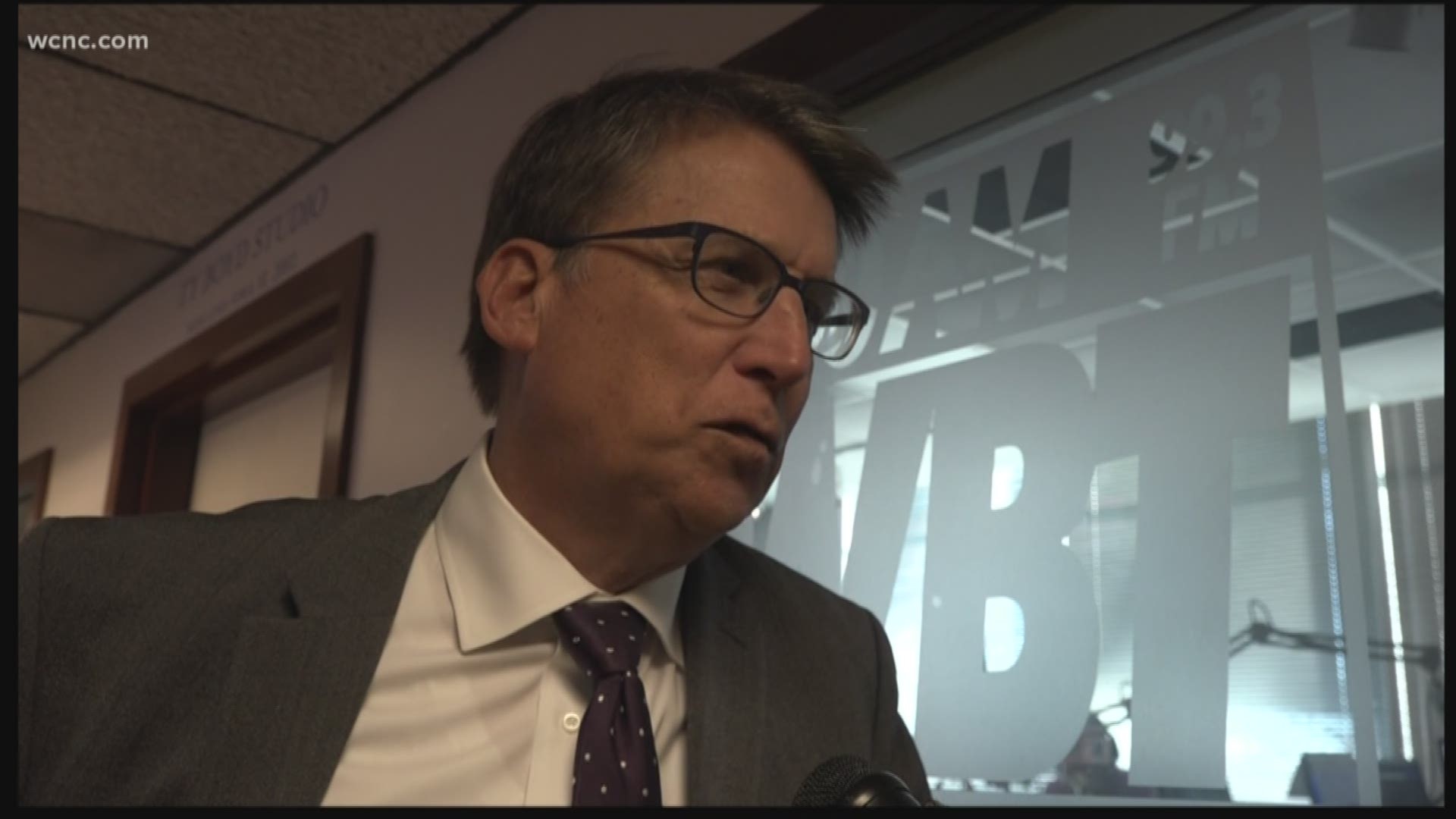 McCrory made the announcement on his radio show on WBT-AM in Charlotte, saying his skills are best suited to possibly run for governor again or for the U.S. Senate when Richard Burr retires in 2022. McCrory said repeatedly he didn't have the "fire in the belly" to run the best race.

"I am making a difference right now in educating the public while teaching at UNC Chapel Hill for the next seven weeks and while still keeping open the option for running for governor next year or the U.S. Senate in 2022," McCrory said.

McCrory teased a major announcement on Twitter regarding his "personal status" on the district just days after the State Board of Elections unanimously voted for a new election.

"I had a dream of being in the U.S. Congress but my dream went in another direction when I became mayor of this great city and governor of this great state," McCrory said.

McCrory tweeted that he has received "an enormous amount of phone calls" from friends, reporters and political operatives in both North Carolina and Washington DC about the 9th District's status.

"Since Thursday, I've gotten calls from local, state and national political consultants and political figures, saying, 'Pat, you've got to run for this District 9 seat. The Republicans cannot lose this seat, this is a message to the rest of the nation and you have the best chance of winning this season than anyone else in this district,'" McCrory said. "I need the fire in the belly. Well, my fire in the belly is for teaching, for being a radio host and to either run for governor or the U.S. Senate."

It's still unclear who will run in the special election. Republican Mark Harris said he isn't sure if he'll run again, revealing during the board's hearing that he suffered two strokes since November's election. The only name we know for sure is Democrat Dan McCready, who announced his intention to run again last week following the state board's vote.

"We face the choice to sit back and risk that this fraud will get swept under the rug yet again, or stand up and fight back," McCready said.

RELATED: 'I prayed on it' | Mark Harris testifies in 9th District hearing