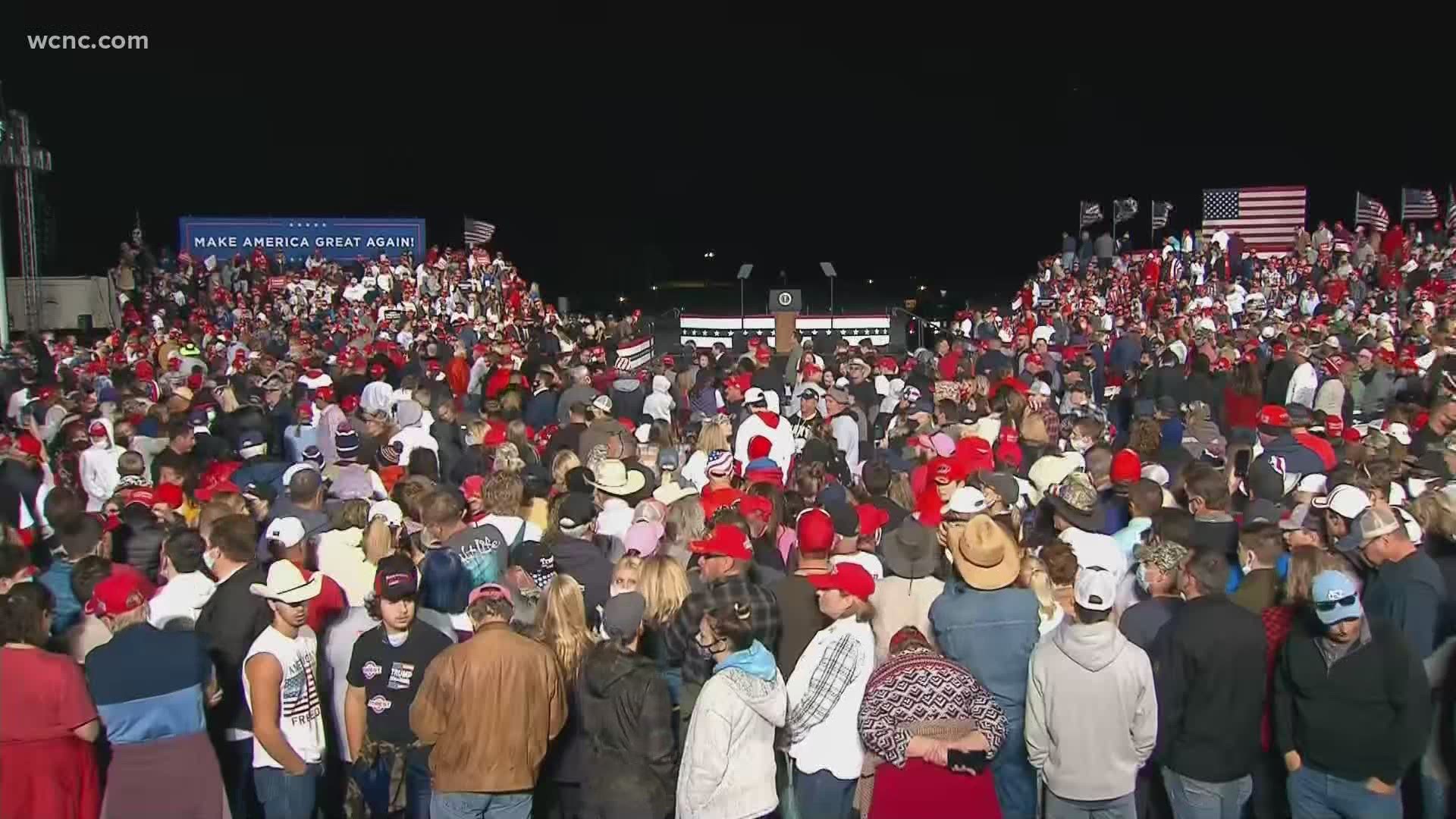 CHARLOTTE, N.C. — Two days before Election Day, President Donald Trump was in North Carolina once again for a campaign rally.

President Trump's campaign announced he would be in Hickory, which is about 60 miles north of Charlotte, for a "Make America Great Again Victory Rally" at the Hickory Regional Airport on Sunday, November 1.

Trump's campaign has announced a blitz on battleground states, with rallies scheduled for Michigan, Pennsylvania, Iowa, North Carolina and Georgia over the weekend.

His visit came one day after North Carolina's early voting period ended. So far, state election officials say more than half of registered voters have already cast a ballot in the 2020 election.

Last week, the Supreme Court upheld a ruling that allows absentee ballots received as late as November 12 to be counted, so long as they're postmarked by Election Day.

Trump held a rally in Gastonia, North Carolina last week that drew an estimated crowd of 21,000 supporters, according to the Secret Service.

According to the latest NBC News/Marist poll, Democratic challenger Joe Biden holds a six-point lead over Trump, 52% to 46%. Among all registered voters in the state, the NBC/Marist poll found Biden has a five-point edge over Trump. The same poll found Democrat Cal Cunningham ahead of Republican incumbent Sen. Thom Tillis 53 to 43.

Political scientists are looking at North Carolina as a battleground state that may be a must-win for President Trump to stay in office.

Catawba College political science professor Dr. Michael Bitzer said he believes it will be a difficult path to victory for Republicans if North Carolina doesn’t turn red because he said the likelihood is that several other states will have gone democratic as well.

"If North Carolina is not in their win column with 15 electoral votes, it is very difficult for me to imagine a path to 270 to capture the White House and the presidency,” Bitzer said.