Trump and other White House officials are set to host a summit on revitalizing low-income communities. 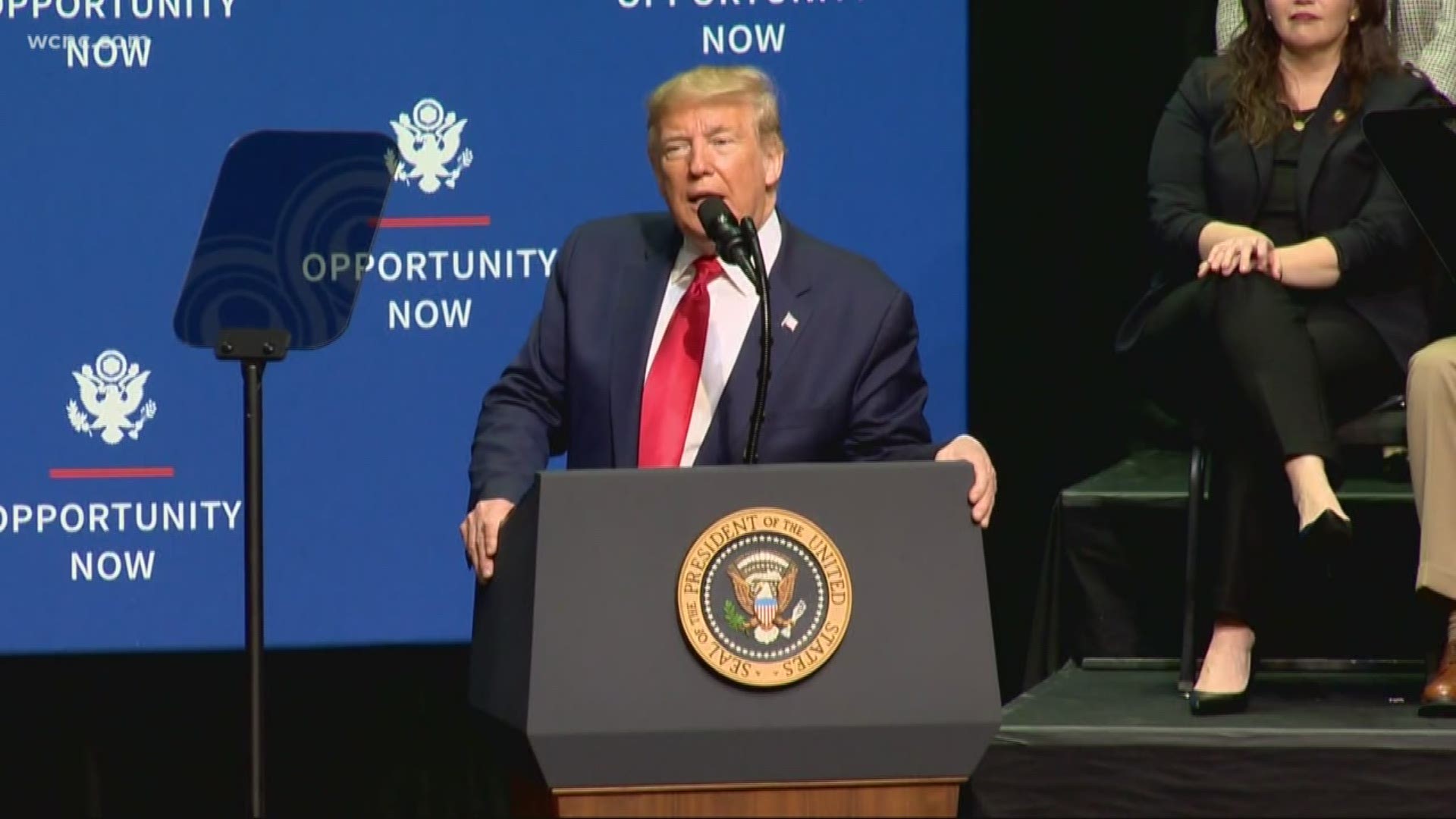 CHARLOTTE, N.C. — Just days after being acquitted by the U.S. Senate in his impeachment trial, President Trump was in Charlotte Friday hosting a summit on revitalizing low-income communities.

The idea of the program is to provide tax incentives to developers to build in underdeveloped areas, and Charlotte has 17 neighborhoods that qualify.

Critics say the program will actually lead to gentrification and drive out the people who are struggling to get by.

Roughly 100 protesters and counter protesters packed Elizabeth Park ahead of President Donald Trump's visit to nearby Central Piedmont Community College Friday. The crowd was nearly split right down the middle, for and against.

"It tells you people love Trump," he said. "I love that he's a capitalist and he's not a politician. He's a real person."

"I'm very much against the president," Welsh said. "I don't support him. I just kind of wanted to come out and show my unsupport for President Trump."

CMPD provided extra security both inside the park where the crowd formed and in front of CPCC. Those who lined the street ranged in age and made sure to touch on every trending political topic.

Opportunity Now is the same name used by the White House Opportunity and Revitalization Council in partnership with The Department of Housing and Urban Development (HUD).

"Opportunity Zones were created under the 2017 Tax Cuts and Jobs Act to stimulate economic development and job creation, by incentivizing long-term investments in low-income neighborhoods," the council explains on its web site.

Credit: HUD
A map from the Department of Housing and Urban Development shows designated Opportunity Zones near Charlotte, NC.

Opportunity Zones are designated by governors, according to HUD.

It’s a busy week for President Trump. The State of the Union Address is Tuesday night and not even 24 hours later he is expected to be acquitted in the impeachment trial.

"People have their opinion of Donald Trump and they’re sticking with it," UNC Charlotte Political Science Professor Dr. Eric Heberlig said. "People either like him or they don’t."

Trump State of the Union to project optimism during bitter division

Emails show the fallout from Trump's claims about Dorian