The proposed change, if it is approved, would allow a huge American flag being flown by GanderRV next to I-77 to continue to fly. 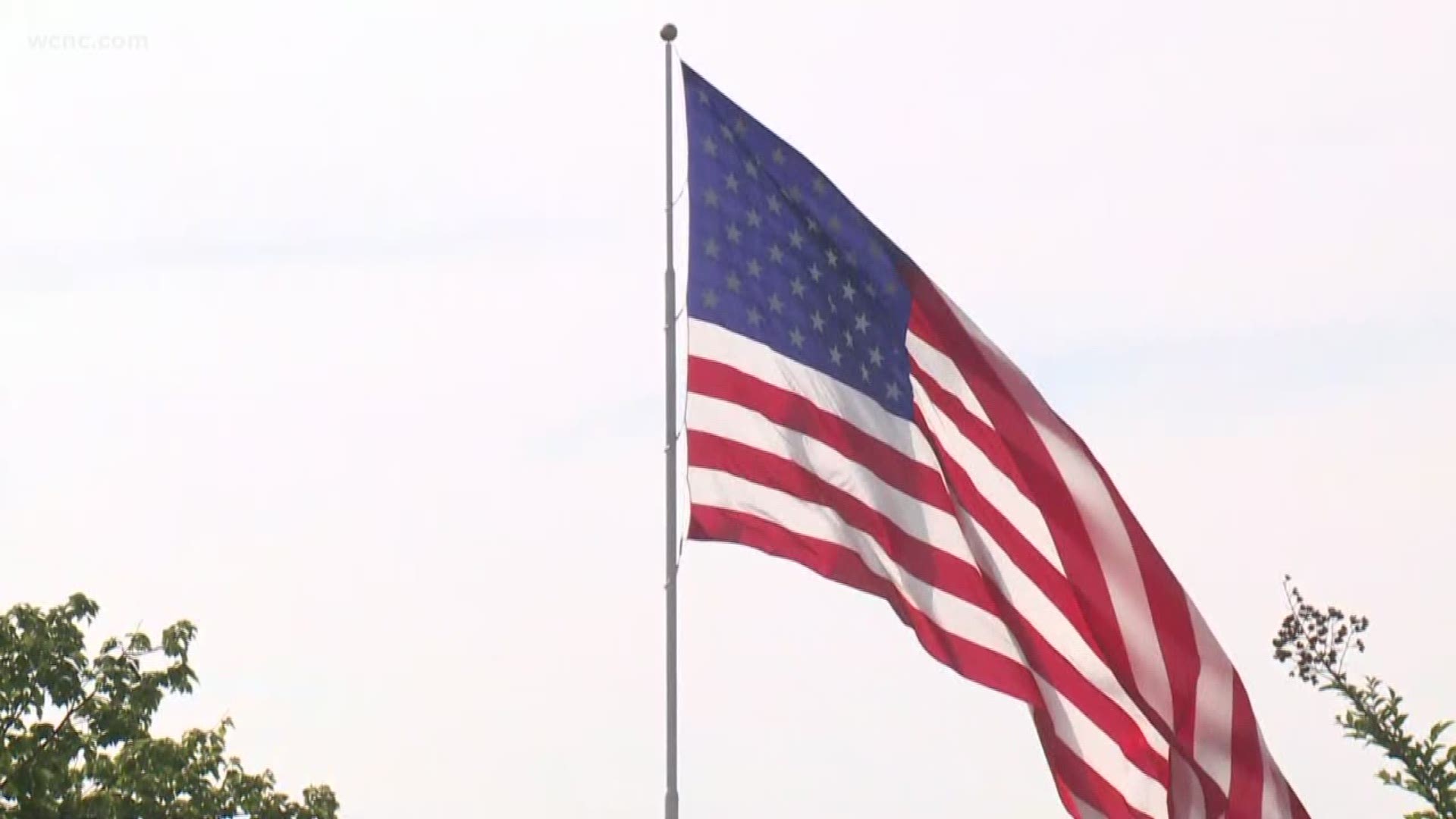 STATESVILLE, N.C. — The mayor of Statesville is proposing a change to a city ordinance that governs the size of flags.

The proposed change, if it is approved, would allow a huge American flag being flown by GanderRV next to I-77 to continue to fly.

The city had been trying to get CampingWorld, that owns GanderrRV to replace the flag with a smaller one that would conform to the city’s flag ordinance.

Some longtime residents like Phil Ingram think the city is out of line.

“It’s the first thing people see when they enter the town of Stateville and it is a beautiful flag”, said Ingram.

The idea behind the ordinance was to block groups that might want to raise large Confederate Flags like those that are in a couple of locations along I-40.

When Statesville filed suit to try to force the removal of the Gander flag, that sparked outrage locally and from across the country.

“People from all over the country have jumped on this issue and called us names I ca’t repeat...When our community’s efforts to conduct business in an orderly lawful manner begins to hurt or businesses, then it is time to put a stop to it.”

The change to the ordinance must be approved by the City Council. The next meeting is set for July 15th.