Rev. Warnock said his historic election taking place hours before the violent and deadly U.S. Capitol riot shows "there is still a whole lot of work to do." 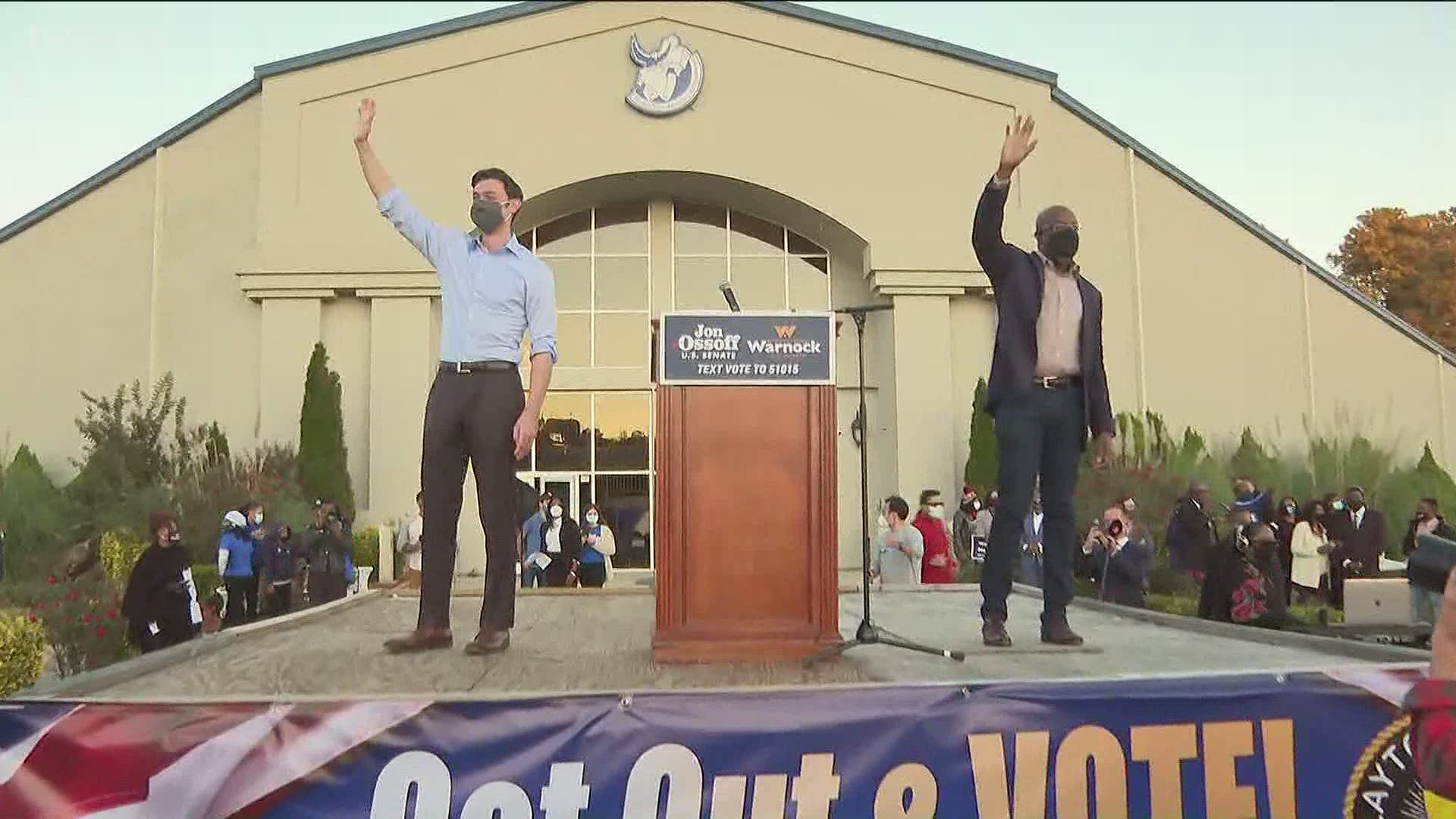 For more than a decade Warnock has preached from the pulpit of Ebenezer Baptist Church. It is the same Atlanta church Dr. Martin Luther King, Jr. preached from as pastor.

King's messages and leadership in the Civil Rights Movement inspired countless people in the Black community. Now, King's oldest son believes Warnock is also serving as an inspiration by being a Black Senator and the first from Georgia.

RELATED: Who is Rev. Raphael Warnock

"It opens doors," Martin Luther King, III told 11Alive. "You know he is the first, but it certainly means other African-American young men and young women can also aspire to run for the United States Senate."

Warnock even reflected on the inspiration of his election victory during his election night speech on Jan. 5.

"With hope, hard work, and the people by our side, anything is possible," Warnock said on that night. "May my story be an inspiration to some young person that is trying to grasp and grab hold of the American dream."

"The power of the example that Rev. Warnock has lived, I think, is going to resonate and has already resonated with tons of young people of all races, but particularly young Black Georgians," Ufot explained.

The road to victory

Warnock's place in history is thanks in part to the dedicated work by a list of Georgia organizations who registered new voters and then followed-up to make sure those individuals voted, specifically in underrepresented communities.

The New Georgia Project is one of the main organizations that have led voter registration and voting efforts around the state in recent years.

"Very long overdue for Georgia to have its first Black senator when you think about states across the deep South including Georgia with a critical number of Black citizens," Ufot said. "The idea that we have so few members from Black communities to have served in the United States Senate feels like a deficiency in our democracy. A hole that is being plugged up little by little, by sending Rev. Warnock and Jon Ossoff to the U.S. Senate."

Sen. Ossoff, sworn-in alongside Warnock, is the first Jewish Senator from Georgia.

From the pulpit to the Senate

Less than a day after the Jan. 5 runoff election Warnock won, the violent deadly riot at the U.S. Capitol took place.

The following weekend Warnock gave a sermon at Ebenezer, discussing the history of his election win and also Ossoff's. Their victories were overshadowed as the country reflected on the violence in Washington.

At Ebenezer, Warnock has preached to a predominately Black congregation. In the model of Dr. King, his sermons often advocate for equal rights for all. Martin Luther King, III wants to now see Warnock turn those sermons into legislation.

"Now he is not only able to just talk about Medicaid expansion, to be part of creating legislation that ensures everyone in the state of Georgia has health care, that ensures we can begin to create a full employment economy for our state and our nation," he said.

Warnock is one of only a handful of Black Georgians to win a statewide election.  Justice Robert Benham won five statewide elections during his career serving on Georgia's Supreme Court from 1989 until his 2020 retirement.

A changing electorate and the push by organizations to register thousands of new voters nearly pushed Stacey Abrams to a gubernatorial victory in 2018, though she ultimately lost to now Georgia Gov. Brian Kemp.

On the same Jan. 5 runoff ballot as Warnock, Daniel Blackman running as a Democrat lost by less than one percentage point or 33,727 total votes against incumbent Republican Lauren 'Bubba' McDonald.

A roadmap for other states

Warnock's victory sending him to U.S. Senate though and the grassroots efforts that led to it provides a roadmap King believes, for other communities in other states wanting to see minorities represented in prominent elected positions.

"Fifteen to 20 organizations worked to help turn the vote out," he said. "That same apparatus can be created I believe in North Carolina and South Carolina and Mississippi and other Southern states.

Ufot said similar efforts are underway and being developed in states surrounding Georgia.

"We are already in deep community and relationship organizers and civic organizations in Mississippi, in Louisiana, in Alabama that are thinking what is the path forward," Ufot said.

"What is the path toward a more representative democracy, how do we make sure that every eligible unregistered voter, young person, person of color, new American, gets registered, is confident and understands the choices ahead of them and participates in every election," Ufot said.