As of July 20th, Charlotte's city attorney said the large events are not coming back to Charlotte. 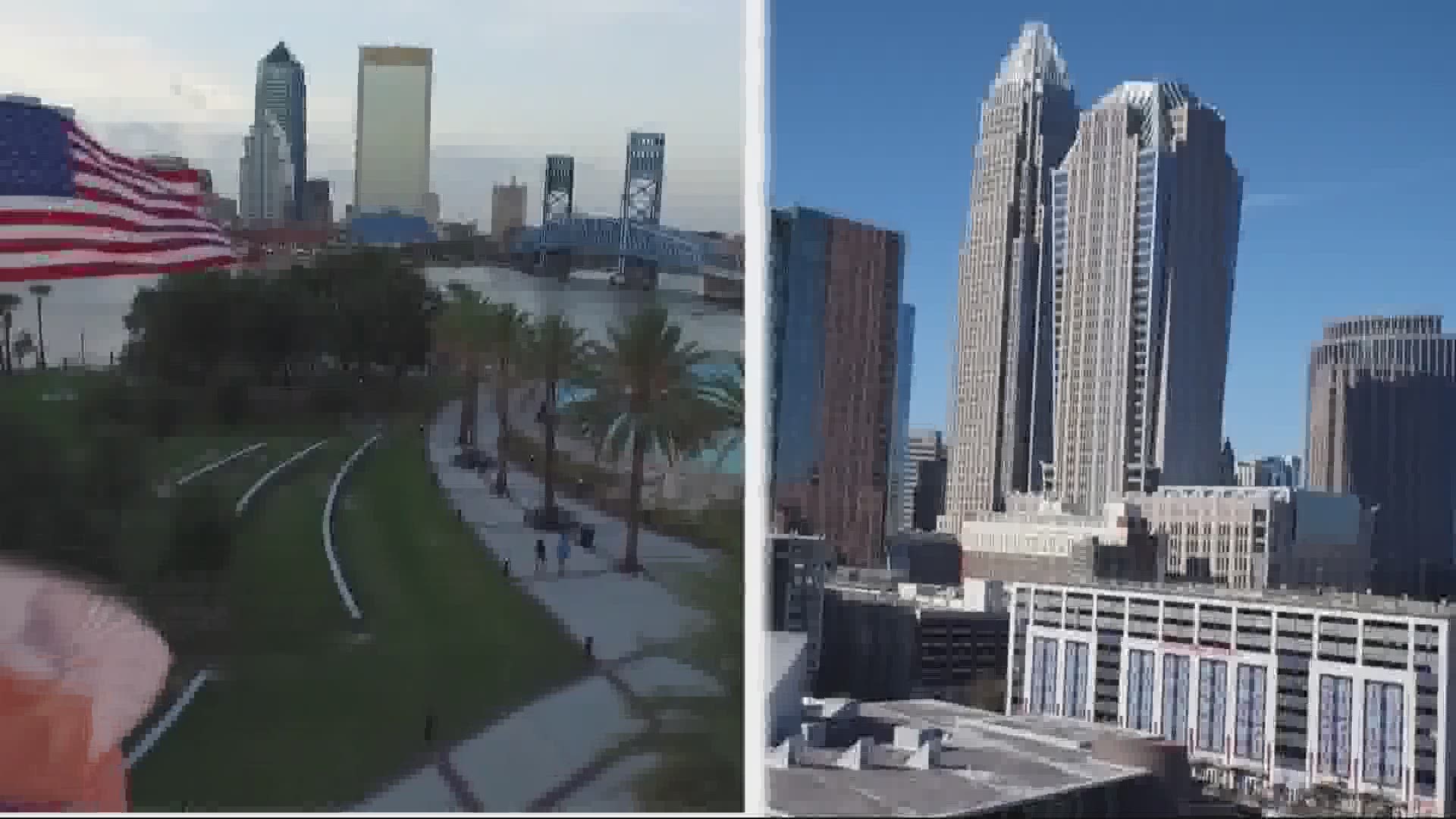 CHARLOTTE, N.C. — Charlotte City Councilman Tariq Bokhari is hopeful that city leaders and RNC officials can go back to the drawing board and come up with a safe way to bring parts of the RNC back to Charlotte after the president pulled the large events from Florida.

President Trump told reporters at a news conference that he made the decision to cancel all the RNC events that were scheduled to take place in Jacksonville, due to the increasing numbers of coronavirus cases there.

"With what's happened recently with the flare-up in Florida, to have a big convention, is not the right time," President Trump said.

It was bombshell announcement Thursday evening by President Trump as he dramatically changed course, pulling the RNC from another battleground state after originally pulling large portions of the event from Charlotte.

"This is the likes of something that we have never seen in modern American political history," said Dr. Michael Bitzer, a political scientist at Catawba College.

"It felt like reality had finally dawned on the president," he added.

As of July 20th, Charlotte's city attorney said the large events are not coming back to Charlotte.

According to an email first obtained by WCNC Charlotte, City Attorney Patrick Baker told the RNC's legal team that, "It is absolutely critical that the Charlotte portion... remain a substantially scaled-down event."

Currently, the plan is to have 336 delegates come to Charlotte for business meetings.

"The president made this decision himself," said Councilman Bokhari.

Bokhari said he learned of the news as the president made his announcement.

He now hopes everyone goes back to the drawing board to bring something back to Charlotte, in hopes of bringing an economic boost to small businesses hit hard by COVID-19 restrictions.

#NEW: @CLTgov provides a statement in regards to Jacksonville RNC plans being canceled by @realDonaldTrump. It seems the city was blind-sided by this, and didn't have a heads up. @wcnc pic.twitter.com/Q9jdVL4Nss

"Right now, we are at a complete missed opportunity and the question is, do we all put aside and out of our mind all the pain and anguish out of the last two years and the last three months, and say we can make lemonade out of these lemons," Bokhari said.

Councilman Bokhari even floated the idea that the president broadcast his acceptance speech live from Charlotte. Those details haven't been released.

He said he believes Charlotte can have more than a few hundred people come to town with safety in mind.

A month out from the RNC, and plans and confusion are still being sorted out.

RELATED: Trump says some schools may need to delay reopening in the fall