Putney: I won't retire in January 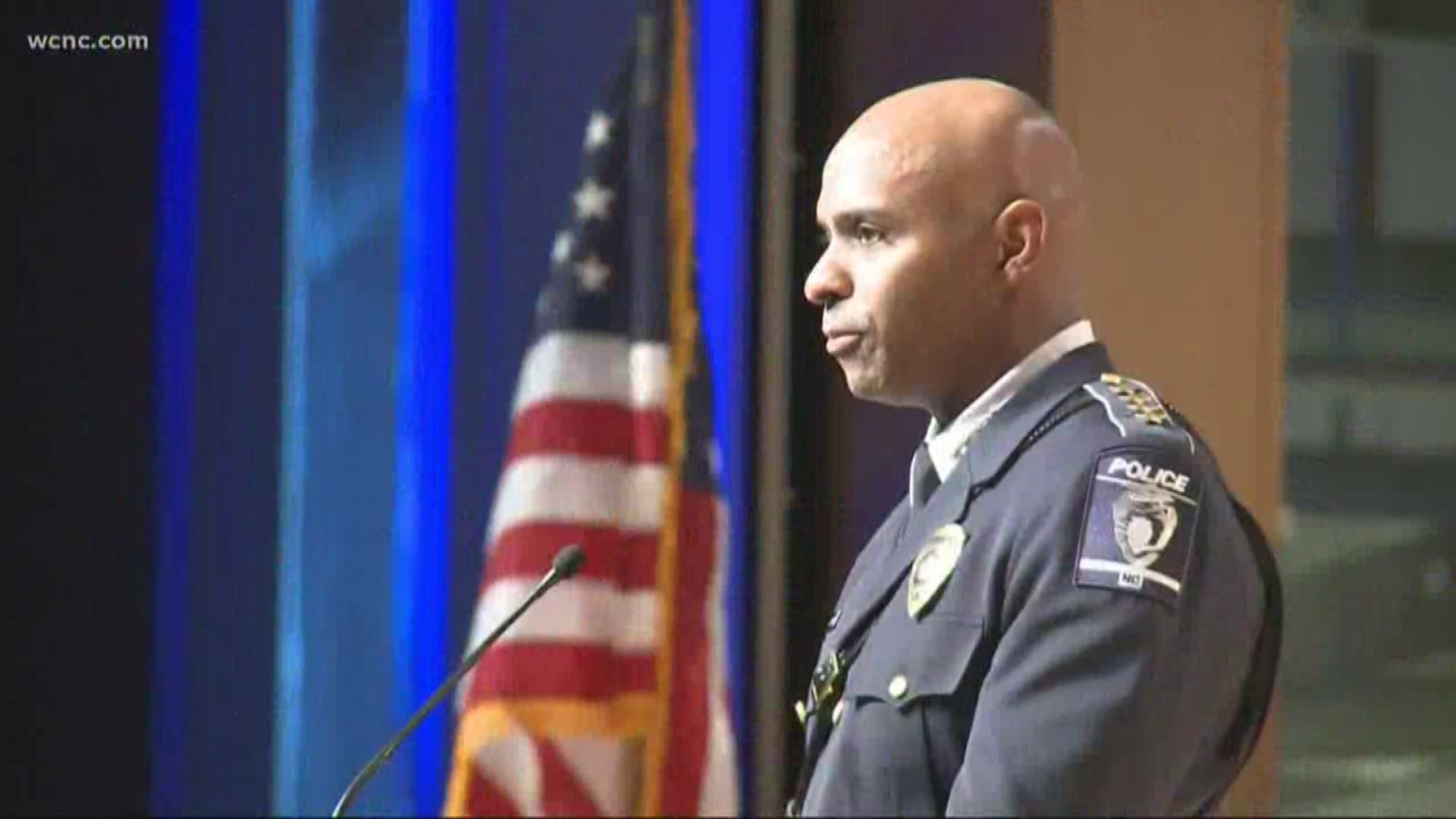 CHARLOTTE, N.C. — Charlotte-Mecklenburg Police Chief Kerr Putney said he no longer plans to retire in January and will stay on the job at least through the Republican National Convention in August.

In October, the city of Charlotte announced Putney would retire on January 1, 2020, then return in March to continue his work with community policing. Putney planned to step down after the RNC, and a permanent replacement would be named.

The law that defines retirement says, "complete separation from active service with no intent or agreement, expressed or implied, to return to service."

NBC Charlotte learned retiring then returning is not uncommon, but announcing it is -- at least statewide.

"When there is a press release and a YouTube video that talks about a person's intent, and we start getting calls about what's going on, it's something we obviously have to start looking into," Folwell previously said.

City officials insisted there have been plenty of people who retired, were rehired, and announced it in advance.

"I was just trying to do what so many others before me have done. Take a break, relax, refocus, and reengage. Still going to relax but I’m not going to retire to do so."

"Right now, we’re in a good place with conversations with the state retirement system, the leadership there. We’ve already provided our policies. We want to make sure our policies clearly align with their expectations and interpretations," he added.

Putney did not give an official retirement date. He did say he would keep any plans that were already made for trips with his family.

We’re very appreciative in learning of Chief Putney’s continued service to the people of Charlotte, and working with us and the City of Charlotte to resolve this matter.

We at the N.C. Department of State Treasurer are in the retirement and check-delivery business for those that teach, protect and serve. We have approached this situation as we would with any other public servant. That means we have spoken with the Chief and City of Charlotte on every occasion to make sure important customers like the employees of the city fully understand retirement requirements to make the best decisions.

“To repeat, our position on this issue is not only fully outlined in the retirement papers but is also the position of every state treasurer in North Carolina for the last 30 years.