Former CMPD chief: Some DNC '12 protesters wanted to be arrested, "we negotiated when and where."

Charlotte has the benefit of having going through a dress rehearsal of sorts once before, as the host of the 2012 Democratic National Convention. 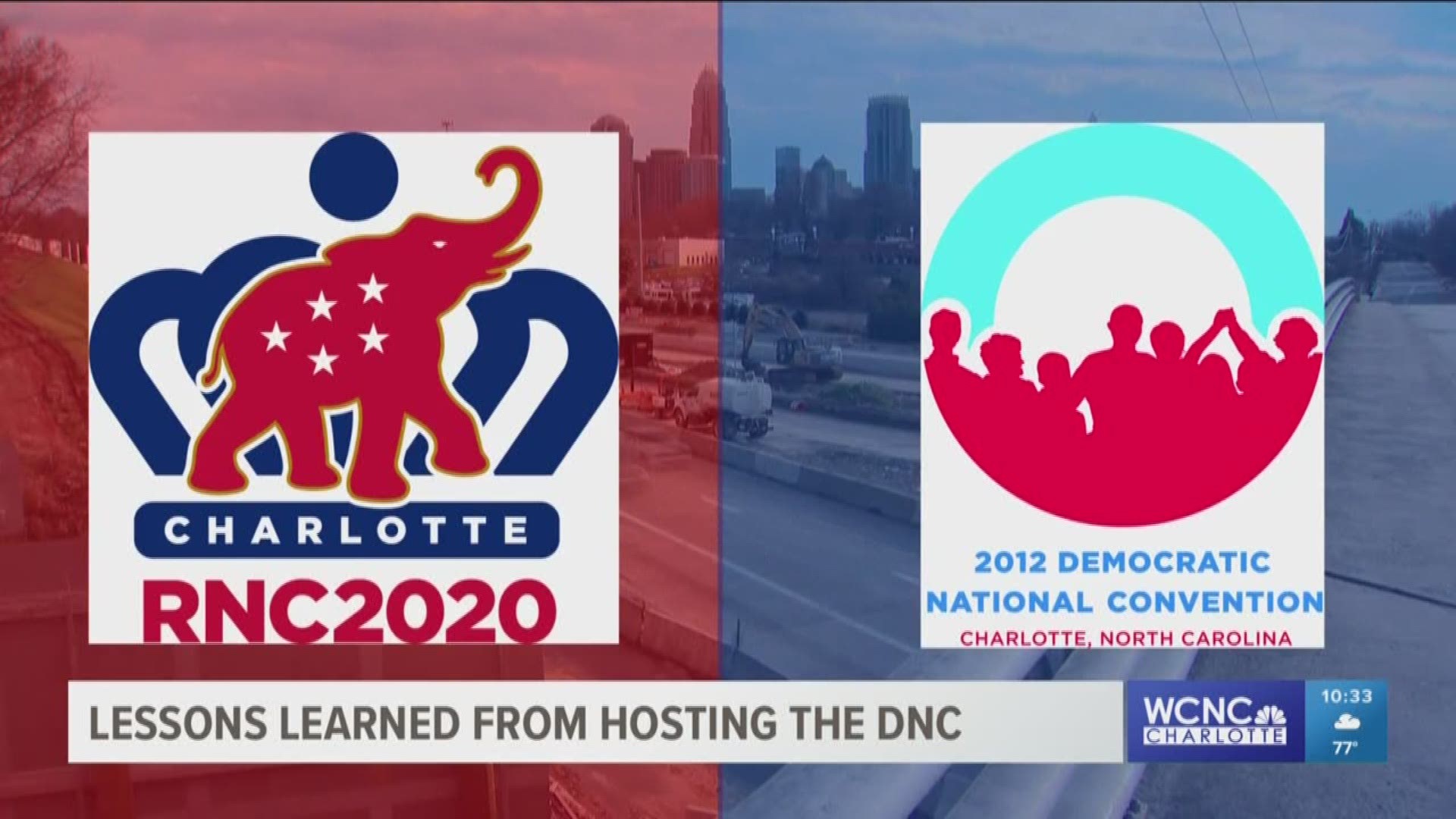 CHARLOTTE, N.C. — There's a lot of buzz about how the Queen City will handle the 2020 Republican National Convention, a massive international event.

Other host cities have reaped economic benefits, yes, but sometimes at the price of protests and violence.

Charlotte has the benefit of having going through a dress rehearsal of sorts once before, as the host of the 2012 Democratic National Convention.

Speaking with those around for the DNC, you can glean some real insight about what the challenges were back then and how this time around could be very different.

“Our thought process was to expect the worst," recalled Rodney Monroe, who was the CMPD chief of police at the time of the DNC.

“We were able to anticipate a lot," he said.

The department was widely applauded for their work at the DNC. No one was hurt and only 25 people were arrested, 16 of those arrests were pre-negotiated between CMPD and protesters.

“Certain demonstrators wanted to get arrested," Monroe said. "We negotiated when and where they’d be arrested. We would give them 5-8 minutes of sitting in the street and then we’d effect arrest.”

Monroe offered exclusive insight into their behind the scenes preparations, which included shipping officers off to volatile protests elsewhere in the country.

“We wanted our mobile forces to see it and experience it, someone yelling at you, someone pushing up against you, touching you," Monroe said.

"We had observers we assigned that were paying attention to officers to see how they were reacting to see if they were getting aggressive and they were pulled off the line," he added.

Every possibility was meticulously prepared for.

“We even managed to have glass companies on standby so if a window was broken in a protest, it would be fixed right away. We didn’t want images of a torn-up city on anyone’s mind," he said.

It seems those little details made a big difference, making for an overall smooth event.

Of course, that was then; this is now.

Things are different. Monroe knows the 2020 RNC will be different, too.

“I think the challenges may be threefold, even higher," he said.

But also, he said, because today’s culture of counter-protesters is something that didn’t really exist back then.

“I think you’re going to need a lot more strategy going into the RNC about how are we going to separate these groups who flat out hate each other," Monroe said.

The 2016 RNC in Cleveland Ohio was relatively tame, with no major injuries or violence reported. But a lot has happened since then, too.

“I think the security aspects of it grows enormously. It’s not someone who’s running for president; you have an actual sitting president," Monroe said.

Looking back now, the former chief can smile. And although he’ll laughingly jab that he doesn’t envy the work Chief Kerr Putney has ahead, he said he’s certain CMPD and the rest of the Queen City are up to the task.

RELATED: Charlotte shines: A look back at the DNC in 2012