No one has yet to sign up to protest the RNC

A group called 'Resist RNC 2020' is looking to be the one stop shop for those looking to protest the Republican National Convention. 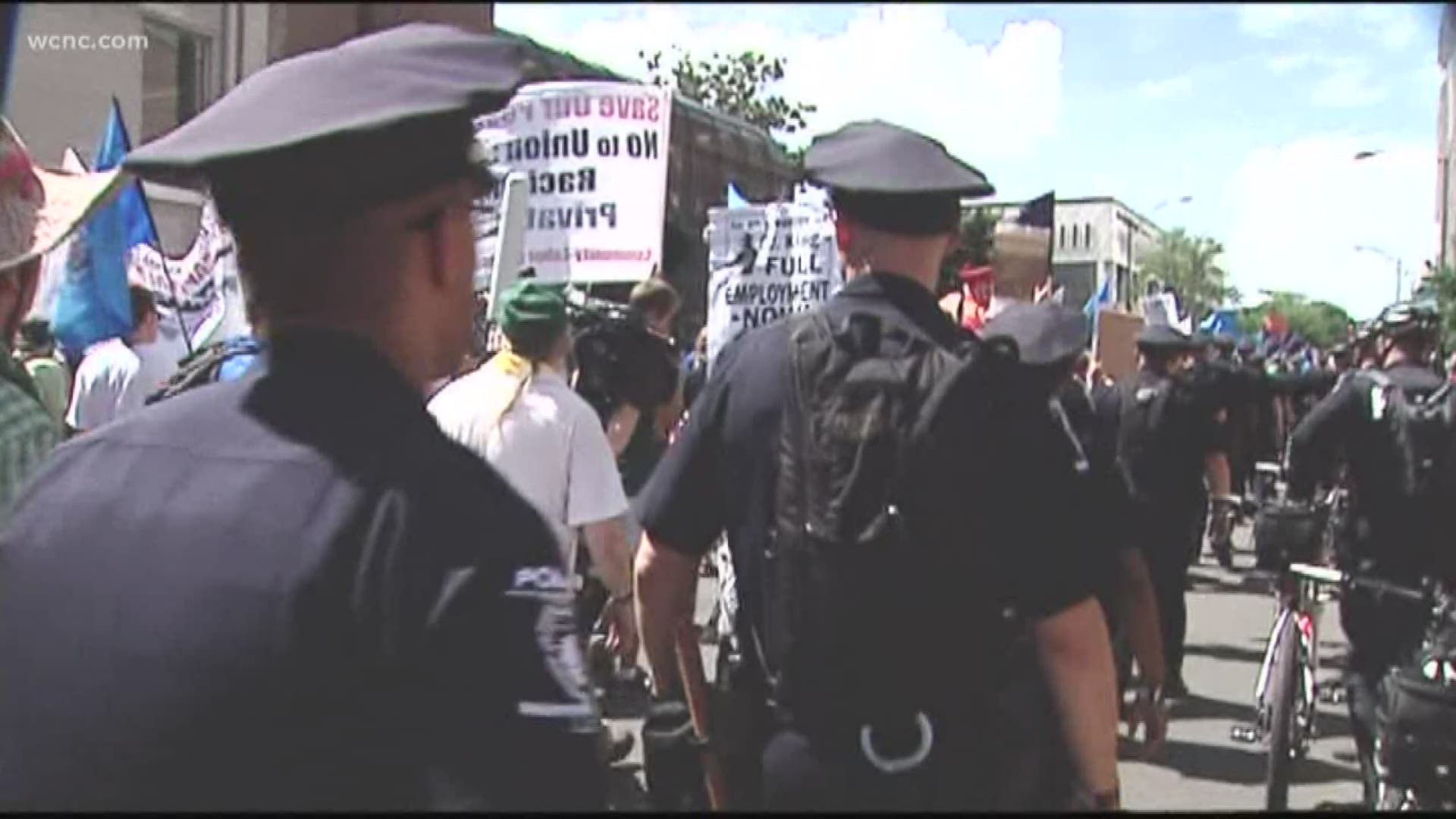 CHARLOTTE, N.C. — The City of Charlotte is now accepting permits to protest the Republican National Convention in August - - but officials tell WCNC NBC Charlotte that permit requests have yet to be filed.

A group called 'Resist RNC 2020' is advocating to be the centralized contact for groups looking to protest the uptown Charlotte event this summer.

"We can sting if we have to, we can punch back, but we're not going to just rollover for the RNC," Liz Millsap Haigler of Resist RNC 2020 said. "We use our voice. We may march."

"No killings, no injuries," Haigler said.

The small group is working to be the point of contact for all demonstrators.

The city has not yet announced a plan or location for demonstrations.

"Our job is to make sure you get to freely express your First Amendment rights, but also that you don't cause harm to anyone else," Charlotte Mecklenburg Police Department Chief Kerr Putney said.

Haigler said in the coming months, her and others will help protesters find housing, get permits, and recruit others. She is hoping for better communication from the city about what steps protesters need to take in the months ahead.

"We want CMPD to treat every one equitably, we prefer no arrests."

The Republican National Convention will be hosted in uptown Charlotte Monday, August 24 through Thursday, August 27.

Putney: I won't retire in January

RNC security perimeter could stretch to I-277

Rules for renting your home during the 2020 RNC