Virginia Rep. Elaine Luria will serve on the panel, saying it's her duty to do so. 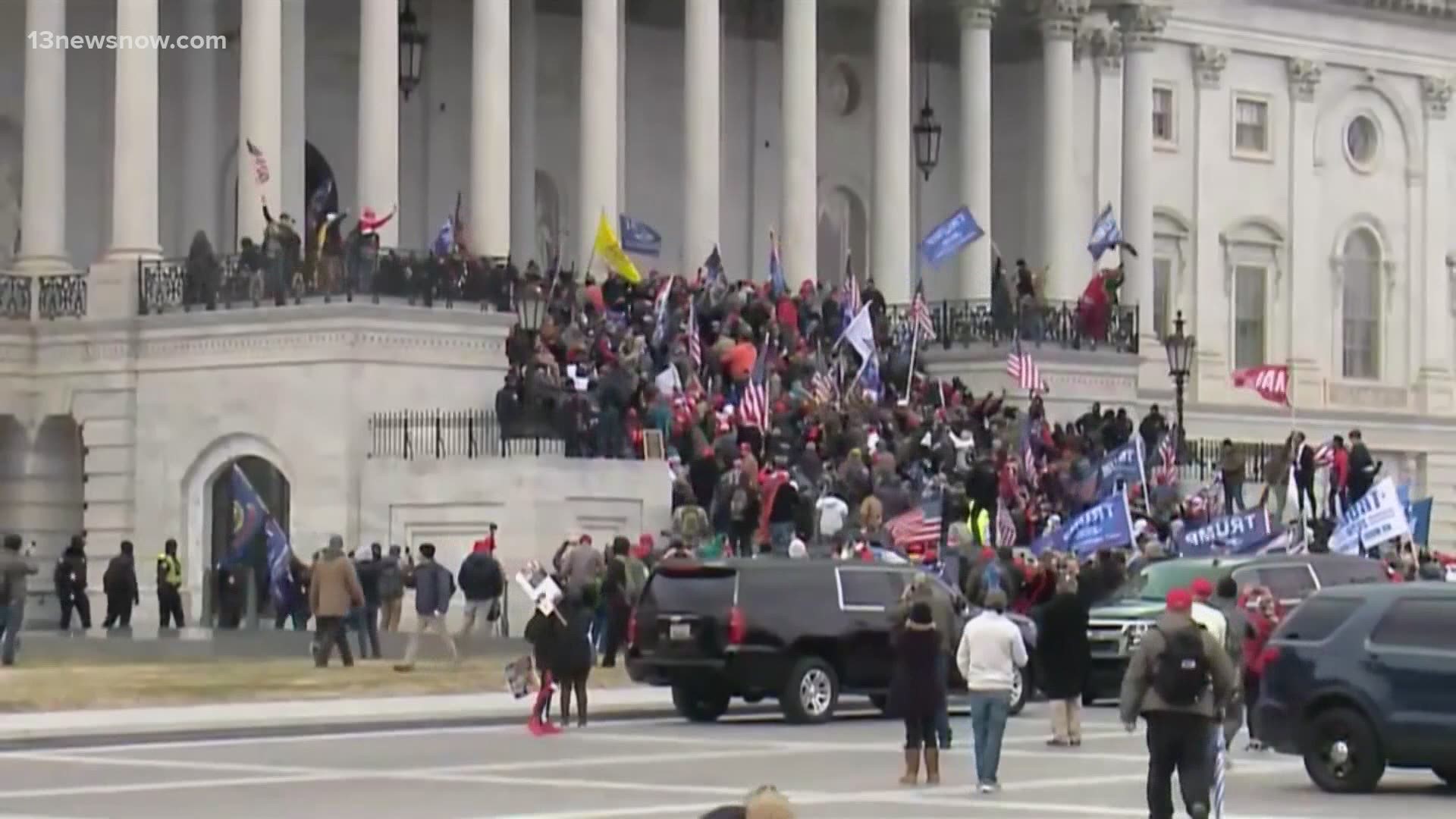 WASHINGTON — It goes down as one of the darkest days in U.S. history.

On January 6, the time-honored American tradition of a peaceful transfer of power was endangered, as hundreds of rioters dissatisfied with the Presidential election results stormed the United States Capitol.

The insurrection was the first breach of the Capitol since the War of 1812. The mob attack left five people dead, more than 500 suspects arrested, more than police 140 officers injured, $1.5 million in damage inflicted upon the Capitol building itself, and it briefly halted the Constitutionally-required certification of President Joseph R. Biden's 7 million popular vote victory.

How could such a thing happen? What can be done to make sure it never happens again? That's what members of the House Select Committee intend to find out.

"I really see this as a duty," said Rep. Elaine Luria (D-Virginia, 2nd District). "It's a responsibility in my job as representative of Virginia and our country to get the answers to stop something like this from happening again."

Getting to all the facts will be challenging, in the face of major partisan disagreements over the composition and objectives of the committee.

Supporters of former President Donald J. Trump have tried to downplay the events of January 6, and House Minority Leader Kevin McCarthy last week withdrew all five of his picks for the panel after House Speaker Nancy Pelosi rejected two of his selections.

Still, the panel's work will begin one way or another on Tuesday, with Luria on board as one of the Select Committee's seven Democrats.

"The fact that this is so important necessitates that we move forward with the vehicle that we have, which is this select committee," she said.

The select committee's first hearing Tuesday will feature testimony from four police officers who defended the Capitol that day.

Rep. Adam Kinzinger (R-Illinois) and Rep. Liz Cheney (R-Wyoming) will serve as the panel's only two Republican members. There could have been an evenly divided, nonpartisan commission, but Senate Republicans defeated that idea.