If it goes through both chambers, South Carolina would have a hate crime bill for the first time ever. 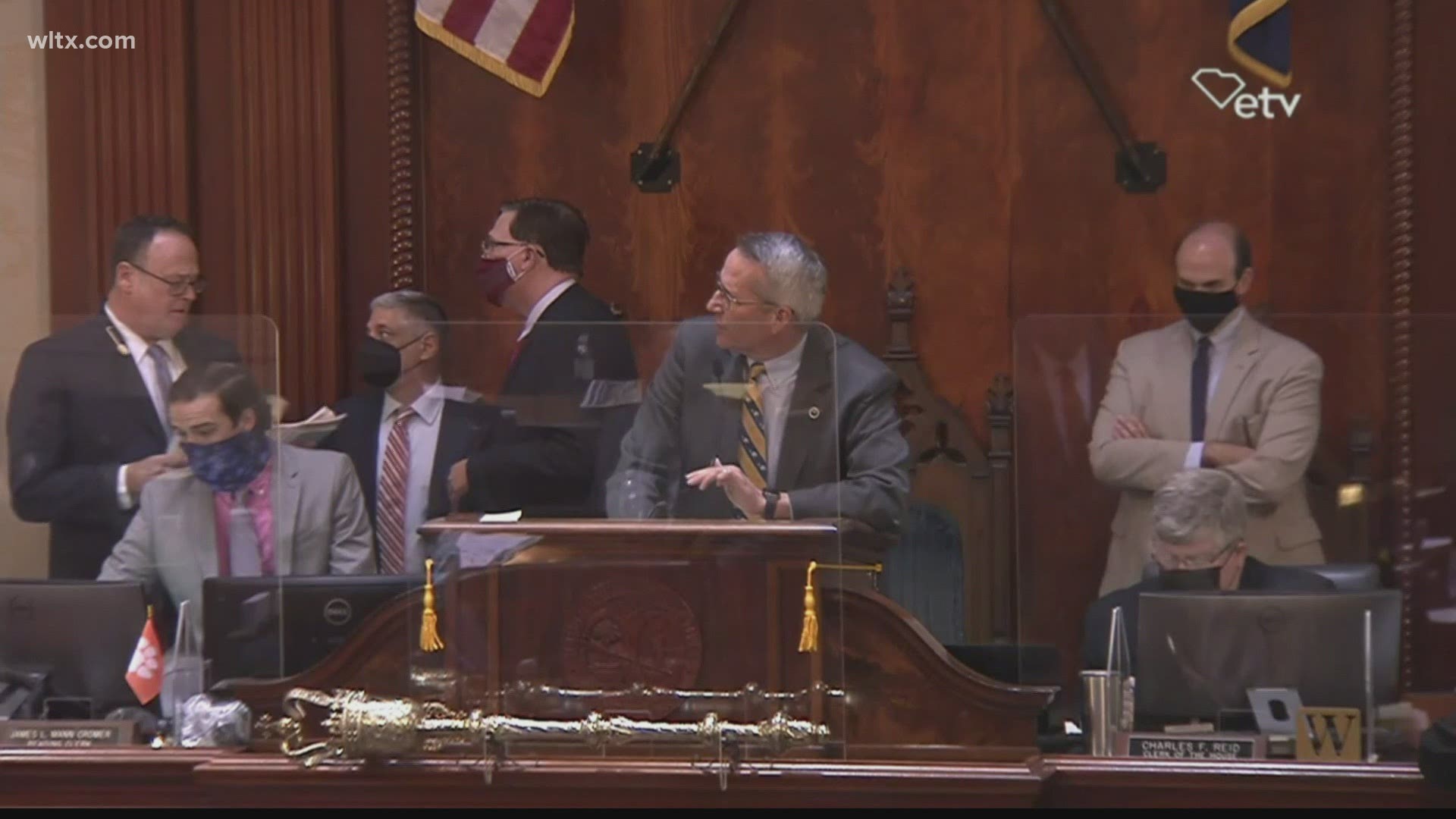 COLUMBIA, S.C. — The South Carolina House of Representatives has given key approval to a bill that would allow added penalties for hate crimes.

The measure was approved on second reading Wednesday by a 79-29 vote. It still needs a third reading to be officially approved, but that's usually a formality.

House Bill 3620 is modeled after Georgia’s hate crime law. It increases fines and jail time for crimes that are committed based on a victim’s race, religion, sex, gender, age, national origin, sexual orientation, or disability. The violations it would target would be violent crimes, including murder, armed robbery, and criminal sexual conduct, allowing penalties of five years and up to $10,000 in fines to other convictions.

South Carolina is one of only three states that does not have criminal penalties for hate crimes. Arkansas and Wyoming are the others.

The Senate must also approve the bill but it's unclear if they will before the end of the current legislative session.

During testimony when the bill was in committee, Richland County Sheriff Leon Lott spoke in favor of the measure, saying when Hispanic members of the community were targeted by criminals, he could not bring additional charges against the criminals because no hate crime law exited.

Some religious leaders worried the bill could harm their liberties, because some passages of the Bible could be seen as hate speech, in some people's interpretations. But bill sponsors said preaching would not meet the definition of violence under the measure.