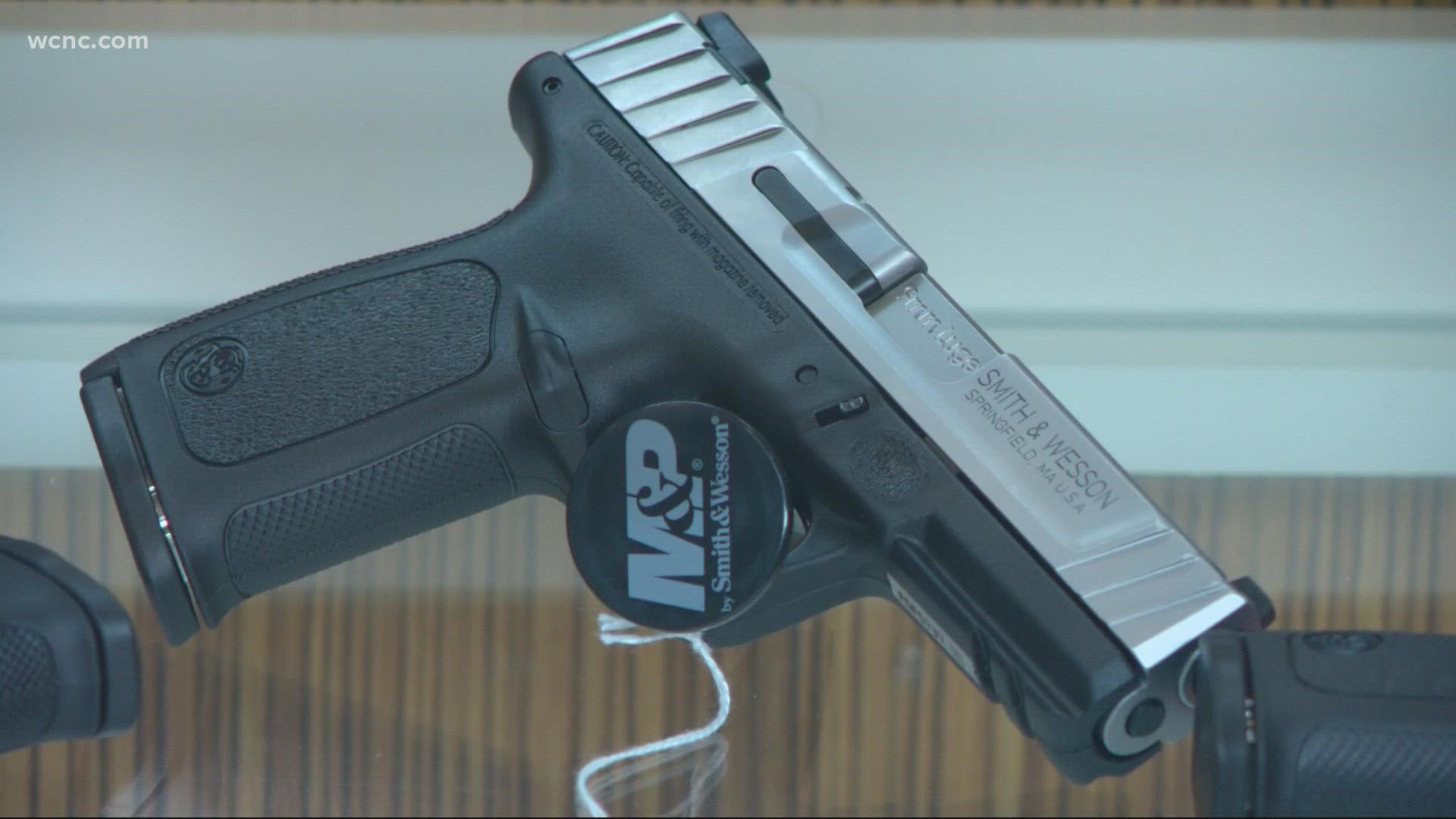 The new law, which was signed by Gov. Henry McMaster in May, allows people who undergo training and background checks to carry guns hidden under a jacket or other clothing to carry their guns openly. Before this law, South Carolina was one of only five states without an open carry law.

"I will proudly support any legislation that protects or enhances a South Carolinian's ability to exercise their Second Amendment rights, and that's exactly what this bill does," McMaster said when he signed the bill into law.

Guns will not be allowed in "gun free zones" like schools and courthouses.

South Carolina Law Enforcement Division (SLED) said it's important to know that this new law doesn't change who can carry a weapon, it merely changes the way a permit holder can carry a handgun in public.

Gun owners will have to go through extensive training to obtain a valid permit. 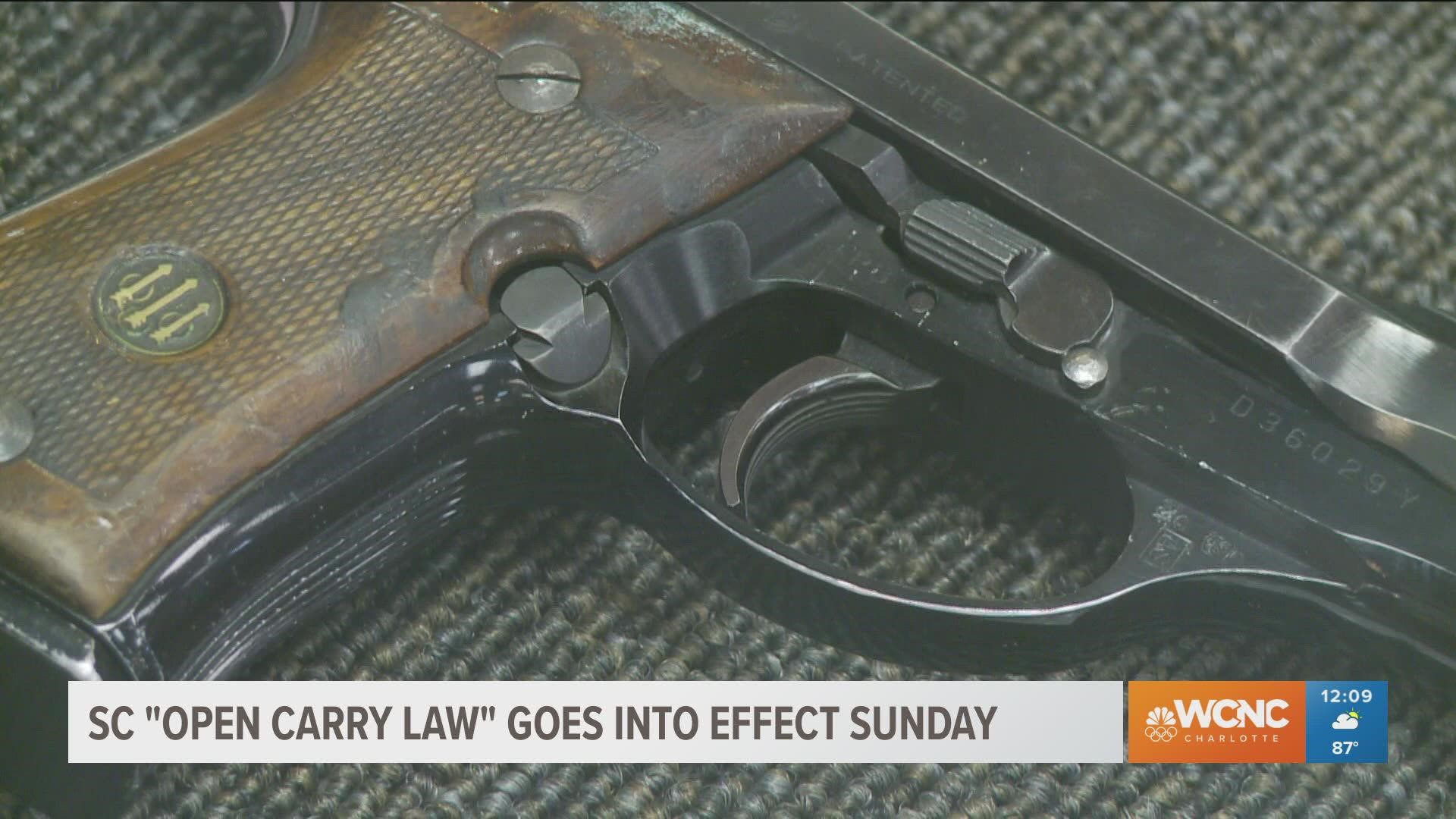 "In addition, the Open Carry with Training Act also does not change where a CWP holder can carry in South Carolina nor does it change the right of a public or private business or employer to post a sign prohibiting or allowing the carrying of a concealable weapon by a valid CWP holder," SLED said.

Meanwhile, not all South Carolinians are celebrating the new law.

"The open carry is good for maybe younger people but as an older woman I don't really want people to know that I'm carrying a gun because then I think I could become a target," Jean Habrukowich said.

Brian Sisson, owner of The Range at the Ballantyne in Indian Land South Carolina, says it comes with more responsibility.

"Know what you're doing, we tell all of our guests that are taking our class practice practice practice, don't just go and get your concealed carry permit, buy a gun and start carrying it thinking you can protect the world, its not going to happen," Sisson said. 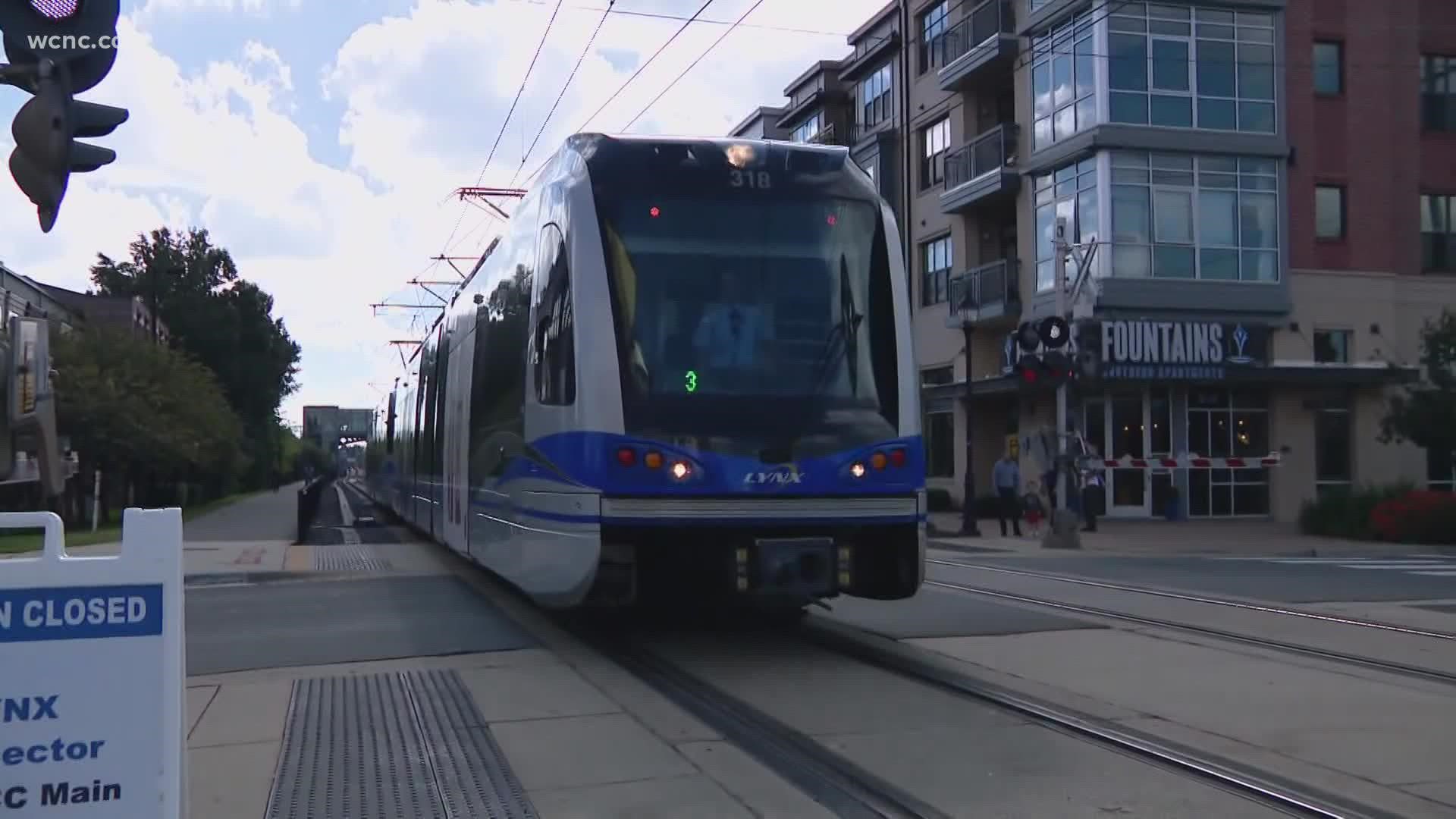