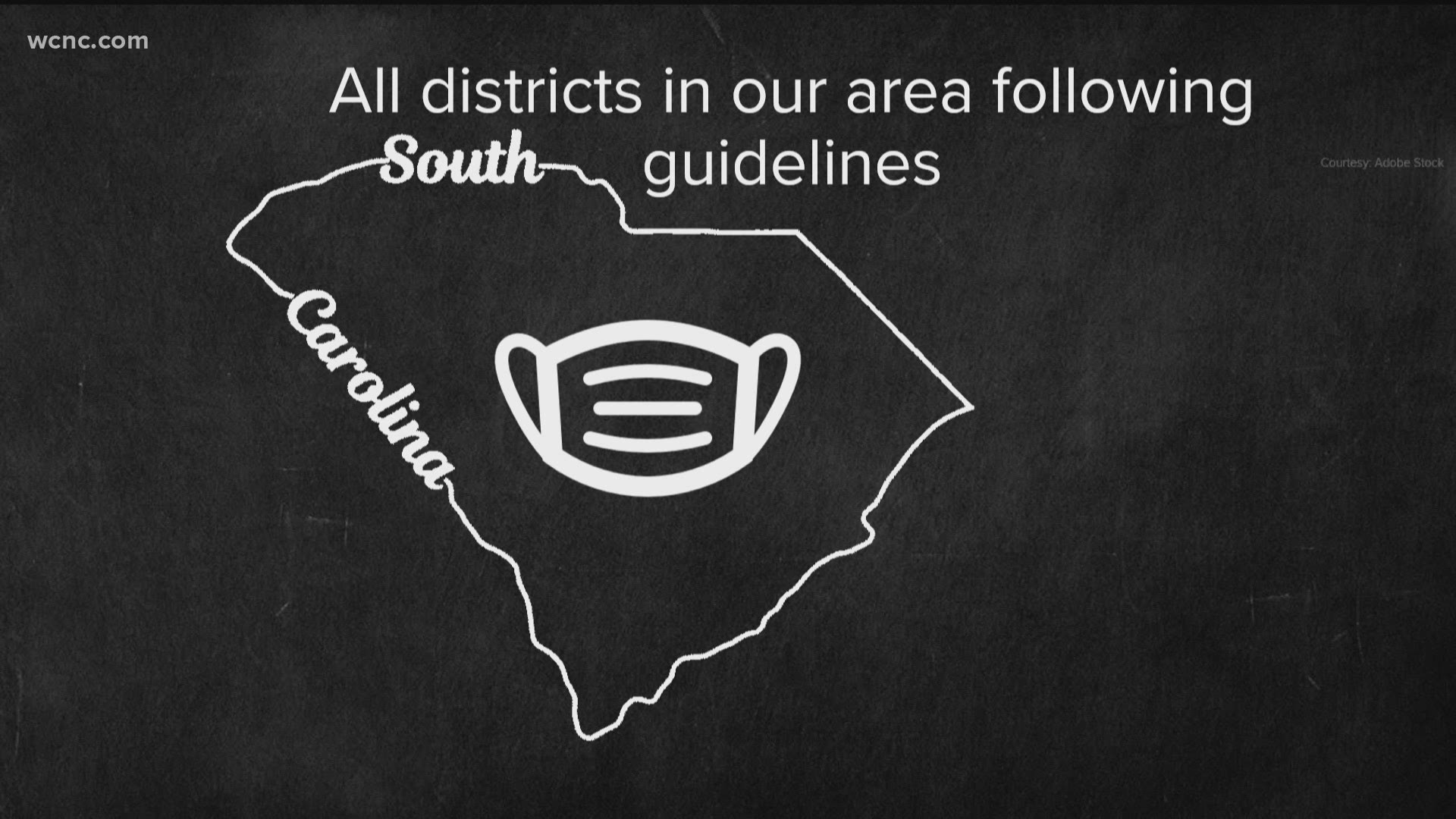 CHARLOTTE, N.C. — Support is growing to end face mask requirements in South Carolina schools as some state lawmakers are calling the mandates an added stress on students, parents and teachers.

Rep. Stewart Jones posted on Facebook that he and several colleagues sent a letter to Superintendent Molly Spearman asking the mandate be lifted immediately.

"My colleagues and I sent a letter today to Superintendent Molly Spearman regarding lifting mask restrictions in South Carolina schools," Jones wrote. "We echo Gov. Henry McMaster, children should not be forced to wear a mask!"

The letter was signed by multiple lawmakers and sent to Spearman's office.

RELATED: SC students 2-3 months behind in math, ELA on average due to pandemic, leaders say

Under current state guidance, masks have to be worn when entering school buildings, on buses and in carpools, as well as when there's not enough room for social distancing. Every district in the Charlotte area is following make guidelines, but not everyone following the rules agrees with the mandate.

One parent told WCNC Charlotte that school is the only place her kids wear masks. Now, more parents are planning to speak at the Fort Mill school board meeting Tuesday to ask the district to drop its face mask mandate.