Counties across South Carolina are certifying their primary results today but a trend is already emerging. 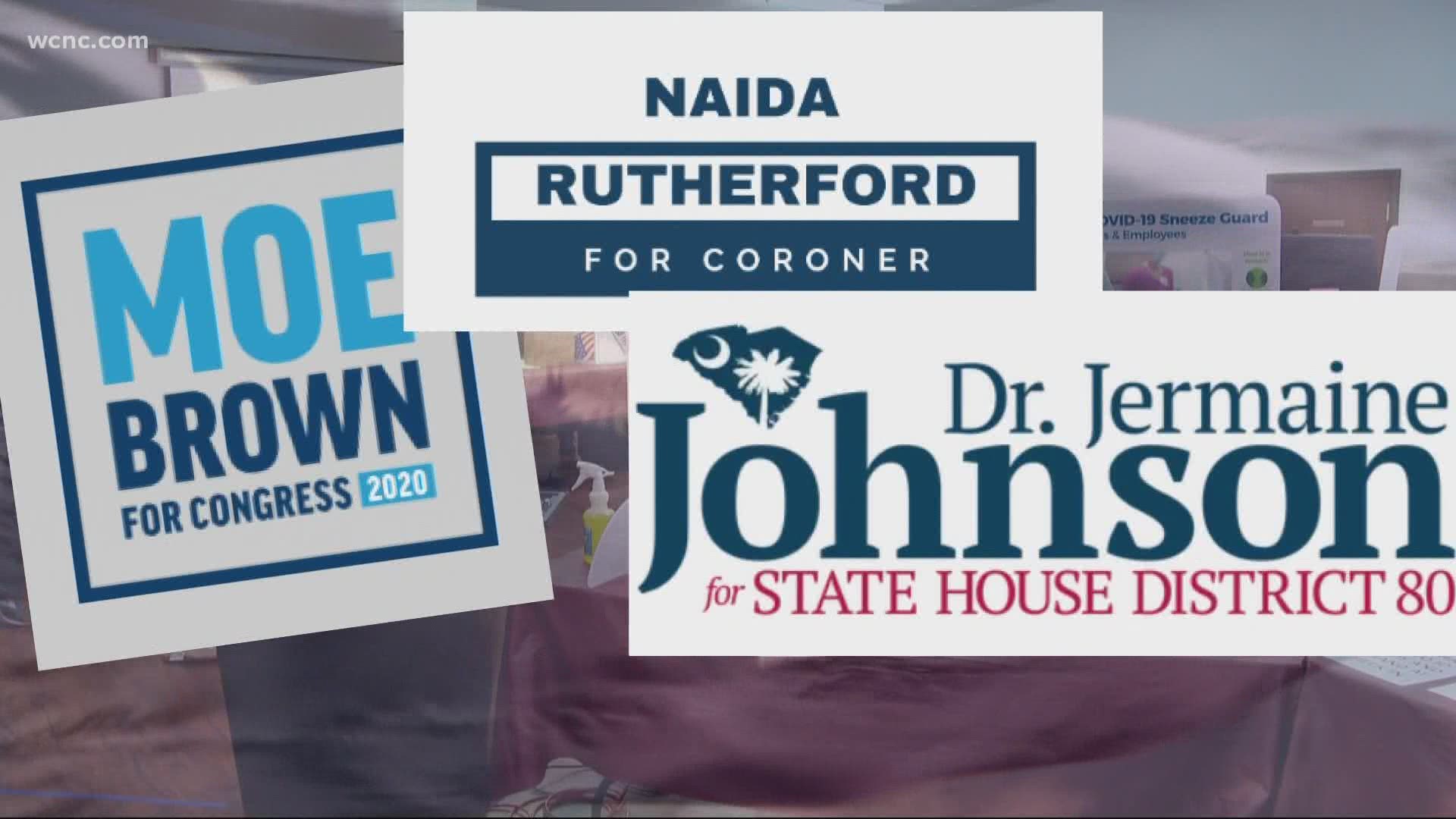 YORK, S.C. — Voter turnout is incredibly high, nearly double the last presidential election year and the power of one group of voters could be putting some big races in play.

African American voters who basically catapulted Joe Biden to the Democratic nomination for president are now showing up for the down-ticket races as well.

A number of black candidates won primaries in races all across the state — and setting up to take on big-name challengers in November.

Lindsey Graham is in an institution in South Carolina politics, having been in Washington 25 years. He's in the toughest fight of his career thanks to Democratic challenger Jamie Harrison.

"Jamie Harrison, the Dem candidate for Senate, is so far, very competitive with Lindsey Graham in both fundraising and polling, and that's pretty much unheard of," said Dr. John Holder, a political science professor at Winthrop University. "Lindsey Graham has not had a seriously competitive opponent before."

Many black candidates across the state are winning their primary races against long-term incumbents.

RELATED: 'The show must go on' | Primary elections adapt due to COVID-19

In South Carolina, the primary is often the time when change happens.

"If we look at what's happened with senior Republican lawmakers across the state since 2010, those lawmakers haven't been defeated by liberal or moderate Democrats in general elections, they've gotten primaried," said Dr. Adolphus Belk, Winthrop University political science professor.

"Over 60% of the Democratic primary electorate is African American. The people who now make up the majority of voters in the Democratic party in this state are going to want candidates who share their views, share their interest, people they identify with," said Holder.

Voter turnout across the state Tuesday was at a whopping 24%. That's way up compared to the last presidential primary, which was just 14%.

"We've seen people have a lot of interest in voting a lot of new voters coming out, particularly those inspired by those events of the last two weeks particularly those who share their ideals on justice and equality, people want to come out and be part of the process," said John Kraljevich, York County Democratic Party Chair.

Election officials say this primary could a bellwether for the big November election.

"This is important to people I think people are seeing the connection between the votes they cast and the policies that affect them and their families," said Kraljevich.

Another big contributor to voter turnout interestingly COVID-19. More people had the option to vote absentee because of the state of emergency and they took it. Absentee voting in York County alone was up 160%.

Making it work: Some jobs may become permanently work-from-home after COVID-19