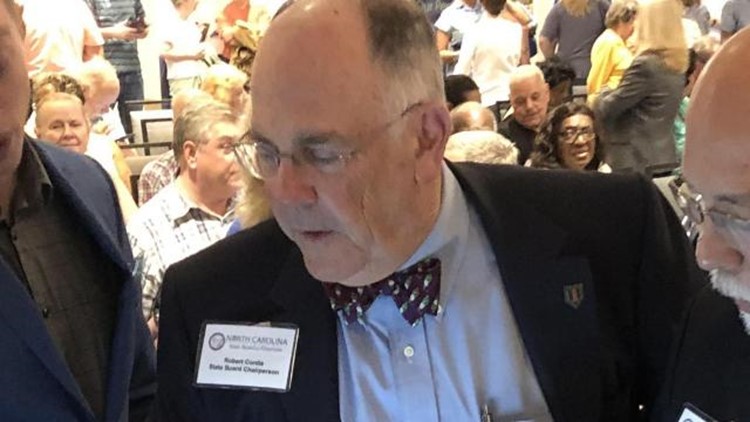 CARY, N.C. — State Board of Elections Chairman Robert Cordle resigned from the board Tuesday after he opened a statewide conference for hundreds of election officials Monday with a joke about cows and sex.

His resignation was effective immediately, and late Tuesday that he accepted it.

Cordle's resignation means the board will soon have its fourth chair since early December, when another Cooper appointee resigned over political Tweets.

The resignation comes at an important time: The board is slated to meet Thursday to revisit a vote it took Monday night on certifying new elections equipment, and Cordle being gone would seem to lock the board in a 2-2 tie on the matter until he's replaced.