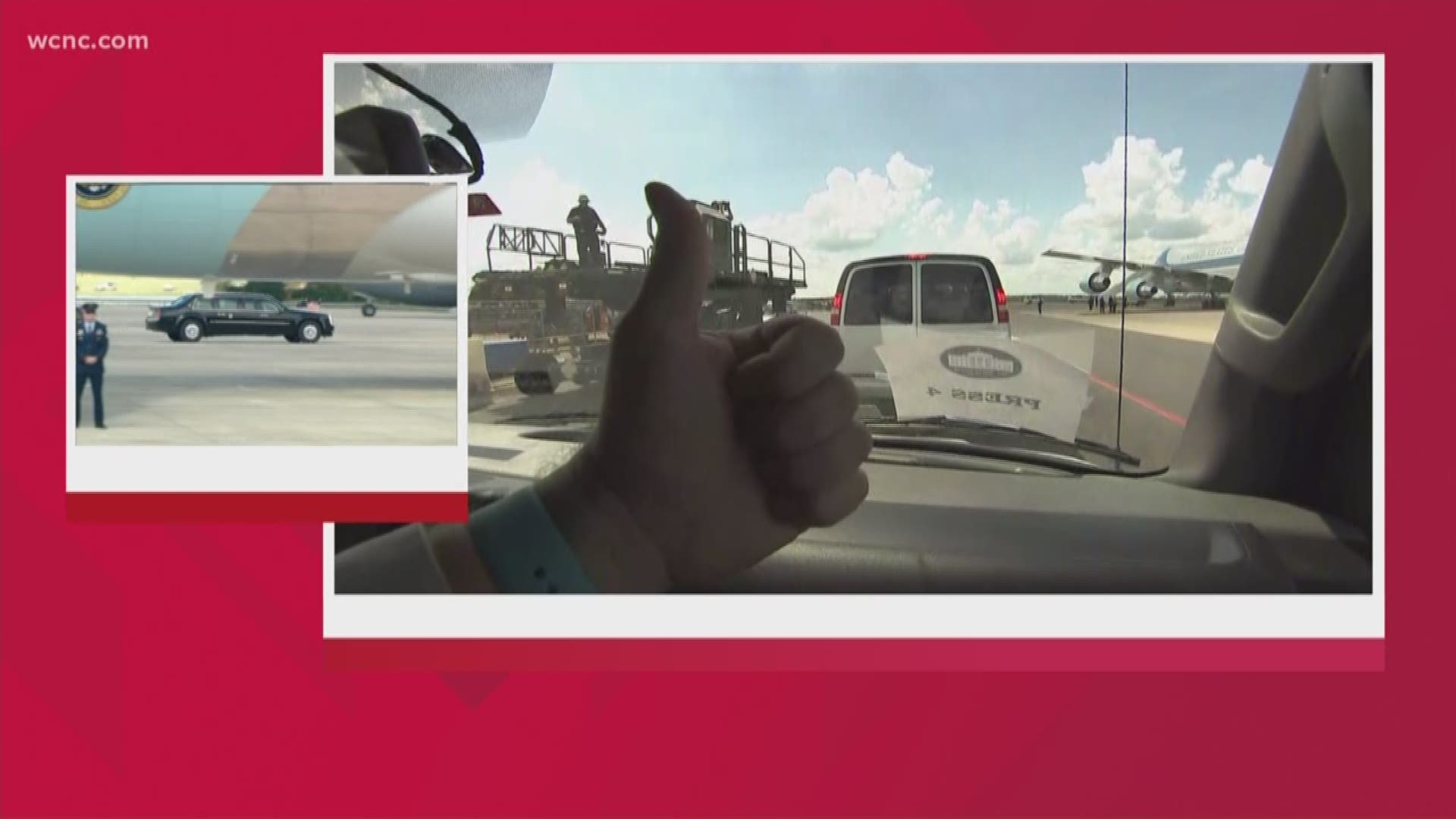 CHARLOTTE, N.C. — The Labor Day weekend is off to a busy start in the Queen City as President Donald Trump made two stops in Charlotte Friday.

RELATED: Everything you need to know about President Trump's visit to Charlotte

Here were the minute-by-minute updates on President Trump's visit Friday: 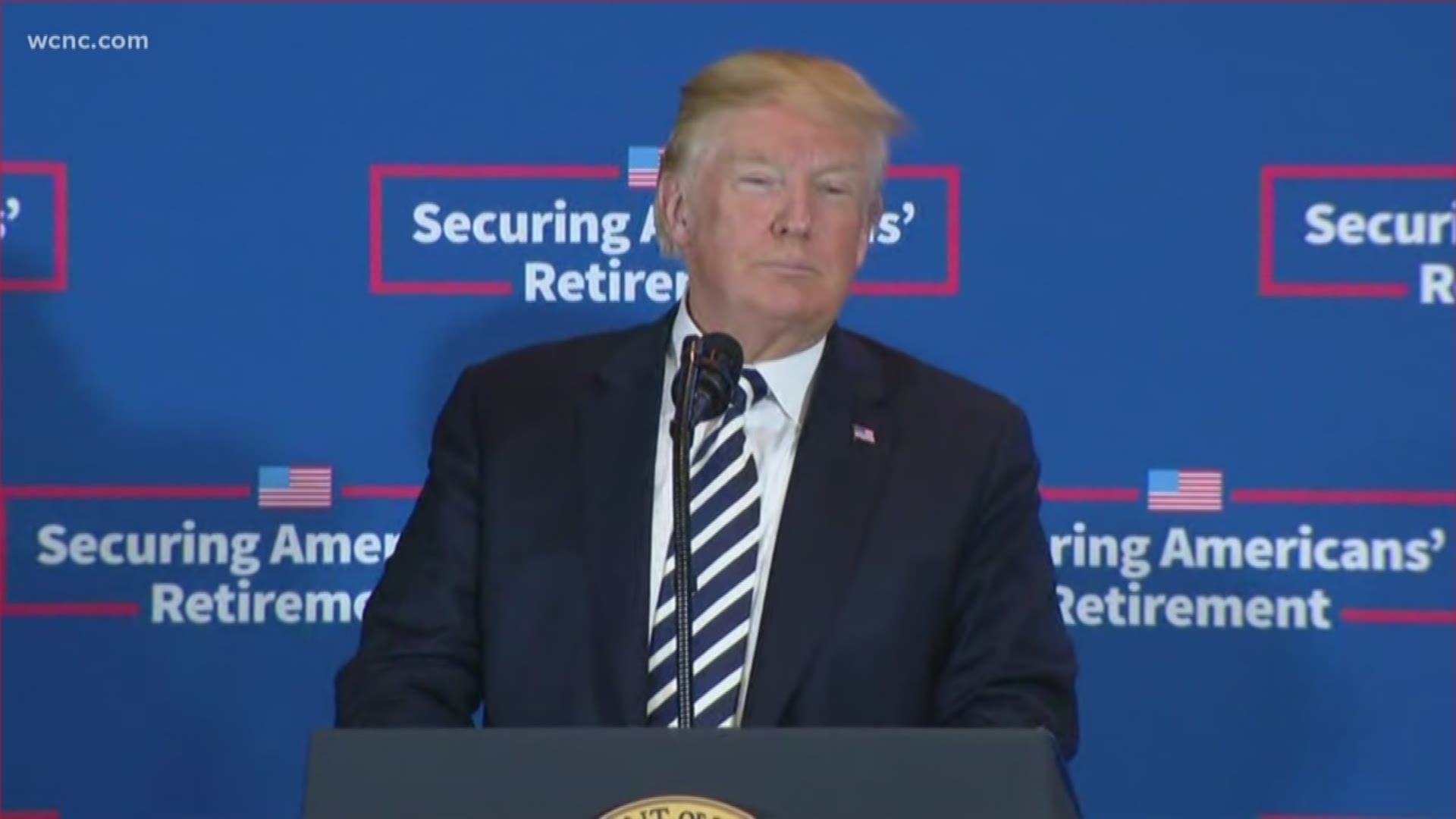 "That's why Kanye West and Jim Brown... came out in favor of Trump," he added.

3:33 p.m.: President Trump vowed retirement savings will be available to more Americans than ever.

3:20 p.m.: President Trump throws a jab at our neighbors up north, saying "Canada has taken advantage of us, as have other countries."

3:05 p.m.: As President Trump wished the public a happy Labor Day weekend, he said, "wherever you go, stay in North Carolina. It's a great place." 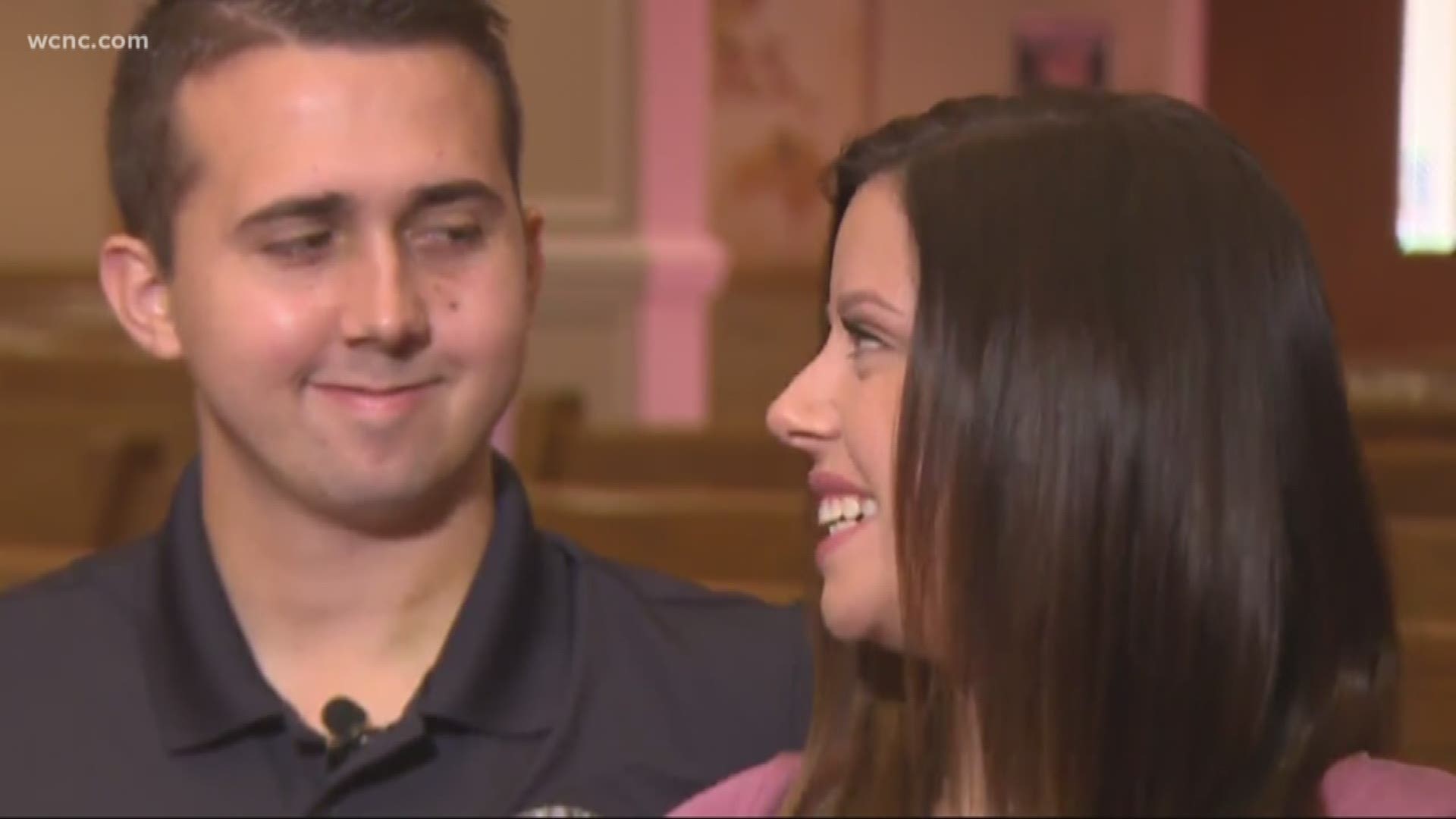 2:38 p.m.: President Trump was spotted walking off Air Force One. 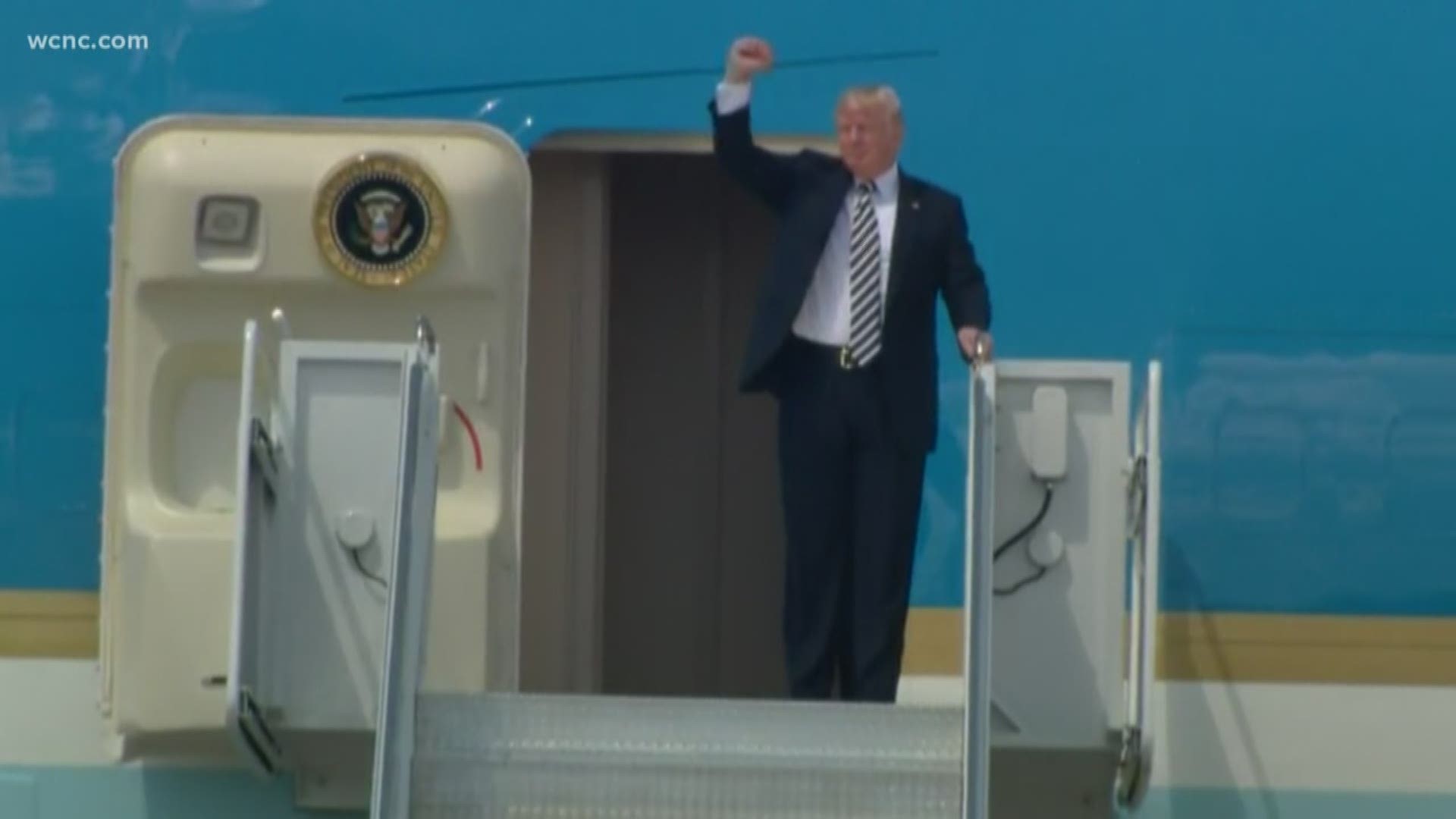 2:37 p.m.: President Trump sends a tweet criticizing Bloomberg moments before stepping out of Air Force One.

Wow, I made OFF THE RECORD COMMENTS to Bloomberg concerning Canada, and this powerful understanding was BLATANTLY VIOLATED. Oh well, just more dishonest reporting. I am used to it. At least Canada knows where I stand!

Several politicians and business leaders lined up getting ready to meet @realDonaldTrump ahead of his scheduled visits. Pres. Trump has just touched down in CLT. https://t.co/ZL1FWeTxbr pic.twitter.com/3jcIs22WAg

Air Force one and @realDonaldTrump have officially landed in Charlotte. @wcnc pic.twitter.com/PpzimJNUeX

2:00 p.m.: Protesters were spotted making their way to the Carmel Country Club.

Some of the signs outside Carmel Country Club. @wcnc pic.twitter.com/45nhlWD99l

1:27 p.m.: Air Force One departs Andrews Air Force Base for Charlotte Douglas International Airport. A White House spokesperson confirmed that President Trump is on schedule for a 2:15 p.m. arrival to Charlotte.

1:22 p.m.: Trump boards Air Force One in preparation for his flight to Charlotte.

TRUMP TO CHARLOTTE: @realDonaldTrump has just boarded Air Force One -- he is headed for Charlotte, NC where he will make two scheduled appearances. (Photo: Getty Images) pic.twitter.com/Rlpvfw3xLE

1:17 p.m.: Marine One touches down at Andrews Air Force Base in Maryland with President Trump.