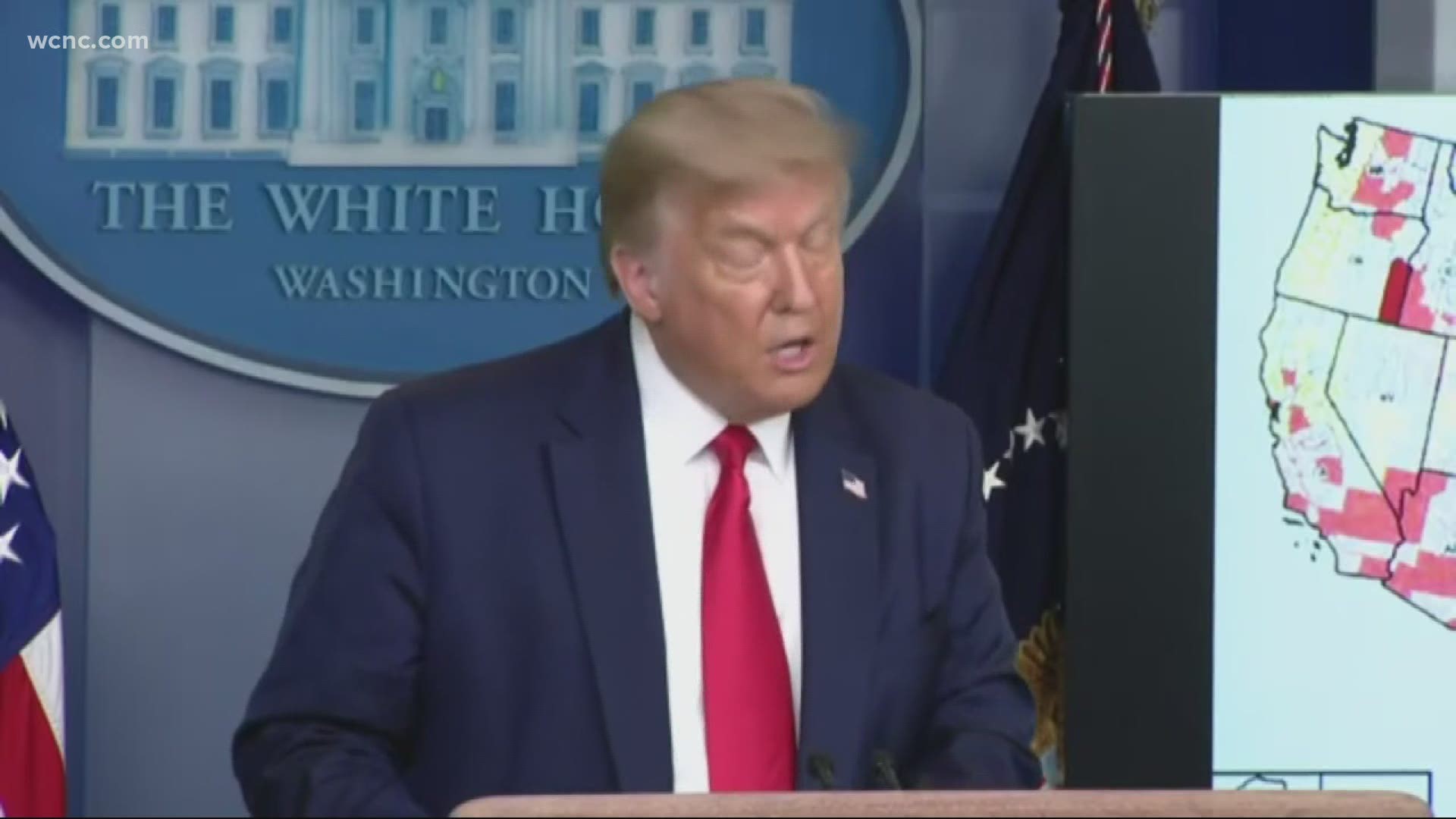 CHARLOTTE, N.C. — In a daily coronavirus news conference, President Donald Trump announced that he is canceling the Jacksonville portion of the Republican National Convention.

"I told my team it's time to cancel the Jacksonville, Florida component of the RNC," Trump said.

"We were never taking that off, it will remain as it is," Trump said.

#BREAKING: @realDonaldTrump just announced that he is canceling the #Jacksonville portion of the #RNC

A small subset of GOP delegates will still gather in Charlotte to formally renominate Trump on Aug. 24. Trump said he would deliver an acceptance speech in a smaller form.

"We won't do a big crowded convention per se, it's just not the time," Trump announced.

According to Trump, a new RNC plan will include tele-rallies and online events for the week that the RNC was planned.

The City of Charlotte issued a statement that said an agreement with the RNC is in place to "host a substantially scaled-down business meeting."

The city said it did not receive any notice from the RNC of any plans to cancel the Jacksonville portion of the convention.

Trump moved parts of the GOP convention to Florida last month amid a dispute with Gov. Roy Cooper over holding an event indoors with maskless supporters. But those plans were steadily scaled back as virus cases spiked in Florida and much of the country over the last month.

The city of Jacksonville released the following statement regarding the announcement:

“Throughout this process, Governor Cooper has always made it clear that the health and safety of the public was his top priority, even when it clearly wasn’t Donald Trump’s. At the podium today, the President said he has to ‘protect the American people.’ Apparently he didn’t realize that was still part of his job description when he demanded a full-scale convention in Charlotte. He may have been late to the party, but at least President Trump finally recognized the dangers of the situation he and his party were creating.”

Contributing information from the Associated Press.

RELATED: Florida mayor behind bringing RNC to Jacksonville amid coronavirus pandemic is in self-quarantine