Footage shows a man antagonizing three private security officers. At one point, two of the guards are seen holding their colleague back as he runs toward the man. As the guard walks away, the video shows his gun go off as he tries to holster it. 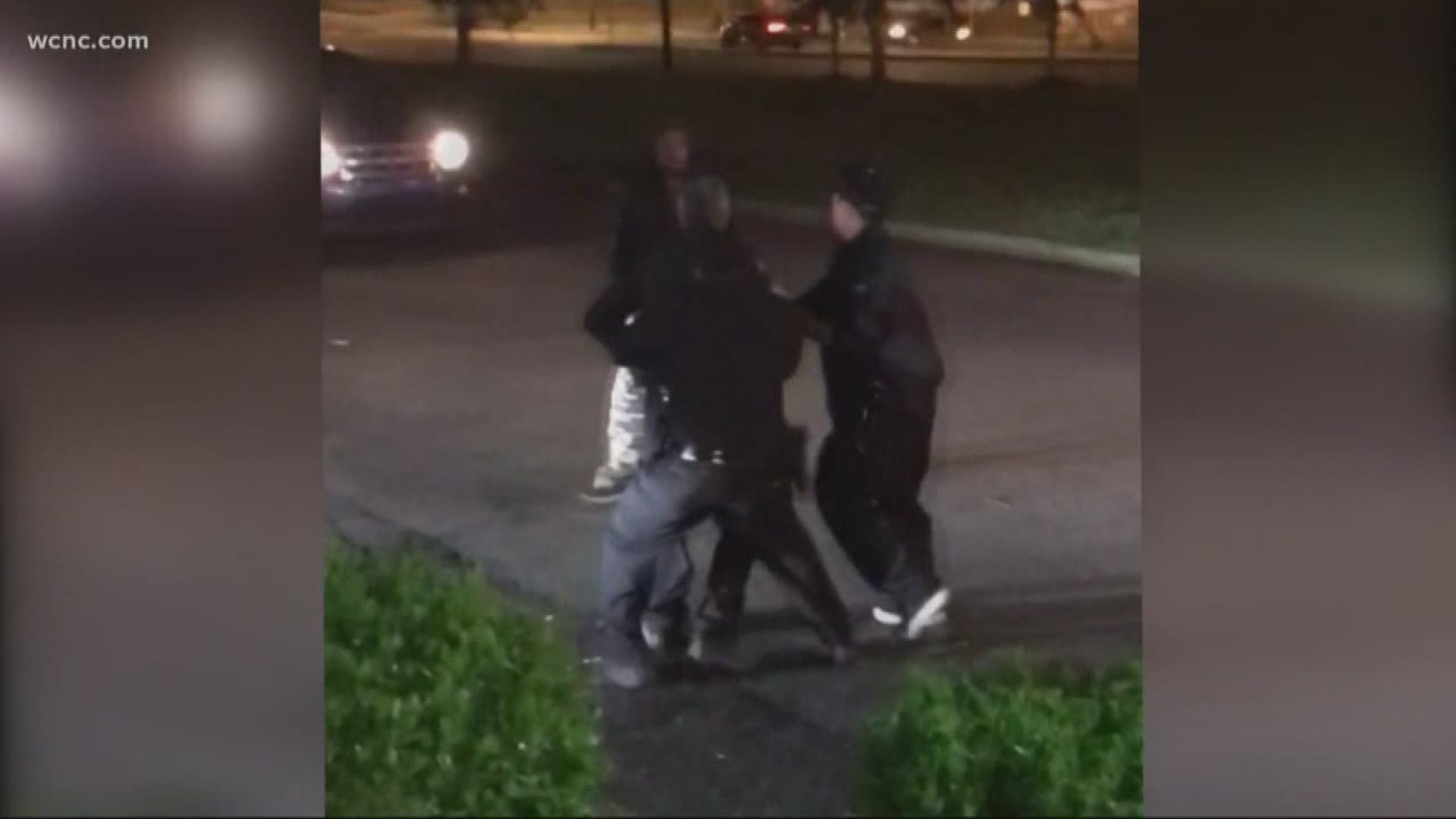 CHARLOTTE, N.C. — Cell phone video shows a private security officer charging a man outside a Charlotte restaurant, fellow guards holding him back and then the same officer firing his gun as he’s putting it back in his holster.

Following our questions, the North Carolina Private Protective Services Board is now investigating. A spokesperson said the board is working to find out which security company employs the guard in question.

Rodriguez Finley said he filmed the video early Sunday morning outside the Cook Out on Freedom Dive.

The footage shows a man antagonizing three private security officers. At one point, the video shows two of the guards holding back their colleague as he runs toward the man. As the armed guard walks away, the video shows his gun go off as he tries to holster it.

CMPD says the men in this video do not work for the police department. Charlotte-Mecklenburg police also do not have a police report on file for the incident but did confirm there were calls for loitering there Sunday.

Under state law, the company that hired the man has five days to notify the Private Protective Services Board about the weapon's discharge. Once the state identifies the company responsible, a spokesperson said there will be further investigation.

"An investigator with Private Protective Services evaluates discharges to determine whether there was a violation of the Private Protective Services Act (NCGS 74C)," North Carolina Department of Public Safety Deputy Communications Director Diana Kees said. "Specifically, the investigators endeavor to determine whether the guard was properly trained and registered and whether the operator of the company was properly licensed by the Board."

Kees said depending what the investigation finds, the board can suspend or revoke a license or registration.

To be an armed security guard in North Carolina, state records show a person has to complete 20 hours of classroom instruction focused on handgun safety, operation and maintenance, among other things.