Publix says to stop openly carrying guns in its stores

The Florida-based company asks that only law enforcement officers openly carry firearms inside. 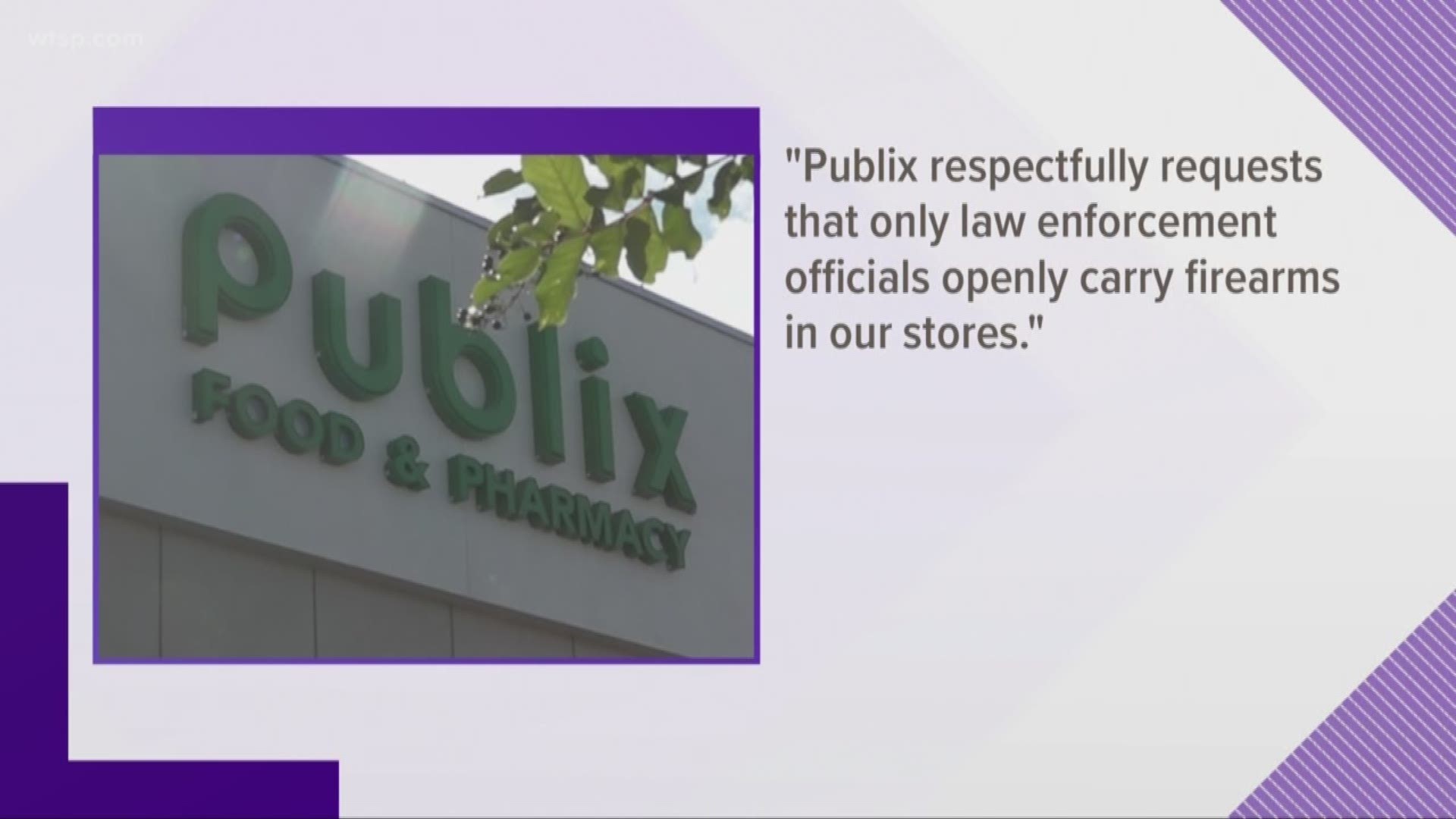 LAKELAND, Fla. — Publix has followed several other retails in asking customers not to openly carry guns in its stores.

"Publix respectfully requests that only law enforcement officials openly carry firearms in our stores," a spokesperson said in a statement to 10News.

Florida, where Publix is based, is not an open-carry state, but the company also has stores in states where open carry is allowed. The company has 1,226 stores in Florida, Alabama, Georgia, North Carolina, South Carolina, Tennessee and Virginia.

The move comes alongside other retailers asking customers not to open carry in their stores following mass shootings in California, Ohio and Texas.

CVS and Walgreens were among the retailers to announce new policies. Walmart also announced it would stop selling handgun and short-barrel rifle ammunition along with requesting customers not to openly carry in its stores.