After massive 2006 police chase in East Tennessee, woman who broke man out from prison recalls experience

With around 40 law enforcement units and two helicopters, the pursuit is known as one of the biggest in state history 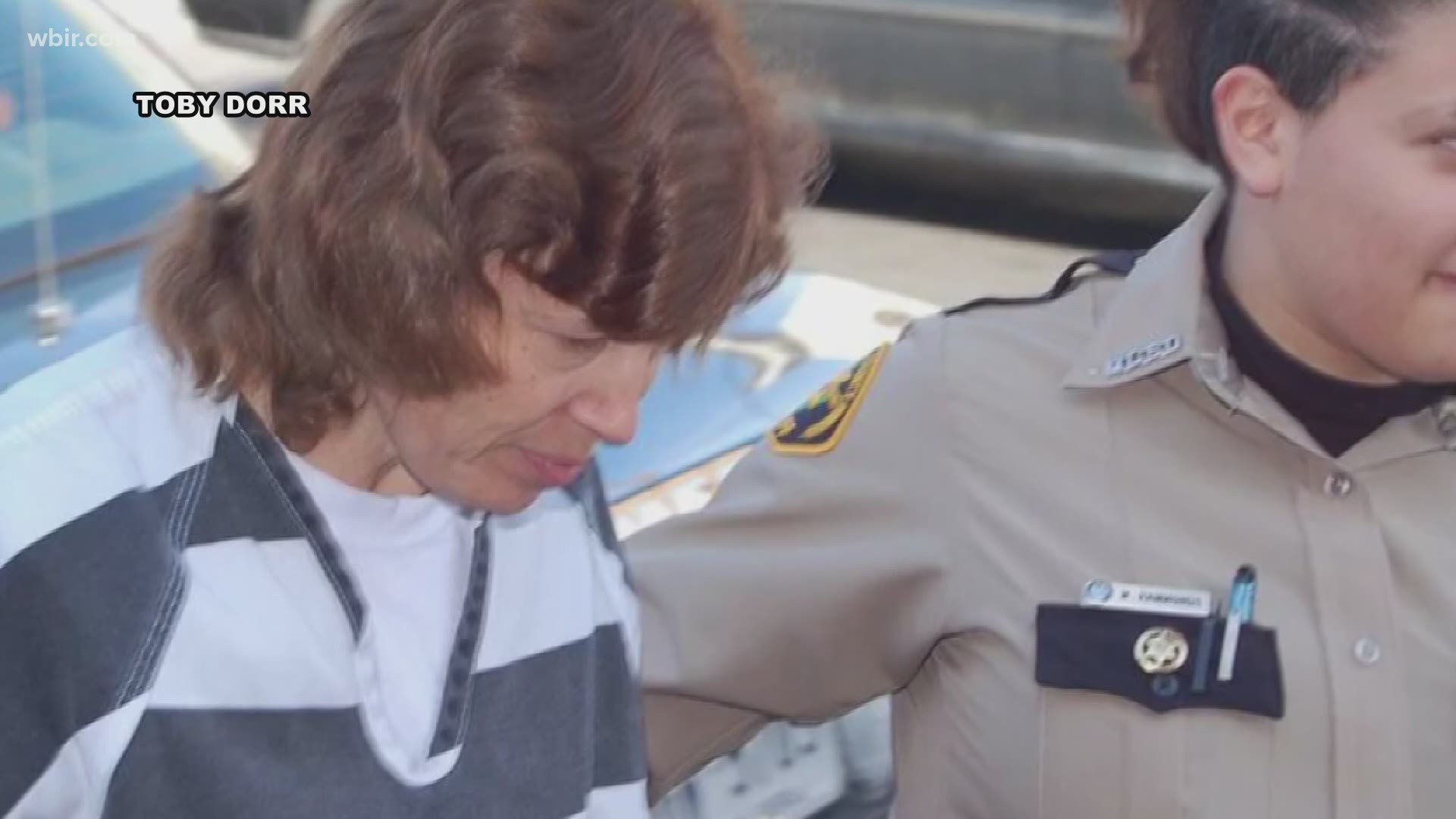 KNOXVILLE, Tenn — Around 15 years ago, a volunteer at a Kansas prison fell in love with an inmate. The bond was so strong, she helped him escape.

Their goal was to settle in Knoxville but they ended up getting caught just miles out of the city, in what's known as one of the largest highway chases in Tennessee's history.

"We picked Tennessee because it's beautiful, and I've been there before, and I loved it. We thought it'd be a good place to hang out," said Toby Dorr, who had volunteered regularly at a Kansas prison before leading police on the historic chase.

She was Toby Young then, 48 years old, and in February 2006 she did the unthinkable. As a volunteer, she quickly fell in love with an inmate — 27-year-old convicted killer John Manard. Both were so in love, they began plotting a life of their own.

“I couldn’t resist not being with him," said Dorr. "I agreed to help him escape.”

Dorr hid Manard in a dog crate and smuggled him out of the prison and into a van. The pair headed east, their sights set on East Tennessee. She said they went to Tennessee in order to hide out, and the goal was to end up in Knoxville.

“It was a beautiful place to be," she said. "The people are so friendly and the mountains are beautiful.”

After 13 days on the run, they stopped in Chattanooga to see a movie and visit the aquarium. On their way out, the two were spotted by U.S. Marshals.

“They followed us on the interstate and set up a trap," Dorr said.

Heading towards Knoxville on I-75, troopers with the Tennessee Highway Patrol joined the high-speed chase. Within several minutes, around 40 units and two helicopters were behind Dorr and Manard as they burned rubber down the highway.

For comparison, the Knoxville Police Department policy only allows two units to be involved in chases.

Deputy U.S. Marshal Jason Ladd was in the chase.

“It was the largest chase I've ever been in. I've never had the amount of manpower that was put in that," he said.

Ladd said that it’s rare to have so many units respond.

Eventually, Manard’s car hit a tree and the pursuit ended.

“I was praying I would die in the crash because I knew there was going to be a lot of stuff I was going to have to go through," said Dorr.

“It was calming at the end because no one got hurt and that was our biggest fear," said Ladd.

Dorr went on to serve a 27-month sentence. She said she was terrified at first, but used the time in her favor. She said she used that time to reflect on herself and examine areas where she needed to heal.

Working to get her life back, she found a way to help others by creating programs to help incarcerated women heal as well and live a life after prison. More information about those programs can be found online.

“If I can come back and rebuild my life and do something to help other people, then anyone out there can do it as well," she said.

She’s dedicated to helping others succeed and still has her sights set on one day returning to East Tennessee. But this time, she doesn't plan on driving over to the region with so many law enforcement officers behind over.

After being caught, Manard got ten years added to his life sentence. He is still in prison.