The bus was inspected last Thursday at 3:14 p.m. and was cleared for service. By 4:20 p.m., it had burst into flames with one student and the driver on board. 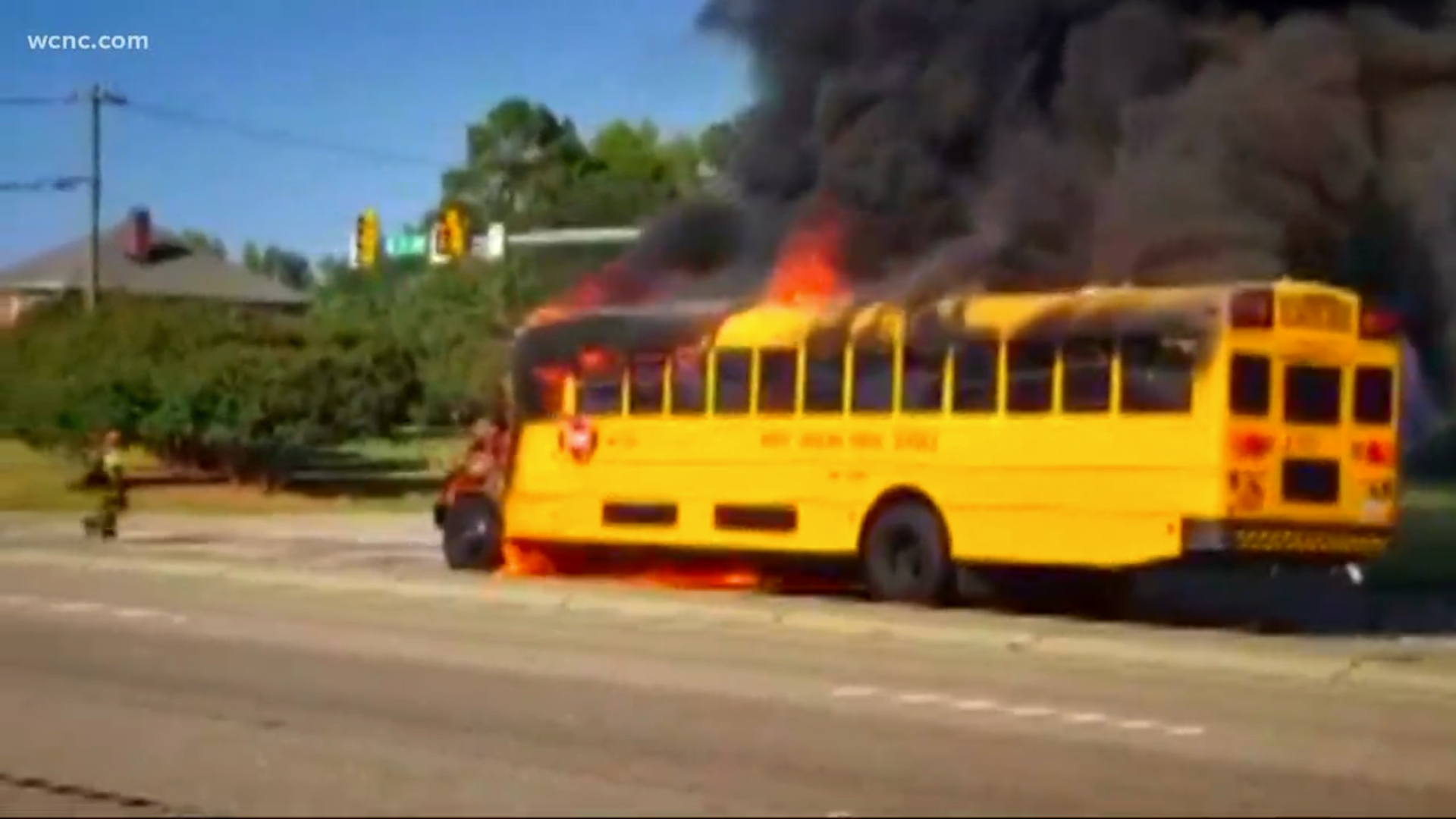 CARY, N.C. — Video from Cary, North Carolina shows a school bus engulfed in flames. The fire broke out just one hour after that bus passed inspection.

According to state law, every school bus in every district in the state must be inspected every 30 days.

The timeline of events in Cary has parents questioning the inspection process.

“These buses have our children’s lives in there hands,” one parent said.

The bus was inspected last Thursday at 3:14 p.m. and was cleared for service. By 4:20 p.m., it had burst into flames with one student and the driver on board.

Fortunately, both were able to escape unharmed.

In 2017, two different CMS buses caught fire in the same month. School officials said at the time that it was ‘very unusual in our district.’

That same year, the State Board of Education enacted a policy mandating every school bus in the state be inspected every 30 days. The inspection manual is 52 pages, and the process even includes a road test.

After a CMS bus crashed into an apartment building in February, one student said it was his instinct that kicked in.

“We never had evacuation training,” he said.

The CMS website has some info about bus evacuation protocol, and there’s “Gus the Bus”, which visits elementary schools to teach children about school bus safety, but no evacuation drills.

“It was just two or three students that were pushing it [the back emergency hatch] so that it would open,” the student said

The investigation into the bus in Cary pointed to a potential failure in the air conditioning system as the culprit for the fire.

The A/C is among the many components on the bus that must be inspected according to policy.

RELATED: Parents still hoping for change at bus stop they think is dangerous