NC mosquito tested positive for West Nile virus; here's how you can protect yourself

Officials say a mosquito in the Wilmington area tested positive. “It's very serious,” according to Chris Fowler with Charlotte Mosquito Exterminator. 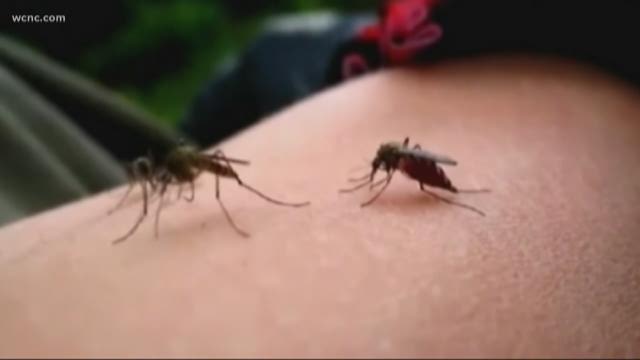 CHARLOTTE, N.C. — It’s now more important to protect yourself and your family from mosquito bites: a mosquito in North Carolina has tested positive for West Nile virus.

According to the CDC, there are no vaccines to prevent it or treatments for West Nile.

Believe it or not, mosquitoes kill more people than any other animal, because they carry diseases like West Nile virus. Protecting yourself is as simple as wearing long sleeves and pants, using bug spray and looking out for certain items in your yard.

Some people are now scrambling to have their yards treated after a mosquito in the Wilmington area tested positive for West Nile virus.

His crews focus on the places mosquitoes hang out, in shrubbery and underneath decks and sheds.

As far as what you can do at home, with all the summer storms, the most important thing to do is dump out any standing water.

“Wheel barrels, pales, tires, a lot of things that we find under porches sometimes is that a Christmas tree stand will fill up with water,” says Fowler.

He says a lot of people will completely trim away shrubbery thinking it will keep mosquitoes away. He says not to do that, because it leaves exterminators with nothing to treat.

According to the CDC, 1 in 5 people with West Nile will get a fever and other symptoms, while 1 in 150 will develop a serious and sometimes deadly illness that requires hospitalization.