'One of the wildest nights I've seen in Atlanta' | Witness says sushi bar shooting started with argument between chef, bartender

A security guard stepped in and was shot by the chef, the witness said. 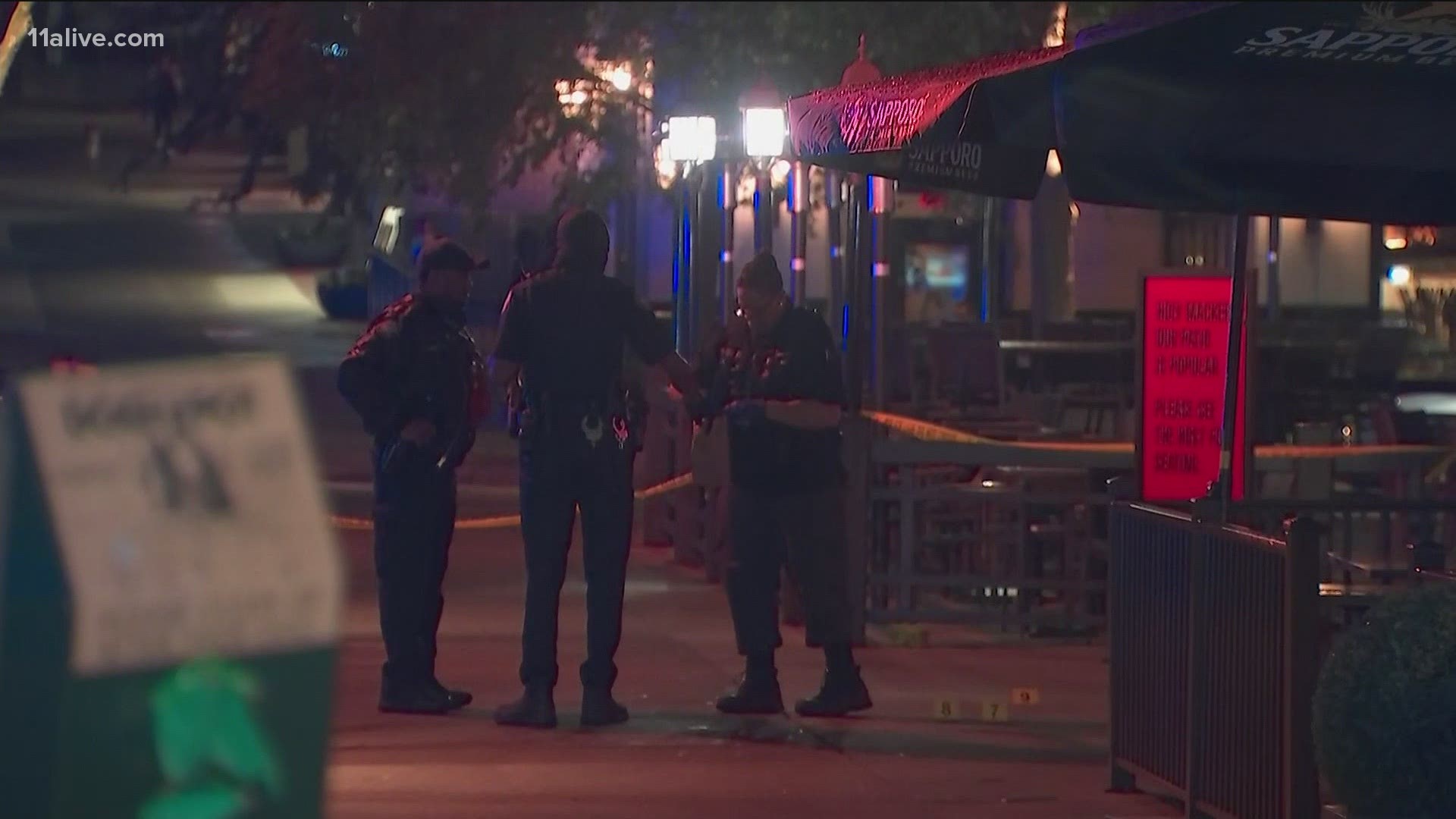 ATLANTA — A shooting at a popular Midtown sushi bar on Thursday night started as an argument between a chef and bartender there, a witness said, leaving a security guard who stepped in wounded.

The incident happened at RA Sushi Bar on Peachtree St. in the heart of Midtown. Malcolm Archibald, a server at neighboring Sugar Factory, told reporters it was known among the restaurant and bar industry workers in the area that the chef had been disgruntled for some time.

"One of the chefs decided he was upset, done with it all and attacked a security guard," Archibald said.

Police said the security guard was taken to the hospital in stable condition, but there was no word on what had happened to the chef. Archibald said the chef was gone by the time police arrived.

He called it "one of the wildest nights I've seen in Atlanta."

He said the chef had long been agitated and upset with other staff members at RA, and got into an argument with a bartender Thursday night. When the security guard stepped in to break it up, he got shot, according to Archibald.

He said he believed it happened right at the front of the restaurant, in full view of guests.

"So much commotion - servers, staff, everyone just running trying to get out of the way," he said, describing the scene. "Five minutes later, security outside blood on the sidewalk, not what you expect in Midtown."

"People come here to relax, put their shoulders down, this is where you enjoy yourself, have a drink to celebrate life," he added. "It's just so surprising. I'm so glad things like this don't happen (often), but today was a wild day."