'We saw a part of the gym fly across the window' | Roof collapses at school in Sampson Co.

A school spokeswoman said, part of the roof over the gymnasium collapsed, injuring three students. 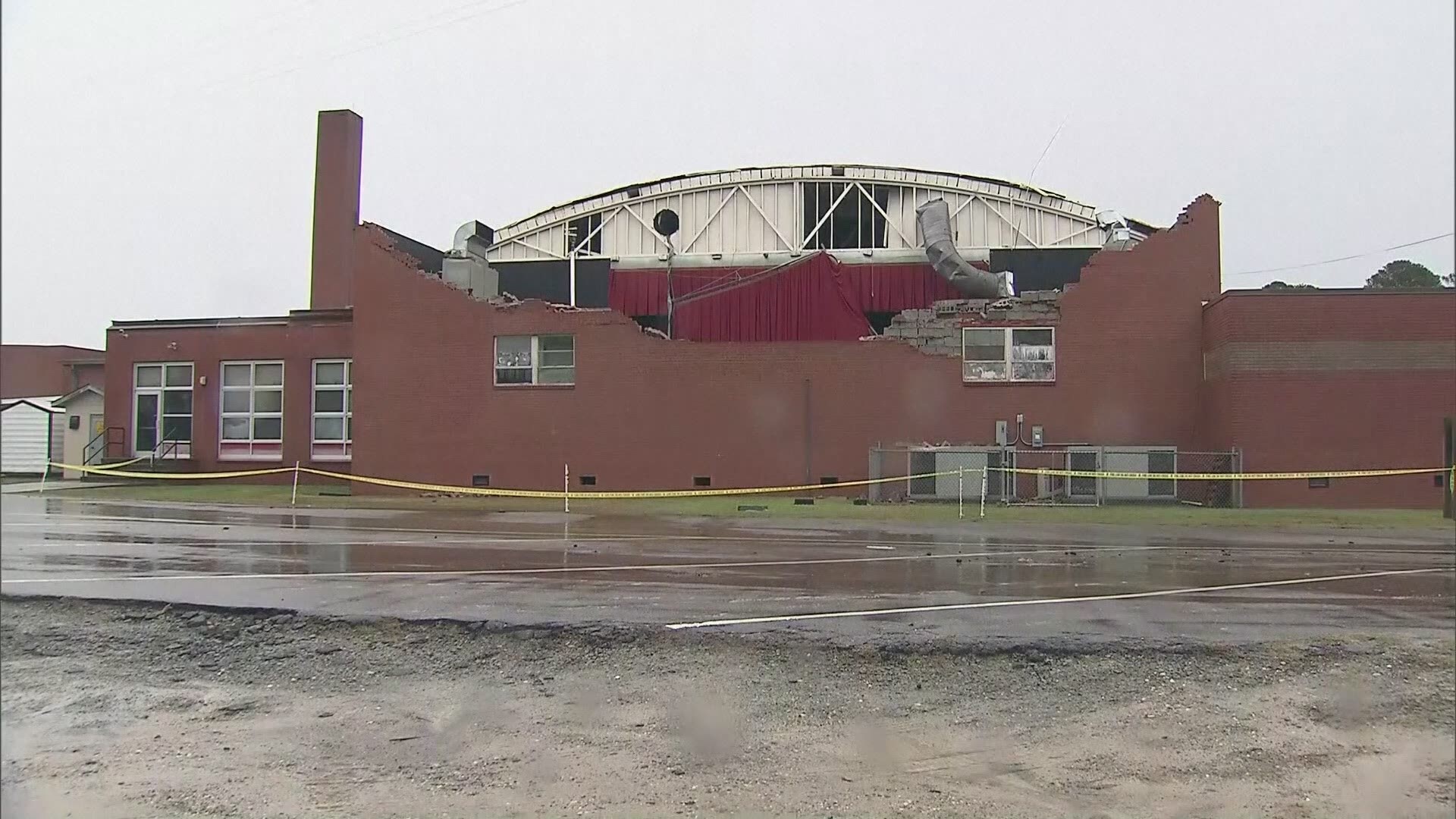 At Union Intermediate School in Clinton, a spokeswoman said, part of the roof over the gymnasium collapsed, injuring three students. It wasn't immediately clear what caused the roof collapse, but the National Weather Service recorded a "water-loaded microburst" over the school at the same time, and there were severe thunderstorms in the area.

The spokeswoman emphasized that the students' injuries were minor, but they were sent to Sampson Regional Medical Center to be checked out.