Vinson Filyaw was convicted of kidnapping a 14-year-old Lugoff girl and holding her in an underground bunker. 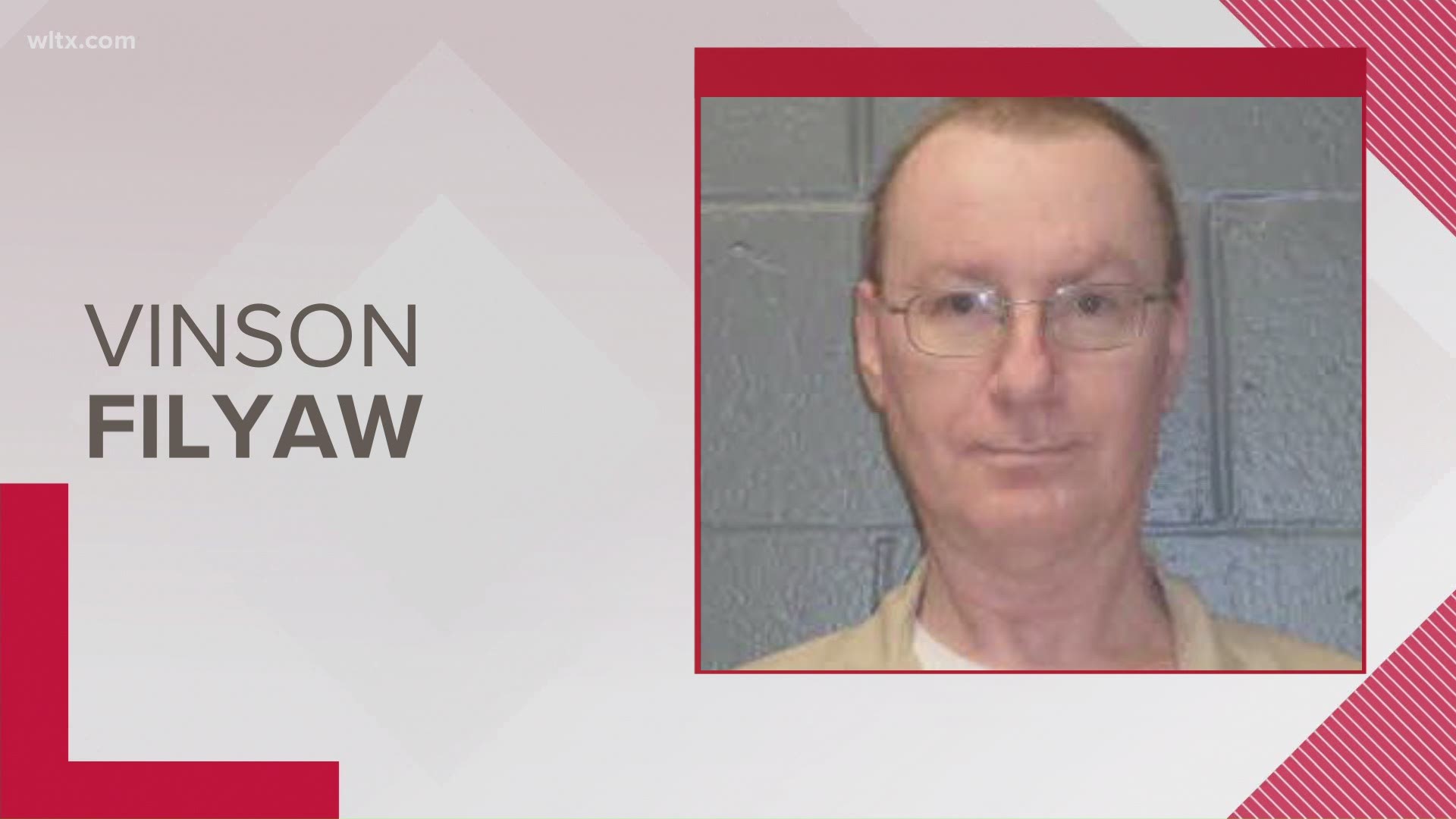 COLUMBIA, S.C. — Law enforcement officials have confirmed that convicted kidnapper Vinson Filyaw has died behind bars. Filyaw died at McCormick Correctional Institute, no word yet on cause of death.

RELATED: Who is Vinson Filyaw?

Many will remember the headlines the former construction worker Filyaw made in 2006 when he kidnapped a 14-year-old Lugoff girl and hid her in an underground bunker.

According to reports, he pretended to be a police officer and kidnapped the girl as she was getting off a school bus. He then chained her in an underground bunker for ten days before she was able to escape.

The girl was eventually able to use Filyaw's cell phone while he was out of the bunker to text message her mother. She'd been allowed to use the phone after she gained her abductor's trust, and she told him she wanted the device to play games on.

Officers were able to find her general location, which allowed them to narrow their search area and determine Filyaw was a suspect.

Filyaw was sentenced to 421 years in prison.