RNC votes to hold "business portion" of convention in Charlotte

Additionally, the RNC has voted to keep the party platform the same as it was in 2016. 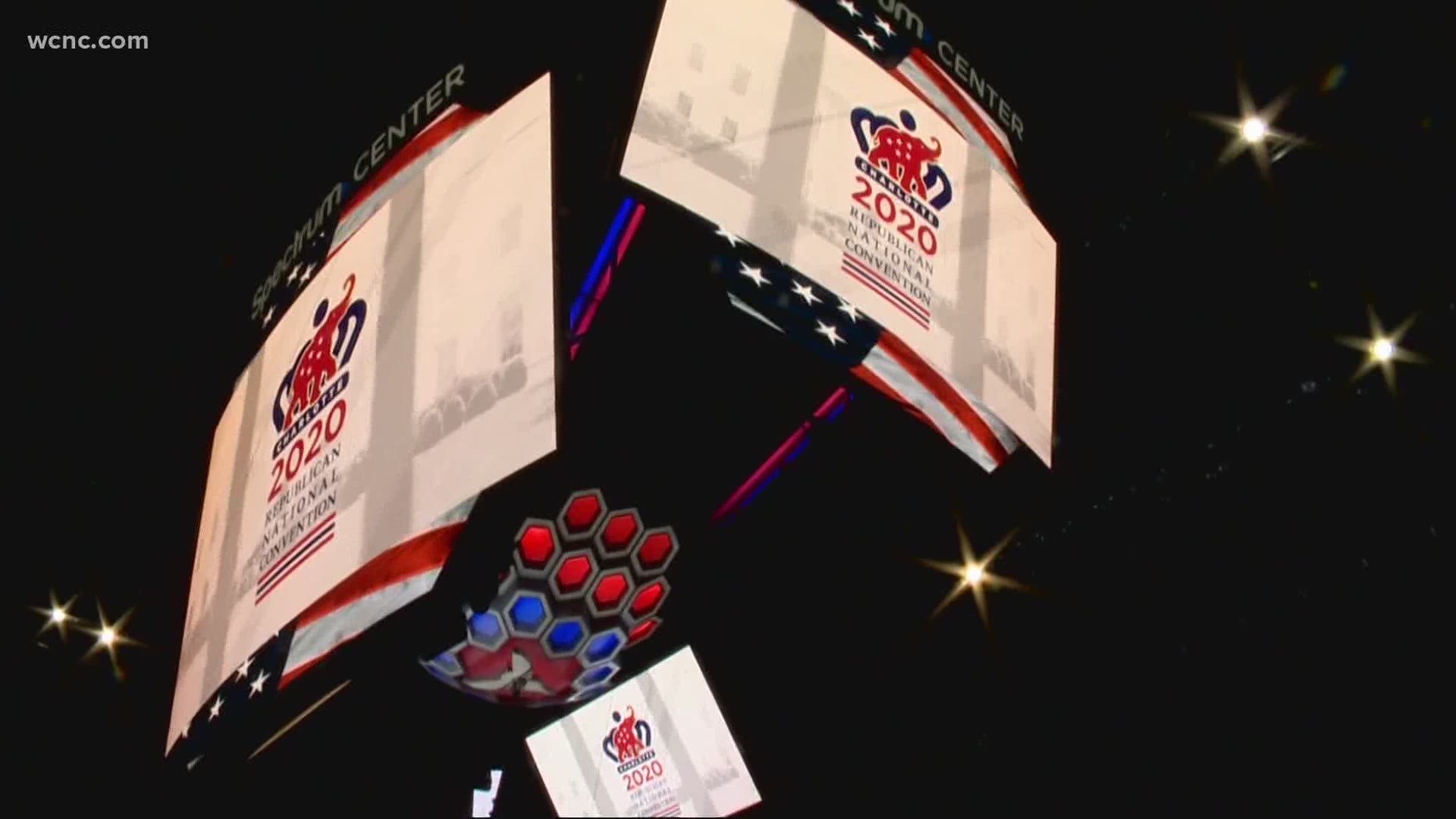 The city reported a few days ago that the RNC intended to keep portions of the convention in Charlotte but the executive committee also approved a plan that would only send 336 delegates to North Carolina, far fewer than anticipated.

Additionally, the RNC has voted to keep the party platform the same as it was in 2016.

According to reports, there is still no official decision on where the celebration portion of the convention will be held but the leading contender is Jacksonville, Florida.

“The RNC’s Executive Committee has unanimously approved procedures that allow for official convention business to continue in Charlotte. Many cities are eager to host the president’s acceptance of the nomination, and talks are continuing with several of them to host that celebration. A final decision will be made soon,” an RNC spokesperson told NBC News.

RELATED: Losing RNC could be lethal blow for Charlotte businesses impacted by COVID-19

“The morning, the City Attorney and members of his staff met with representatives of the Republican National Committee, the Local Host Committee, the Charlotte Regional Visitors Authority and the Charlotte Hornets to discuss the current status of preparations for the 2020 Republican National Convention. During that meeting, RNC representatives confirmed that at this point in time, they intend to locate the entirety of the business portion of the Convention in Charlotte. What those intentions mean in terms of the number of visitors coming to Charlotte, the length of time and the amount of space needed to properly host the business portion of the convention is unclear with the RNC representatives agreeing to provide the parties with further information as their plans continue to develop. It was understood by the parties that some of the Convention events that were originally set to occur in Charlotte may be relocated to another community outside of North Carolina. The parties agreed to reconvene the conversation on Monday, June 8.”

President Donald Trump tweeted earlier this month that he is forced to seek another state to host the RNC after Cooper said he couldn't guarantee a full capacity convention. Republican leaders were hoping to have 20,000 people without masks at Spectrum Center. Cooper denied that request and said the RNC could only move forward with safety measures in place due to COVID-19.

"Had long planned to have the Republican National Convention in Charlotte, North Carolina, a place I love. Now, Roy Cooper and his representatives refuse to guarantee that we can have use of the Spectrum Arena - Spend millions of dollars, have everybody arrive, and then tell them they will not be able to gain entry," Trump wrote on Twitter. "Governor Cooper is still in Shelter-In-Place Mode, and not allowing us to occupy the arena as originally anticipated and promised. Would have showcased beautiful North Carolina to the World, and brought in hundreds of millions of dollars, and jobs, for the State. Because of Gov. Cooper we are now forced to seek another State to host the 2020 Republican National Convention."

Gov. Cooper responded to President Trump's tweets saying protecting public health and safety during this pandemic is his first priority. 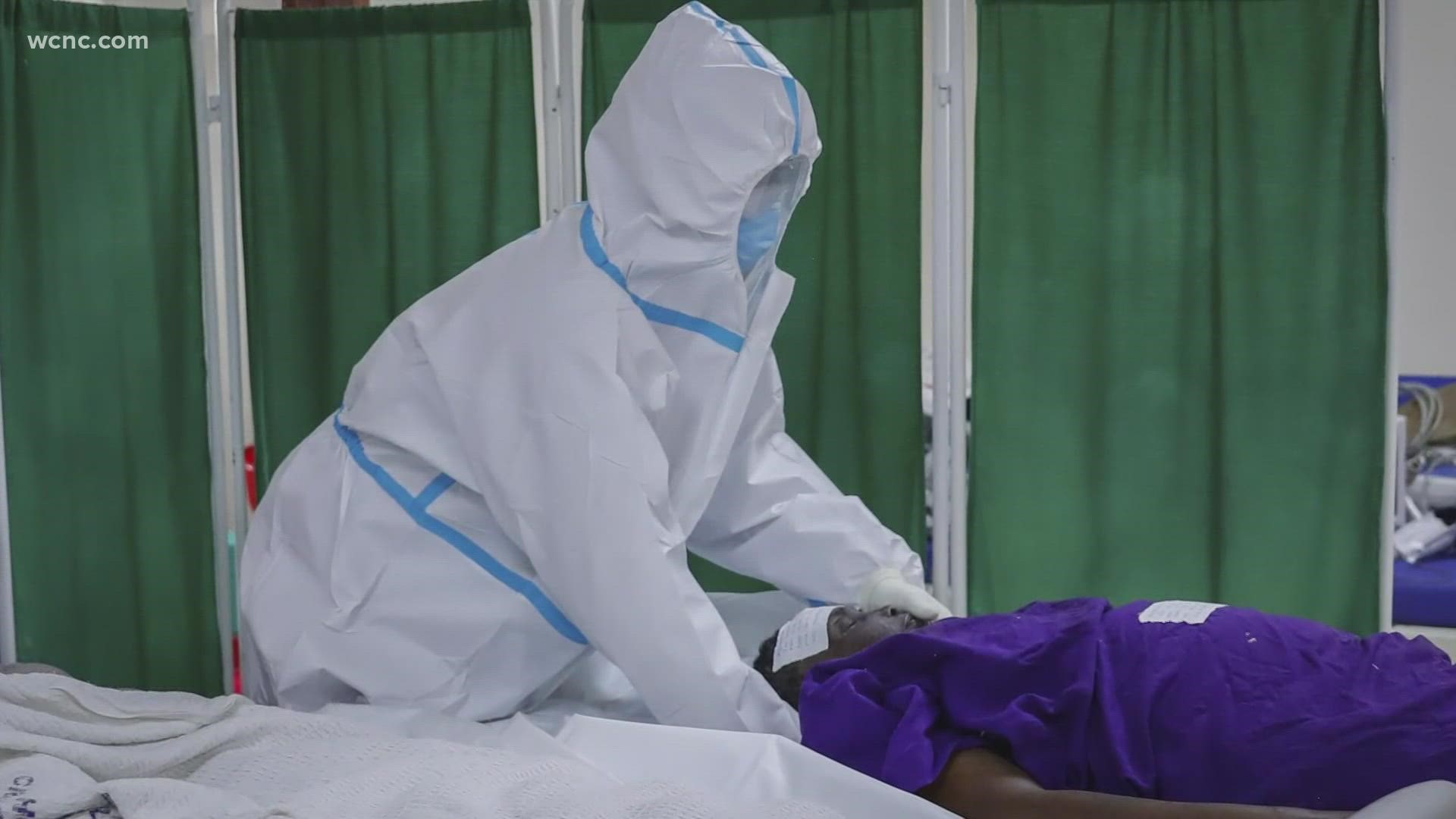