According to Sandy Springs Police, both mother and baby are doing very well. 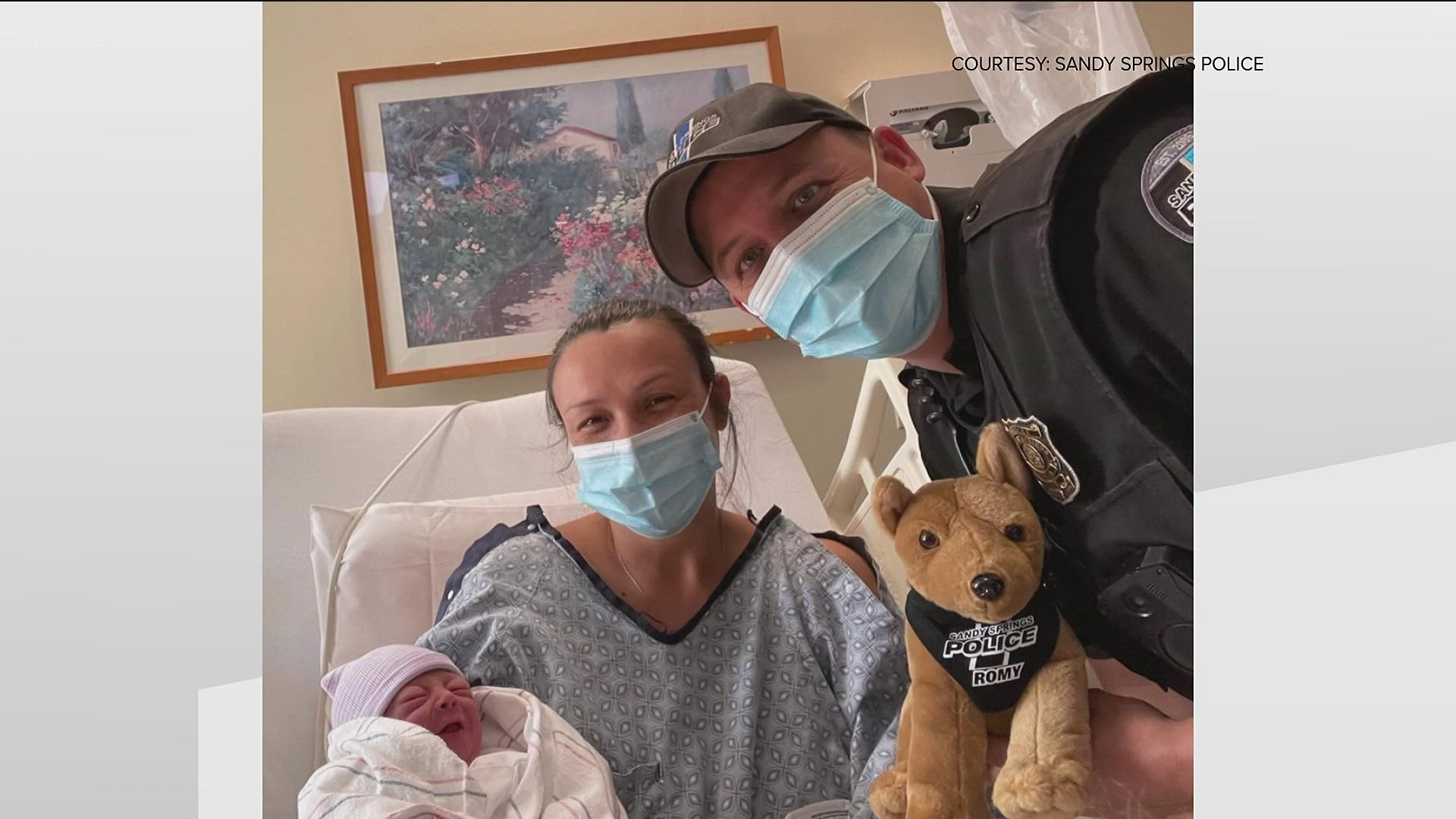 SANDY SPRINGS, Ga. — A Sandy Springs police officer is being thanked for going above and beyond Monday to help a woman deliver her baby, while pulled over on the side of the highway.

The police department posted about the story on Facebook Wednesday, showcasing photos of Officer Patrick Burt with the mother at the hospital after.

This past Monday morning, one of our officers was on “routine” patrol when he came upon this vehicle stopped on the side...

"It's not a normal part of the job," said Officer Burt. "I was ready to do what I'm going to do, what I have to do for my community or anybody that needs help. I'm there for them. So just to me, it was just another day, another part of the job."

He said he was heading to work when we saw a car pulled over on New Northside Drive, and a man motioning toward the vehicle.

According to Burt, the man was frantically motioning toward the passenger side door, muttering the words "baby" and "Northside."

When he approached the vehicle, Burt saw that the mother was in active labor. Unable to clearly pinpoint his location, and seeing that the baby was coming, he decided to grab some globes and help assist the mother.

I had two kids on my own, so I'm not a stranger to the birthing process. I've never done it myself as my firstborn but I noticed the baby was little purple, which is kind of normal," Burt stated afterward.

He added that the baby initially wasn't making noise, so he began patting his back and rubbing it to make sure it was ok.

Officer Burt has continued to stay in touch with the mother, even visiting the hospital and gifting young baby Noah with a couple of stuffed animals, including a plush Sandy Springs K-9.

"It's kind of uplifting to show the police in a better side of life right now," Burt added. "I'm glad I was able to be a part of that."

According to Sandy Springs Police, both mother and baby are doing very well.