Santa and Rudolph opt outside in Smokies 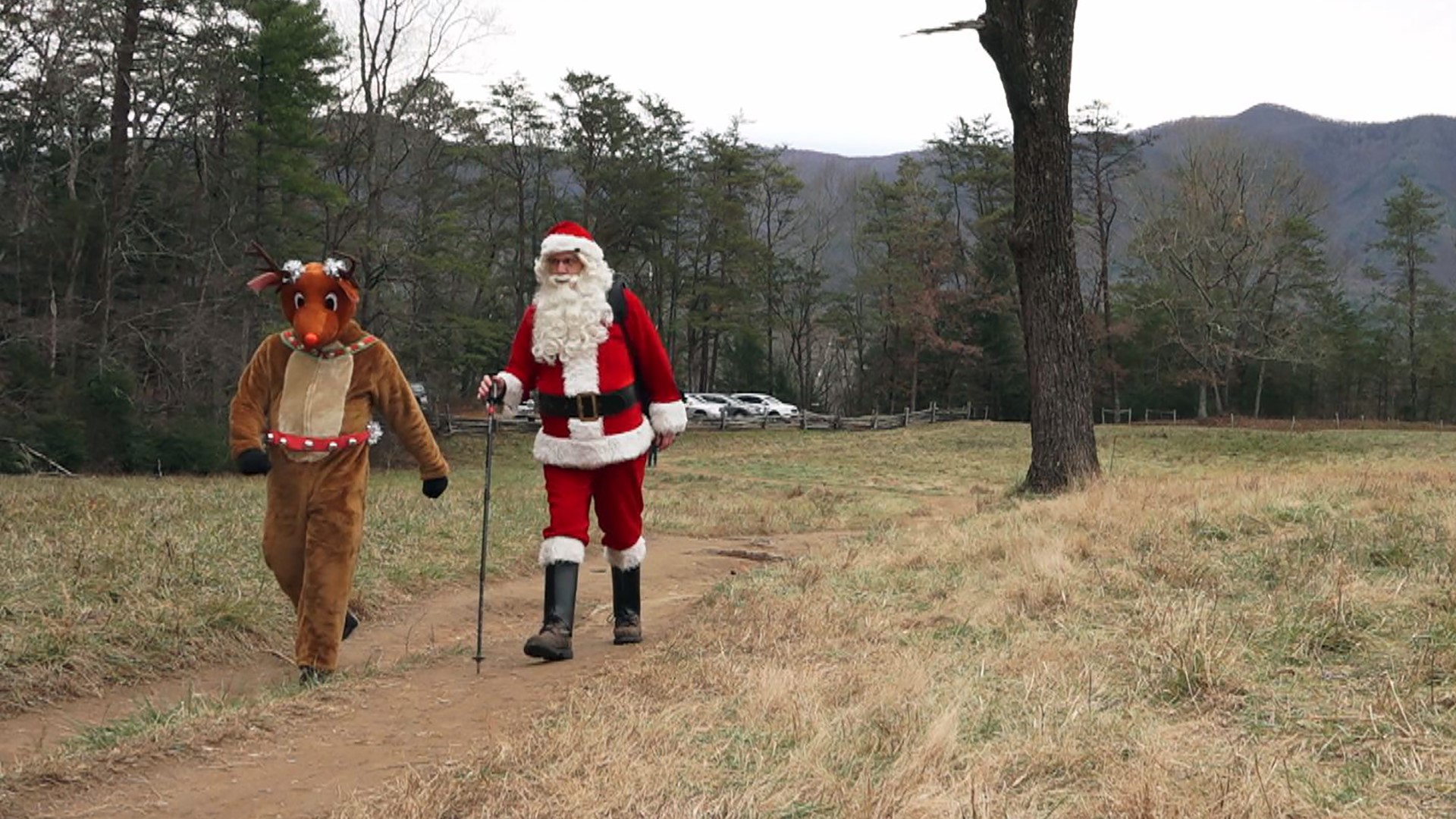 TOWNSEND, Tenn. — Larry Johnson of Maryville showed up in the Great Smoky Mountains National Park early Friday morning with a unique list of hiking equipment.  He checked the list twice, suited up, and made most people in Cades Cove do a double-take.

"Yes, sir. I have my Santa suit.  We just decided to 'opt outside' in a different way. Dress up and come to the mountains as a couple of our favorite characters. Rudolph is with me," said Johnson.

"If you do something silly and meaningless, and it makes somebody's day better, it's not meaningless anymore. Everybody wins," said Kinnaird.

The duo hiked to most of the cabins around Cades Cove Loop and greeted all the other visitors who chose to spend Black Friday in the great outdoors.

"You don't get views like this at the mall. Everything about it is great. The mountains, the beautiful views, the vistas, and just being outside. It's cool when little kids see you. We're here to spread joy, spread the Christmas spirit, make people smile," said Johnson.

Credit: WBIR
Photos by Larry Johnson of his trip with Jason Kinnaird to the top of Mt. LeConte dressed as Santa and Rudolph.

The bells on their costumes made things merry and bright. The Santa outfit also honors a departed loved one.

"This is my late grandfather's suit. So, this suit is pretty sentimental. After he passed away, I took it over. It's just fun to put it on because it brings back memories with my grandfather, how he would bring joy to people. And it's kind of like my turn," said Johnson.

You better watch out. Santa might show up anywhere in the park on the weekend after Thanksgiving.

Credit: WBIR
Jason Kinnaird (Rudolph) and Larry Johnson (Santa) in the doors of the historic Methodist church at Cades Cove in the Great Smoky Mountains.

"A few years ago, he [Johnson] wanted to hike up LeConte and wear it as a tribute to his grandfather.  I'm like, 'Well, I've got a reindeer costume.' So, we did it," said Kinnaird.

"It was really neat seeing people come around the corner, not expecting Santa and Rudolph on Mt. LeConte. We got a lot of laughs. There's never any negativity at all," said Johnson.

The delivery of free smiles by "Santa and Rudolph" made the great outdoors an unbeatable bargain in the Smokies.