The number of flu cases are continuing to rise -- DHEC is now reporting 84 total influenza-related deaths as of last week, compared to 46 the week before that. 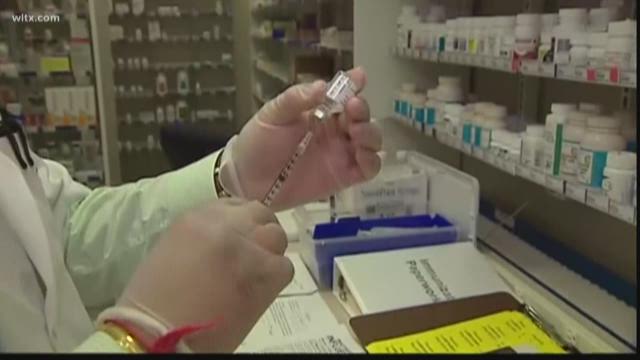 The South Carolina Department of Health and Environmental Control say 84 people have now died from the flu since the start of the season, nearly double the number of reported deaths from last week.

Those numbers are as of January 27. Just last week, the number of flu-related fatalities was 46.

The highest number of influenza cases in the state have been reported out of Greenville, Richland and Horry counties, respectively. Lexington, Charleston and Spartanburg counties are also seeing many of their residents affected by the flu.

This is the seventh consecutive week that South Carolina is reporting widespread flu activity.

Health officials recommend the best protection against the illness is the flu shot.

Some people are at higher risk for complications from the flu, especially infants and young children, older adults, pregnant women, and anyone with a chronic medical condition, such as asthma, diabetes or heart disease.

Dr. Tracy Foo, DHEC Immunization Medical Consultant said, "Because we are seeing more severe flu activity this season, it is especially important for these high-risk individuals to get vaccinated if they haven't already."

The flu vaccine is available from providers statewide. In addition to DHEC, many local providers, including doctors' offices, pharmacies, college health centers, schools, and workplaces, are still offering flu vaccines. Flu vaccines are offered at DHEC Health Department clinics by appointment. Call 1-800-868-0404 to make an appointment or go here to find the location closest to you.