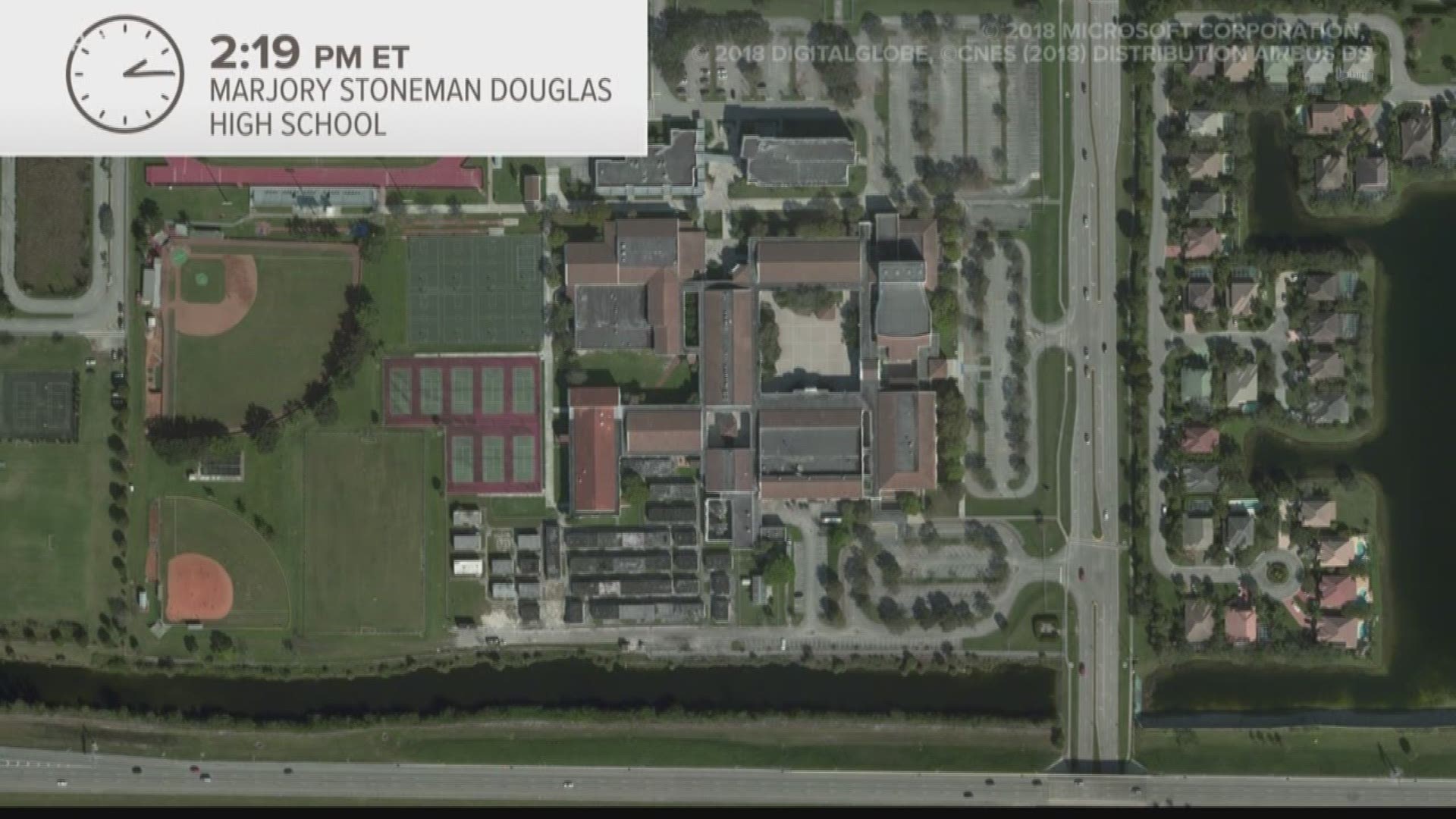 Thirteen months ago, Annika Dean didn’t know if she would live to see her children again.

Three days ago, Dean didn’t know if her oldest son would live to see her again.

Dean survived the Fort-Lauderdale-Hollywood International Airport shooting last January. When the shooter opened fire on people in Terminal 2 of the airport, she lunged behind a luggage cart, and a man laid himself on top of her and said he would protect her.

Her 14-year-old son, Austin Foote, survived a shooting at Marjory Stoneman Douglas High School on Wednesday. He texted his mom to tell her there was an active shooter drill at the school.

Not a minute later, he texted her again: “It’s not a drill.”

She and Austin sent texts back and forth until he finally left the school. He told her when he hid in a JROTC classroom with 30 other students. He texted her about the people screaming and running.

“This was worse than being at the airport, knowing my son was in that situation and there was nothing I could do,” Dean said.

Dean said Austin had some experience with the aftermath of the airport shooting and the effects it had on her. She has become hyper vigilant of her surroundings and easily startled by loud noises. She’s had flashbacks. When the family attends concerts or movies, Dean at times refuses to separate from her sons when out in public.

When they go to grocery stores, Dean sometimes asks her sons what they would do and where they would hide if a shooter opened fire in that moment. She regularly tells her boys to put away their phones while out and pay attention to their surroundings.

“The shooting has changed me,” Dean said.

And now the Parkland shooting may change Austin.

“He’s sad, very sad, right now,” Dean said. “We’re both mourning. He lost two friends he’s known since the second grade. He’s not gonna bounce back from this right away.”

The daughters of Dean’s two best friends were also killed in the shooting.

“This was much harder for me than the airport shooting because of the loss of life of people we know,” she said.

On Friday evening, Austin hung out with friends in their community. Dean said the Parkland community is close-knit and strangers often become family.

Despite her support network, Dean said the airport shooting often made her feel like the only one in her community to experience such a tragedy.

“I felt alone a lot after the airport,” Dean said. “On Wednesday, I realized I wasn’t alone anymore. My community knows how I felt that day. I wish they didn’t know. I really wish they did not know.”

In the days following the airport shooting, Dean said she had a feeling one day she may find herself fighting for her life in a mass casualty situation. While friends and family tried assuring her it couldn’t happen twice, she wasn’t convinced.

“Somehow I didn’t believe them,” she said.

Dean said she hopes the second time is the last time her family will have to hide from a mass shooter.