New ads soliciting for sex pop up every day, luring children and teens from our neighborhoods, classrooms, even churches into the sex trafficking world. 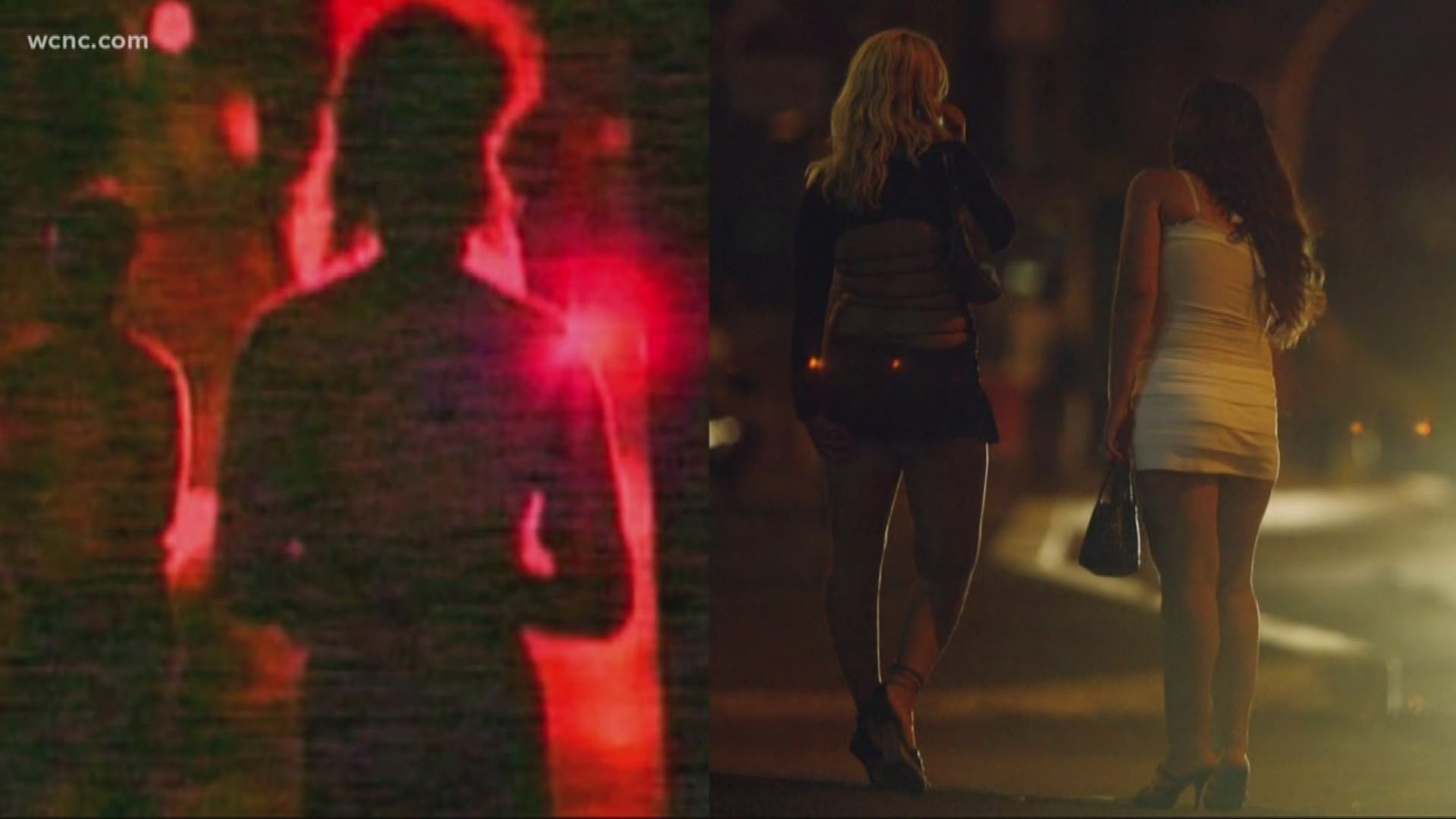 CHARLOTTE, N.C. — Charlotte has the highest rate of sex trafficking in the state of North Carolina.

You think it could never happen to your family, but it happens to unsuspecting girls all the time.

New ads soliciting for sex pop up every day, luring children and teens from our neighborhoods, classrooms, even churches into the sex trafficking world.

NBC Charlotte spoke with a local victim whose story may be difficult to read.

"I was in a hotel room, and it was just bad," said Joy Anderson, recalling one of the worst times in her life. "I remember I went out to the main part of the hotel room, and there were guns, drugs, and the pimp was saying you better stop b-sing," she said.

Joy is a survivor. After five years, she is free. But that freedom didn't come for a long time. Joy was trapped, manipulated, and abused in the underworld of sex trafficking. She was lured in at the age of 17.

Unless you've lived this story or know someone who has, it may be difficult to wrap your head around it. Joy's journey proves that just thinking this could never happen to your child is not enough to protect them.

"If I don't speak out about it, if I don't say that this is going on, and I don't share that this is the reality every day, that people are being trafficked, then it doesn't stop," Joy said in our exclusive, raw, sit-down interview.

NBC Charlotte also sat down with Tammy Harris, the executive director and co-founder of The Ursus Institute, a non-profit fighting against sex trafficking. Tammy connected us with Joy. They are two people who spend every day fighting for the victim and supporting the survivor.

Why? Because the statistics are alarming.

Charlotte has become a mecca for this booming industry. In fact, North Carolina is one of the top 10 states for sex trafficking, and Charlotte is the number one city in the state.

"If you dig a little deeper, there are many reasons that cause trafficking to be so prevalent in Charlotte. We have a lot of major sports and highways. A lot of things in our city to drive up the demand for trafficking. You need to understand that perpetrators will lure those who have a need that's not being addressed," said Tammy.

"When you live in a city where we are 50th out of top 50 cities for economic mobility, so if you were born in poverty, you are more like to stay in poverty. If you are in a city where we have 5,000 children in CMS that are homeless, and so many foster care youths as well. You have a population that perpetrators can easily prey upon, and say, 'Hey, I can fulfill this need for food, shelter, belonging,' and they are more likely to go into that life," Tammy continued.

That's just the start. Joy was a teen with several vulnerabilities.

"I felt like I didn't belong," she said. "So I moved out of my parents' house and started partying a little bit. I went to a club (in Atlanta) one night with a friend of mine, and she was not doing things that were very good. I remember she pulled out two or three thousand dollars, and I was strapped for cash."

It's important to note Joy's upbringing. She did not come from a broken home. Her adopted parents were Christians and loved her very much. Joy said she just lost her way.

"I was angry at my parents, angry at God, didn't feel like I belonged, needed a place to go, needed security and needed money," she added.

On a night back in 2013, a friend she was staying with introduced Joy to her "boyfriend" who ended up being the pimp of a group -- a man often referred to as the girls' "daddy".

Soon after, Joy was lured into sex trafficking in Atlanta, then relocated. She said traffickers are constantly moving their girls because they don't want them to know where they are.

"The daddy that we had said, 'We're going to Charlotte because that is where the money is at,' and he brought us to Charlotte, and things got way worse," Joy said.

At this point, you may be thinking, why didn't Joy just leave?

She said it's not that easy. Joy actually tried running away several times, which landed her in the hospital, beaten every time. And there was another tactic the "daddies" would use.

Joy felt she had no way out, and now that she was in Charlotte, she didn't know her way around. All of her family was back in Atlanta; she didn't know a soul. Girls trapped in this industry are often not allowed to interact with the outside world.

Joy shared one of her worst nights in Charlotte.

There, on the bathroom floor, she said, "I don't want to die here."

One day, the pimps told her she had to go on an out-call, which Joy explained is when you go to the person instead of them coming to you.

"I went to the out-call and walked down the hallway, and I knocked on the door of the hotel room, thinking it was going to be a trick, and the man opened the door."

Joy thought she would just get the money and get out. But when the man behind the door wasn't who she was expecting.

"He let me in, and I looked at him. He had this big long necklace with the FBI badge on, and he said, 'We are the FBI, and we are doing a big sting.'"

That's how Joy was rescued from five years of sex trafficking. She said God heard her prayer.

But there's still work to do -- including education, awareness, financial help, love, and support. Learn more about Tammy's efforts at the Ursus Institute.

You can also support Joy's new journey in the music industry follow her YouTube channel for her latest songs. She's currently leading worship for the youth at Steele Creek Church and just released a song she wrote, called "No Longer Slaves."