Raise the Age goes into effect on December 1. It allows 16 and 17 year olds charged with non-violent crimes to be tried as kids rather than adults. 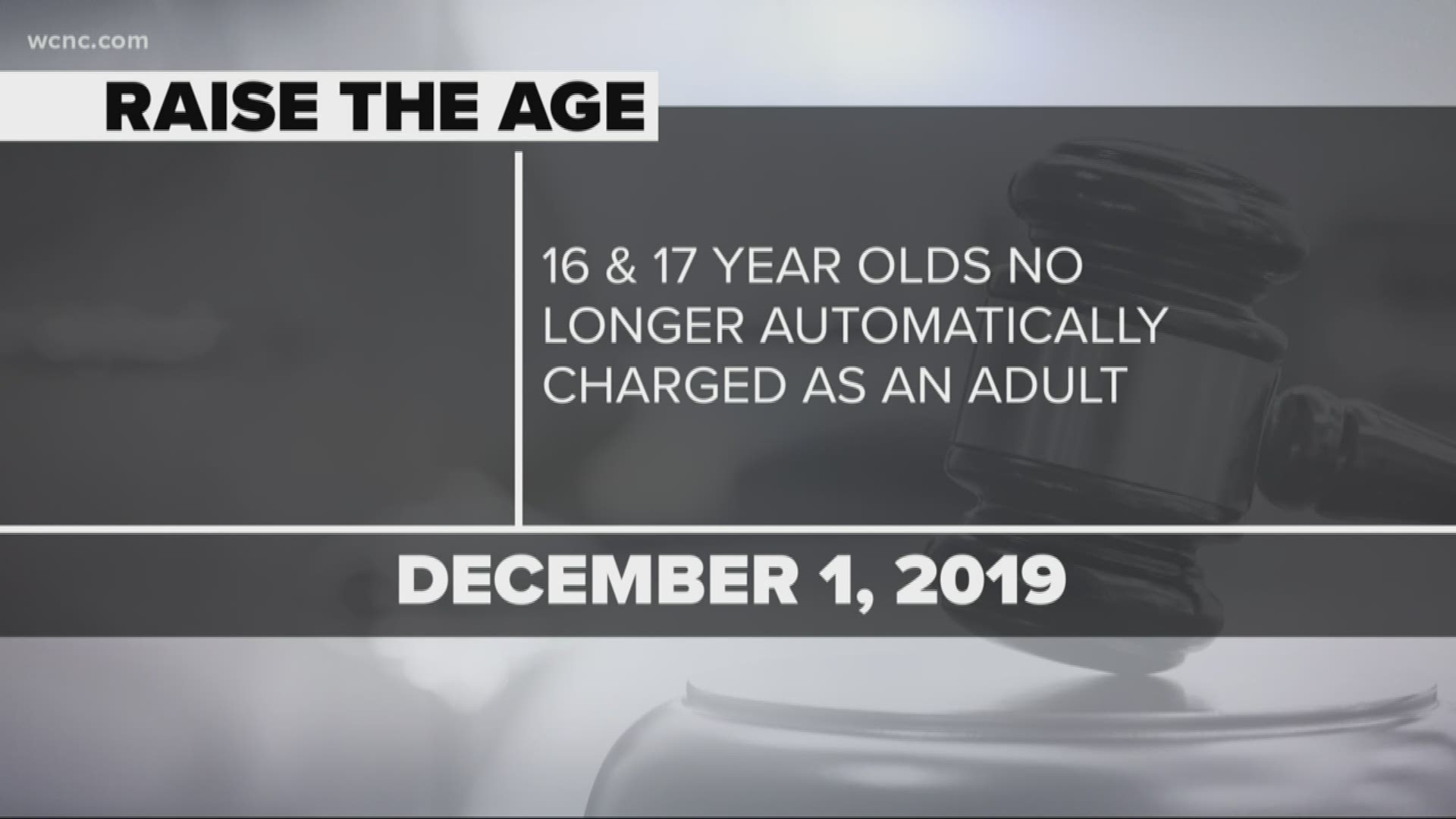 CHARLOTTE, N.C. — Advocates are giving thanks for a major change that will impact the way police, prosecutors and judges handle crimes involving kids. On December 1, North Carolina will become the last state in the country to allow 16 and 17-year-olds to be charged as juveniles instead of automatically heading to adult court.

"For kids who make mistakes and have not caused serious harm or don't pose a risk of serious harm to the community, they should have the opportunity to learn from their mistakes and move on and that's what Raise the Age will do," she said.

The change allows 16 and 17-year-olds charged with non-violent crimes to avoid adult court and instead get juvenile court services, including help with mental health needs and substance abuse.

RELATED: Raise the Age law will change the way some teens are prosecuted

When necessary, those teens can be detained, just not in jail. Judge Trosch said if those same teens are accused of violent felonies, the courts will treat them like adults.

State records show 16 and 17-year-olds prosecuted as adults for felonies are more likely to re-offend than 15-years-olds tried as kids.

The change comes at the end of what's already one of the most challenging years ever for violence in Charlotte.

Charlotte-Mecklenburg Police Chief Kerr Putney has criticized the justice system for what he calls a lack of accountability. He worries the lack of funding that comes with the new law could impact public safety.

"There was a mandate without funding and that's going to create some confusion and some complexity and some challenges for us as a justice system," he said.

While Judge Trosch concedes the state hasn't given enough money to handle the expected 50% increase in juvenile court cases, she said the new law will keep the public safer.

The Mecklenburg County Sheriff's Office said pending a few logistics and tweaks, teens charged as adults will be able to receive services at its detention center, including access to the only high school inside a detention center in North Carolina.

"The numerous other programs and services remain intact even with Raise the Age coming in the next few days," MCSO Chief Deputy Rodney Collins said. "Our operation isn't drastically impacted by the legislation due to the already existing and well established infrastructure. Our goal is to continue to provide those services to 16 and 17 year olds remanded to detention in Mecklenburg County after December 1st."