A little over 116 years ago, North Carolina was the setting of the Wright Brothers’ first flight. Now, the Tar Heel state is marking a brand new first flight. 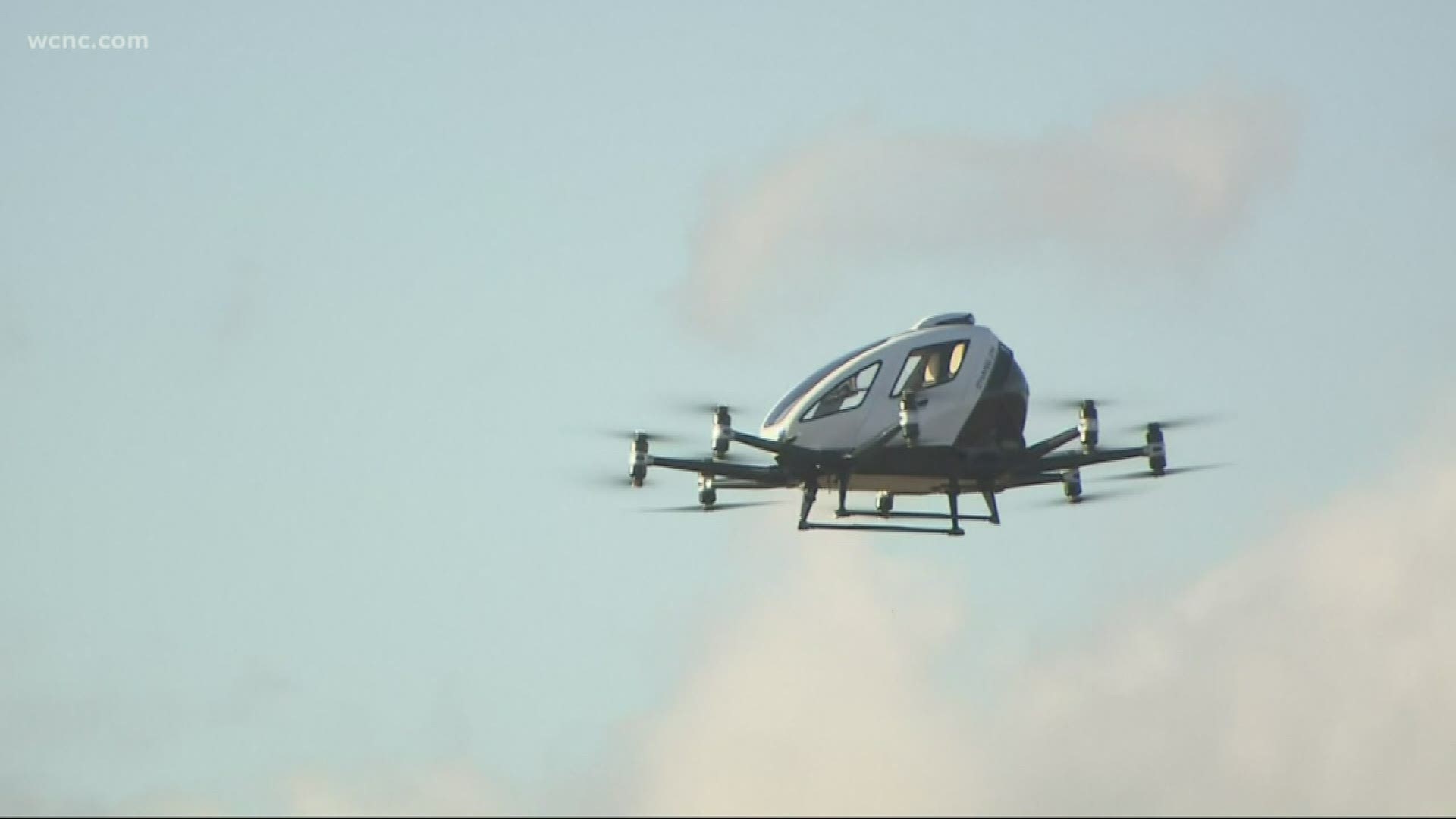 RALEIGH, N.C. — North Carolina has hosted the first-ever public launch of a flying taxi from US soil.

The ability to hail an air taxi might feel like a far-off hypothetical, but state leaders tell WCNC it could be much closer than you think.

A little over 116 years ago, North Carolina was the setting of the Wright Brothers’ first flight. Now in 2020, the Tar Heel state is marking a brand new first flight.

Governor Cooper, along with state DOT leaders, were on hand to witness the history-making launch of an autonomous, or pilot-less, air taxi.

The launch came right on the heels of Uber's new year announcement that the ride-share company is developing its own air taxis, expected to launch in major cities as early as 2023.

With drivers spending an average of 2.5 workweeks a year stuck in traffic, flying above it all like the Jetsons may sound like a dream.

Governor Cooper said while North Carolina will be the first to welcome these advances, state leaders are well aware there are plenty of safety concerns.

“We have to take a go-slow approach," he said.

But when it comes to new autonomous tech, North Carolina is barreling forward, over the summer becoming the first state to test and launch a drone medical delivery program -- allowing medical supplies and samples to be transported quickly between hospitals.

In November, North Carolina was the first state to make a successful prescription delivery via drone, in partnership with UPS and CVS.

Concerns over safety, privacy, misuse and lack of regulations are still top of mind for many, but it's not deterring the“First in Flight” state from continuing to live up to the name.

“To be able to transport cargo and passengers is going to be very positive for the economy we want North Carolina to be on the cutting edge of this technology," Governor Cooper said.