Deloris Holly said she paid restitution and served her time on probation. Twenty years later she is looking forward to putting her past behind her once and for all. 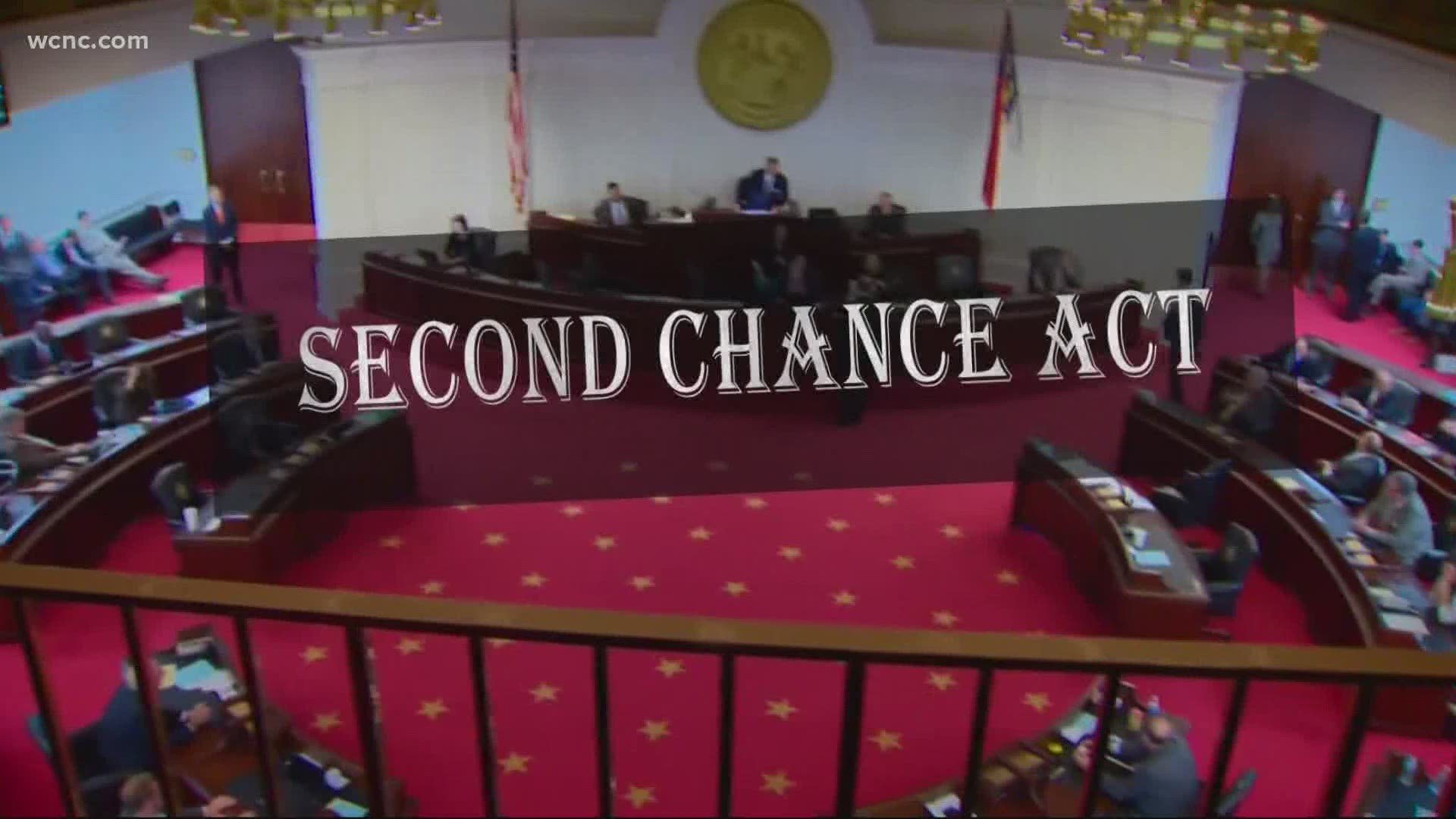 CHARLOTTE, N.C. — New legislation could help some North Carolinians get back to work. It’s called the Second Chance Act and it’s designed to help people with minor criminal convictions get their records cleared so they can once again be eligible for jobs.

It’s a move that could help Black people overcome some of the disparities in the criminal justice system.

“To better my life and go back to school,” Holly said.

At 59, she is going back to school to be a social worker but had hoped to get a job as a librarian to help pay the bills.

“All of a sudden they said, 'We got your background check,'" she said.

Holly said they wouldn’t hire her because she had two misdemeanor convictions for worthless checks dating back more than 20 years.

“I remember back then I was like, 'I gotta feed my kids' – went to store to get groceries I wrote a check," she said. "[It] wasn’t in the bank at the time but I thought by the time I get paid its gonna be there.”

Now a newly passed law called the Second Chance Act would give people like Deloris literally a second chance — wiping their records clean.

“Giving people a second chance to be employed, this even carries over to housing, you check a box to say I have a record you may or may not get that apartment you’re trying to rent," Lashieka Hardin said.

Hardin is an attorney at the Charlotte Center for Legal Advocacy where she works with people like Holly. She said 85% of the clients are Black.

“One mistake should not be a lifetime sentence," Hardin said.

Holly said she paid restitution and served her time on probation. Twenty years later she is looking forward to putting her past behind her once and for all.

“Even though I went to school and now I have a degree, and even if I want a better job, I can't get a better job where I make enough money to take care of my kids," Holly said. "I think the Second Chance Act is wonderful. I think it's going to be a second chance for me.”

Holly is already working to get her record cleared and then hopes to be able to land a job while she attends classes at the University of North Carolina at Charlotte.

NC DHHS: You no longer need a doctor referral to get a COVID-19 test