The school bond partnership, backed by legislative Democrats and House Republicans, exemplifies increased leverage Cooper has after election gains weakened the GOP's majorities so they no longer hold veto-proof control. 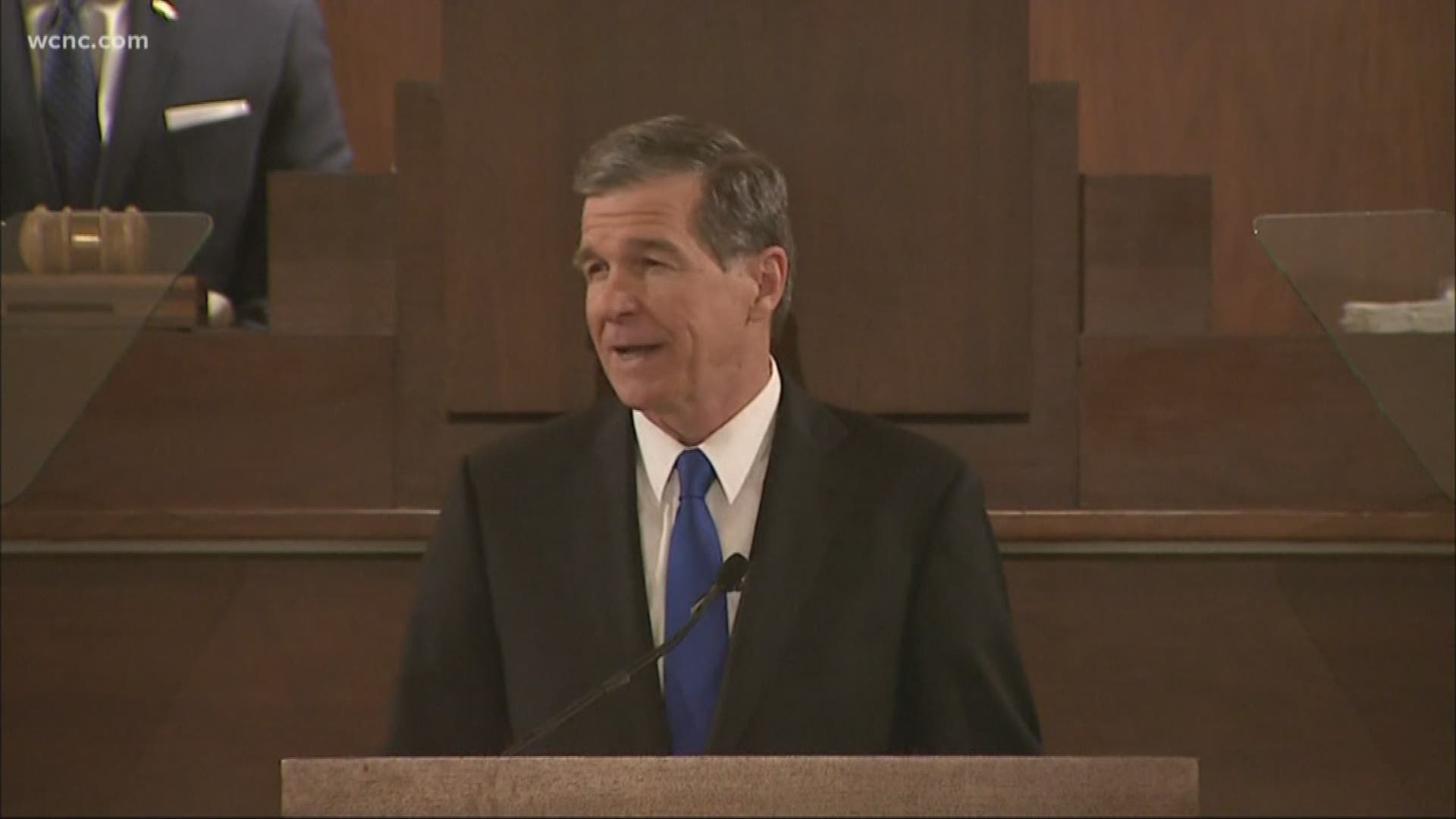 House Speaker Tim Moore and Cooper want to put a public education construction bond package on the 2020 ballot and have been traveling around the state separately drumming up support. That puts them at odds with Senate Republicans, who approved a bill last week to build more by spending more money from existing tax revenues, rather than issuing debt that would be repaid plus interest through the 2040s.

"I have a great deal of respect and a lot in common in terms of philosophy with Sen. Berger and with the Senate," Moore said in an interview. "We are generally aligned on most issues, but there are differences."

But this school bond partnership, with backing from legislative Democrats and House Republicans, exemplifies the increased leverage Cooper has after November election gains weakened the GOP's majorities so they no longer hold veto-proof control.

During his State of the State address Monday, Cooper is expected to call on legislators to support the bonds and expand Medicaid through the federal health care overhaul law — something Berger opposes but Moore hasn't fully closed the door on.

Choosing between a $1.9 billion bond package backed by Moore and many Democrats and the "pay-as-you-go" plan from Senate Republicans comes as state educators estimated in 2016 there were $13 billion in public school building and infrastructure needs through 2026.

"I really am happy that they're having this discussion," said Pat Thomas, chairwoman of the Onslow County school board. The district is in the middle of a 10-year building plan to address student growth and Hurricane Florence caused $60 million in damage to buildings.

Historically, buildings have been the responsibility of local districts, with state lottery funds helping in recent years. Occasionally the General Assembly has put statewide construction bonds on the ballot. The last such referendum occurred in 1996, and supporters say another is long past due.

Senate Republicans, who have been averse to new debt, say their proposal is better because construction money comes directly from the state's annual tax revenues and would get to districts sooner than bonds. They estimate raising the portion already going into a special capital fund will help generate $2 billion for K-12 schools over the next nine years.

An annual government debt affordability report released last month suggests the bond package would squeeze out much of the state's self-imposed limits on debt capacity.

"It maxes out the credit card," Republican bill sponsor Sen. Harry Brown of Onslow County said during last week's debate. "That's why the bond makes no sense in this case. That's why pay-as-you-go makes sense."

But Cooper and Moore contend traditional borrowing is more predictable and not subject to legislators changing their minds on providing construction cash.

"Skimming money that should go to teacher pay raises and other school funding is like using your gas money to buy a car," Cooper said in a news release last week criticizing the Senate's proposal. "A successful school bond is a smarter way to do business."

Senate Republicans say they can fashion a budget that provides funds for both teacher pay and school construction, and that it's the bond package interest — perhaps $1.2 billion over time — that would siphon away money for education.

Berger said he "wouldn't read too much" into Cooper and Moore being on the same side in this matter, but added that senators will be hard pressed to support any compromise with a bond component.

Still, he said, "it's early in the session. We've got a ways to go, and I've seen bigger chasms than that (closed) in the past."