Subpoena issued for NC State Board of Elections

The subpoena is in connection to criminal investigations in the state, the election fraud investigation into NC 09. 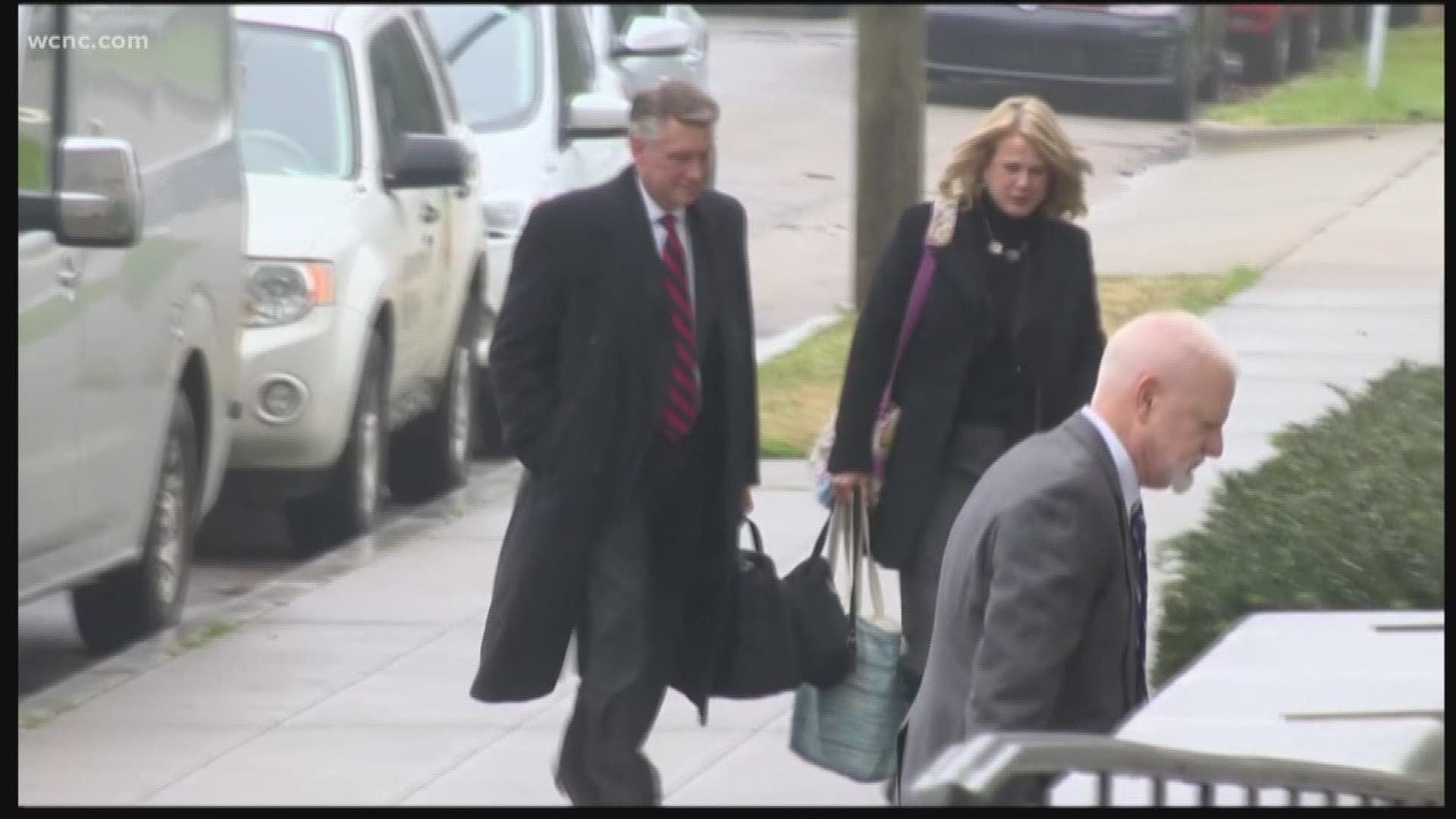 RALEIGH, N.C. — The North Carolina State Board of Elections was served with a subpoena by the U.S. Department of Justice.

The subpoena is in connection to ongoing criminal investigations in North Carolina and asks the board to provide records from April 16-18 before the grand jury.

This all comes on the tails of the 9th District election fraud investigation, which resulted in an upcoming new election.

They were also asked to complete an affidavit. If they do produce the affidavit and requested documents, they could avoid the need to testify at trial.

The full document can be found here. 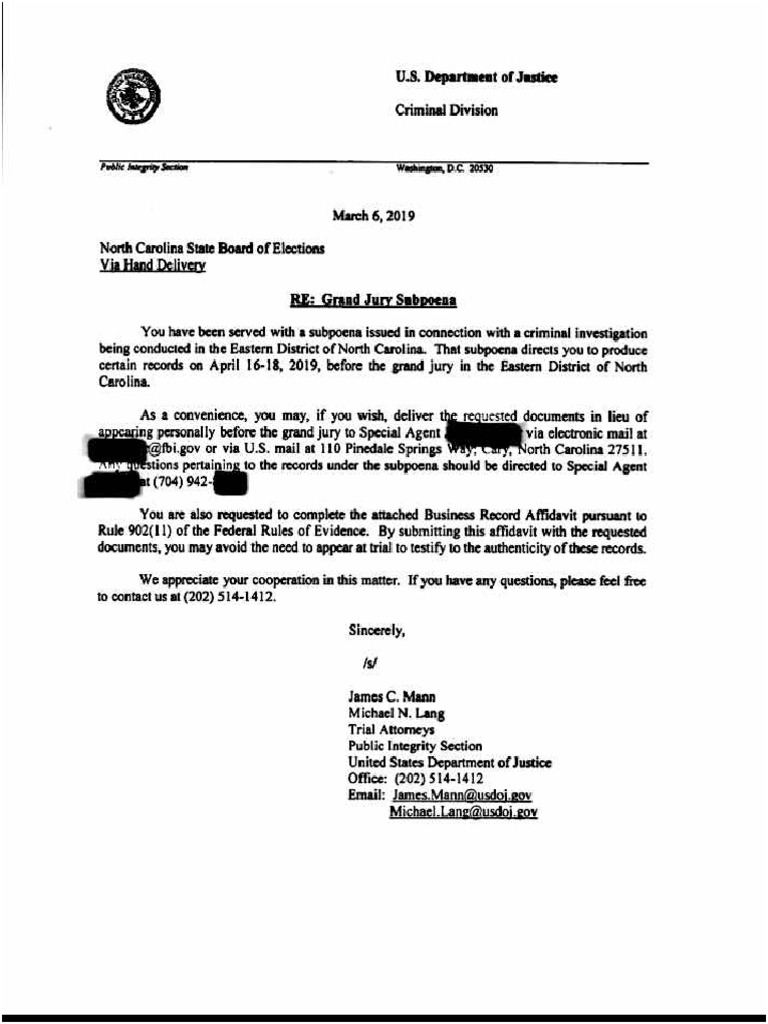 Subpoena for NC State Board of Elections
U.S, Department of Justice Criminal Division Fa ay or Wana DE EN March 6, 2019 North Carolina State Board of Elections Via Hand Delivery BE: Grand Jury Subpoena 'You have been served with a subpoena issued in connection with a criminal investigation being conducted in the Eastern District of North Carolina.

The state elections board in late February unanimously voted to hold a new election in that race after allegations emerged that McCrae Dowless, a political operative hired by Republican congressional candidate Mark Harris, illegally took possession of voters' absentee ballots.

Filing for the new election kicking off Monday before the primary election May 14th and the General election September 10th.

The state board of elections ensured there will be boots on the ground overseeing every aspect of the new election.

"We think it is extremely important for staff, our staff be on the ground in Bladen in Robeson County throughout this process," one member said.

It's not just the board of elections facing investigation.

An attorney for the Harris campaign confirmed to WRAL it received a subpoena from the DOJ's Public Integrity Section but did not provide a copy of the document.