SC Renter’s Rights when it comes to air conditioning

South Carolina does not include air conditioning as essential services. 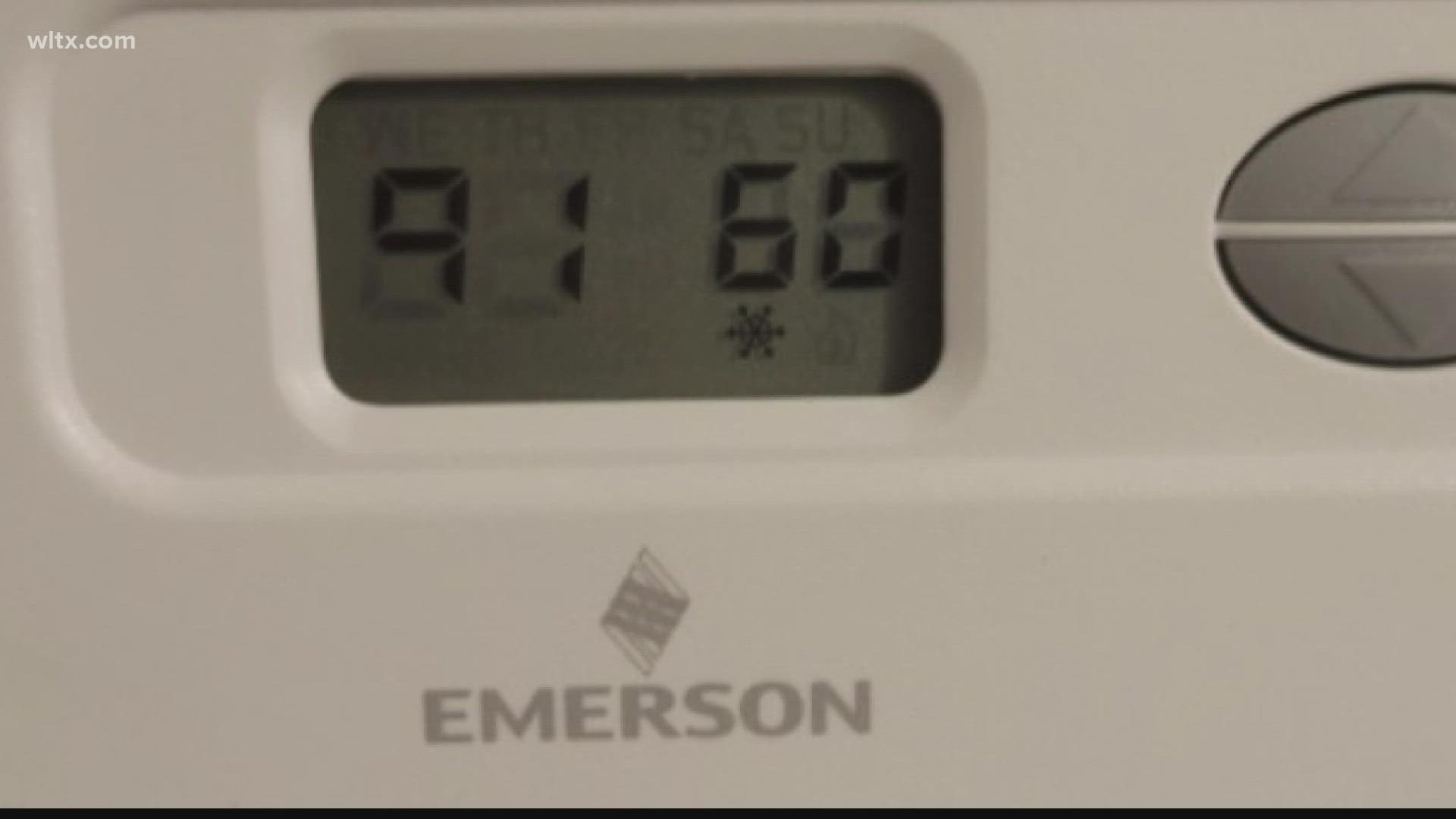 COLUMBIA, S.C. — Here’s a couple of things people in South Carolina should keep in mind if they are renting and having issues with air conditioning.

One person who didn't want to be identified talked about her issues with air conditioning at her apartment complex.

She says she's had issues with the A/C since she moved in last August. There's been times where it was 91 degrees inside her home.

"I'm spending so much money on fans. I bought eight fans,” said one community member. “It's extremely hot."

RELATED: Where to find free fans in the Midlands

While maintenance attempted to fix it, she says it never was resolved. Since then, she's moved her family in with her parents because of the conditions.

She wants to know what rights renters have in South Carolina when it comes to air conditioning.

"Due to the fact that I don't really have much knowledge on what the South Carolina law is when it comes to this situation,” explained the community member. “I definitely would love to hear something be done ASAP, especially for the other tenants that's still out there." \

RELATED: Dangerous heat today in the Midlands as heat index to exceed 100 degrees

Adam Protheroe is a litigation attorney with South Carolina Appleseed. He has some tips for folks experiencing this problem.

"If air conditioning is in the unit when you move into it, then it's something typically that the landlord has to maintain. So if it goes out, it's something that they're going to have to fix," said Protheroe.

He says you need to give a written notice to your landlord of the problem and give them a reasonable amount of time to fix it.

"Giving 14 days is pretty typical,” explained Protheroe. “If they don't fix that in that time, one of the remedies folks have is they can bring a case in magistrate court asking the court to order the landlord to fix it."

The second option people have if the problem is a serious health and safety problem, tenants can try to terminate the lease and move out.

Tenants will need to give a notice in writing letting them know what the problem is, give the landlord at least 14 days to fix it, then people can consider the lease terminate and stop paying rent and move out. It doesn't prevent a dispute later on but under South Carolina law, a tenant can take this route.

People don't have to have an attorney for court but Protheroe believes it would be helpful. Tenants can bring cases to magistrate court without having an attorney. A case could cost around $80 but you can request the court to waive the fee if you can't afford it.