Ever wish you could carry a personal therapist around in your pocket? Well, now you can. 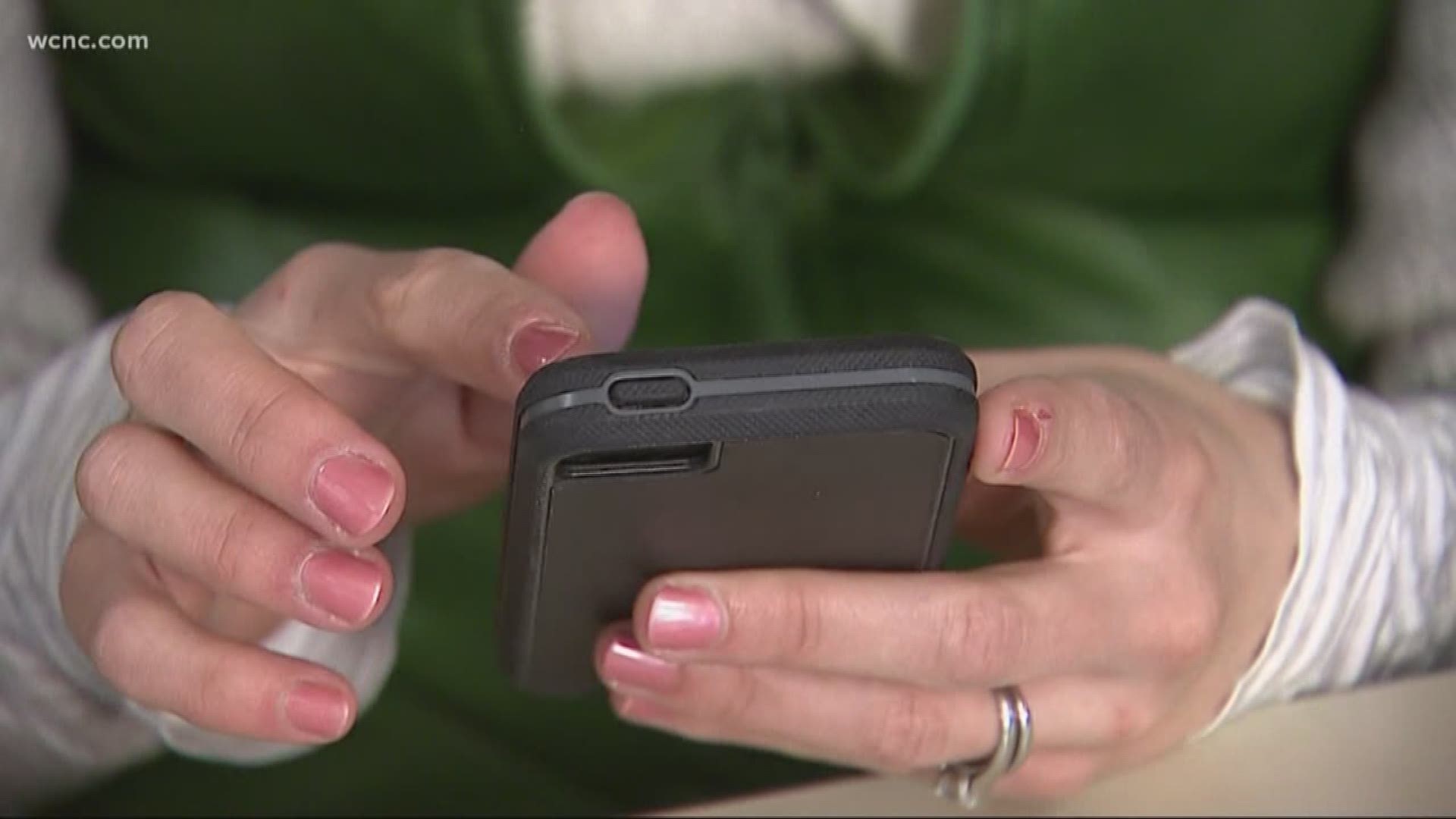 Ever wish you could carry a personal therapist around in your pocket? Well, now you can.

Access to therapy is entering the 21st century – services that allow you to text a therapist are beginning to skyrocket in popularity, with tens of thousands of users in our area.

“I think it’s amazing I can schedule an appointment at 9 p.m. and the person is alert,” Joyce Gilmer said. “There are payscales as low as $35 a month for therapy I could never find that in a traditional office setting.”

Gilmer signed up for 'BetterHelp' because she just couldn’t find a Charlotte office that fit her schedule.

Dr. Rachel O’Neil is one of the thousands of therapists behind the texts… She works part-time for ‘Talkspace.’

“It’s just an opportunity for people to fit it in whenever they have a moment," said Dr. O'Neil. “I have some clients that are maybe waiting in line to pick up dinner.”

However, not everyone thinks a cell phone shrink is a good idea. Some local psychiatrists are raising concerns about the trend -- calling it unethical and inappropriate.

"What about someone deciding to commit suicide or homicide?" one woman wrote NBC Charlotte in an email.

That's a valid point: Is mental health really something that an app can tackle? On the other hand, for someone who would never set foot in a psychologist’s office, there's professional help right at their fingertips.

With millions of users already, it looks like tech therapy is here to stay.

“Whether you’re a college student or a stay at home mom of three kids, and you can’t get into a traditional counselor, it really just makes it more accessible to folks,” Dr. O’Neil said.

Here's something to keep in mind: Most of these online therapy services are not covered by health insurance, Medicare, or Medicaid.