"The whole house just shook. I can’t even describe it." 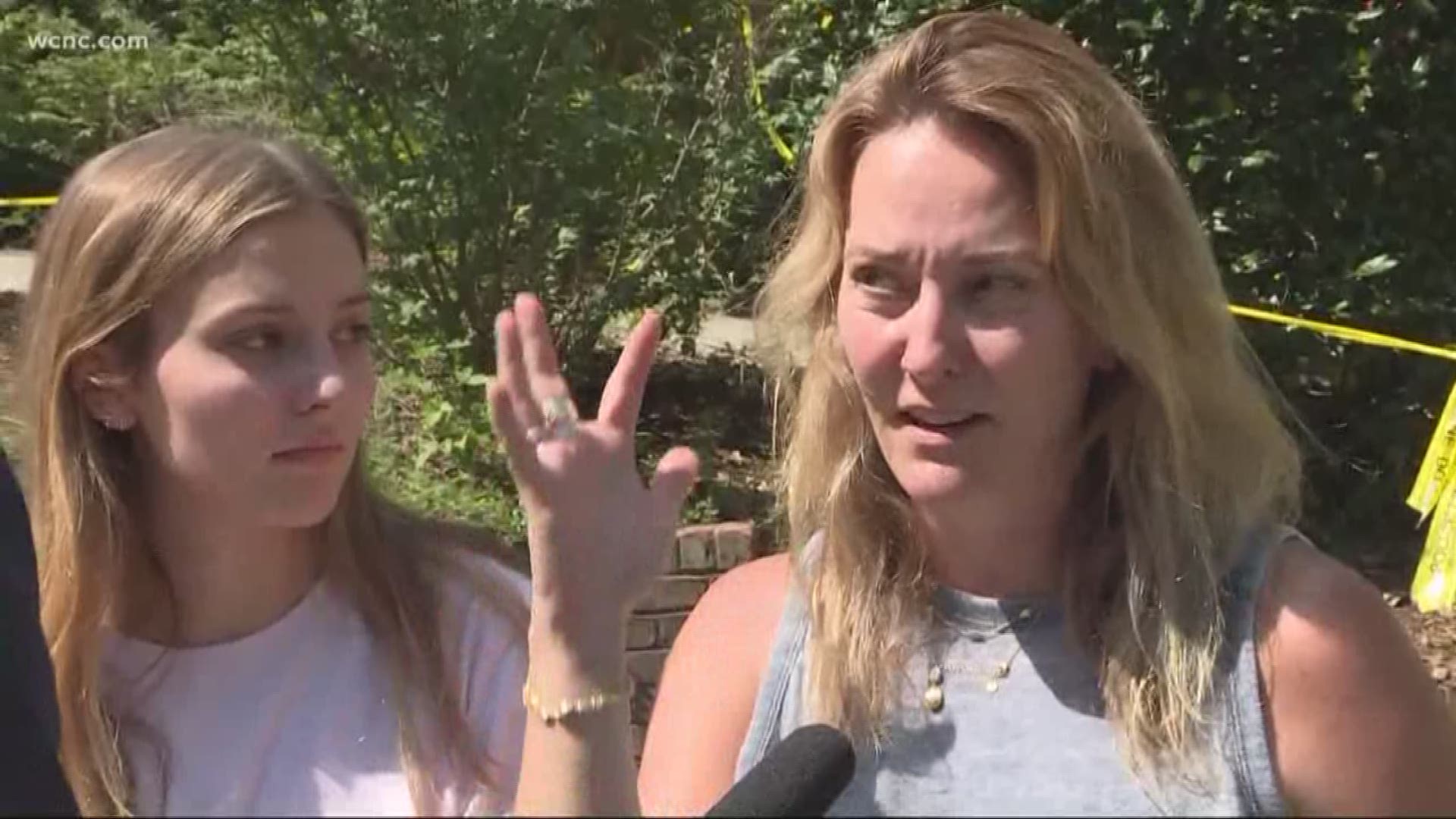 CHARLOTTE, N.C. — A rescue operation is underway after a home in Ballantyne exploded near Ballantyne Country Club.

According to the Charlotte Fire Department, one male victim was removed from the rubble and transported to the hospital with life-threatening injuries.

Fire Chief Johnson said the man, who was trapped in the rubble, called 911 and directed firefighters how to get to him.

Charlotte Fire said they are still searching for any additional victims.

Several neighbors in the area felt an explosion at around the same time as the house fire. We're told shoppers at a nearby Publix thought a bomb went off.

One neighbor who spoke with NBC Charlotte aid she was in the bathtub at the time of the explosion. She said she thought an earthquake had gone off.

The woman's daughter said the sound of the explosion was deafening like a gunshot went off right next to her ear.

RELATED: Firefighters braving the heat on the scene of Ballantyne home explosion

"The whole house just shook. I can’t even describe it. It looked like the ceiling was snowing," the neighbor told NBC Charlotte on scene.

"I saw my front door was blown open. And then as we progressed through the house, I saw that my walls were just cracked open. The garage was just imploded. At which point I just told the kids, ‘we have to run out of here," the neighbor said.

Another witness who lives about 2.5 miles away from the home said she still heard the explosion.

Katy Smigla said her fiance works in the area and said he thought the windows were going to blow out.

“It’s really scary because it’s like one of those things you can’t really prepare for,” Smigla said. “We don’t know exactly what happened. But if it were a gas leak or something like that it’s just really frightening."

Charlotte Fire said they received reports that there were people inside the home at the time of the incident. Neighbors said the homeowner may be trapped in the rubble.

Several ambulances are on scene as well as mass casualty bus. There is no word yet on the cause of the explosion or how many people were hurt.

Neighbors are currently being evaluated and evacuated from the area.