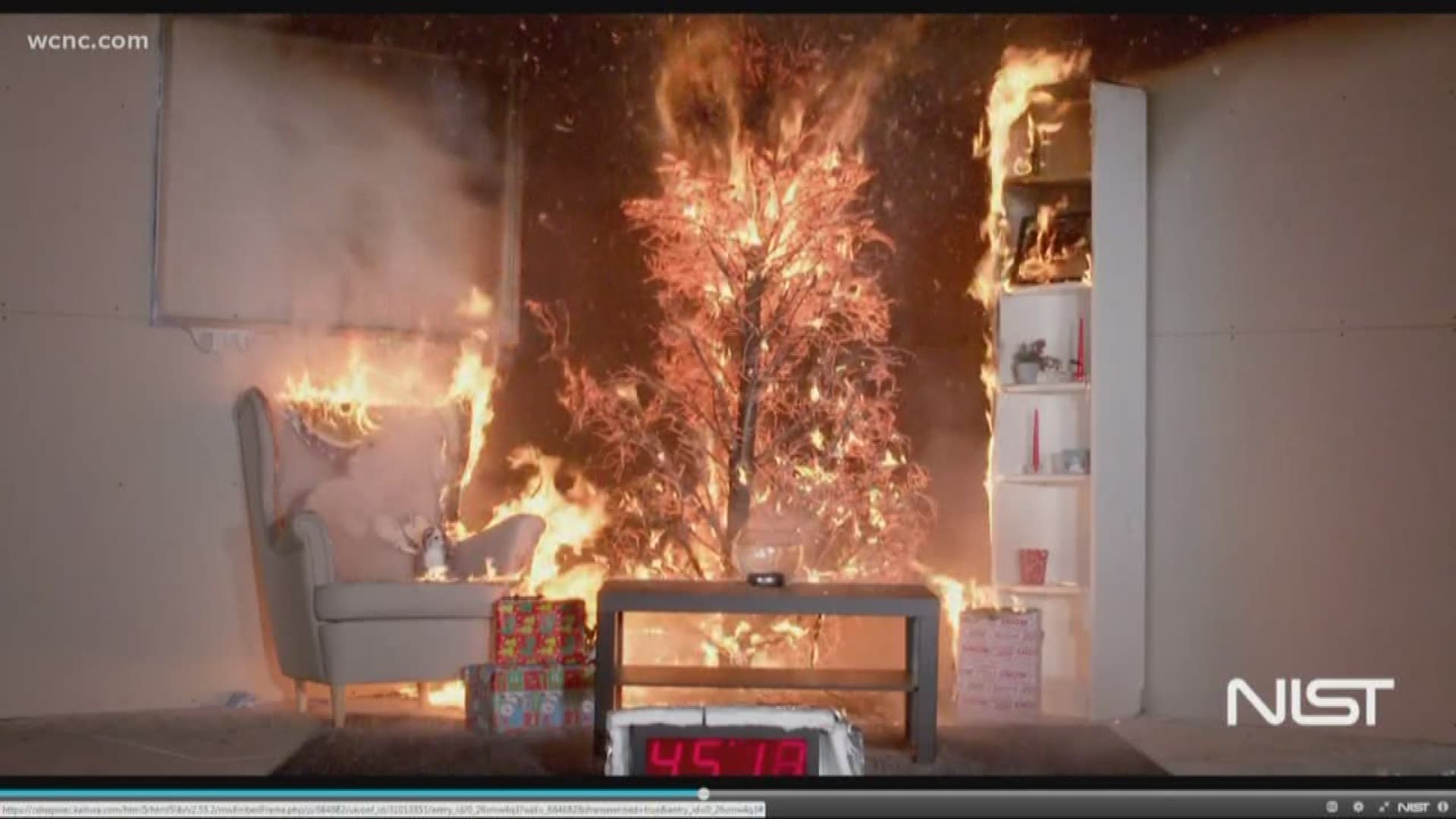 CHARLOTTE, N.C. — The North Carolina Department of Insurance hosted a live tree fire demonstration to show how easily a dry Christmas tree can go up in flames.

“We've seen it in person how fast a fire can destroy a Christmas tree and how quickly it can extend into the house,” Charlotte Fire Battalion Chief Matt Westover said. “The most important thing is to water the tree regularly. Make sure the cords aren’t frayed at all, that there are no exposed wires. Don't use extension cords, and use surge protectors. Unplug your lights when you leave the house, when you're sleeping, turn them off.”

If you haven’t picked up your tree yet, don’t be afraid to ask the lot workers how fresh the trees are.

“When you get trees from Christmas lots, you don't know how long it's gone without water,” Westover said.

“If it's something that happens overnight while you're sleeping, you could be exposed to the side effects of the smoke, carbon monoxide, and fire itself,” Westover said.