VERIFY: Yes, cocaine was found in shrimp, but only in the U.K.

It makes for a compelling headline, but the reality is that the cocaine found in shrimp was trace amounts in a limited area. 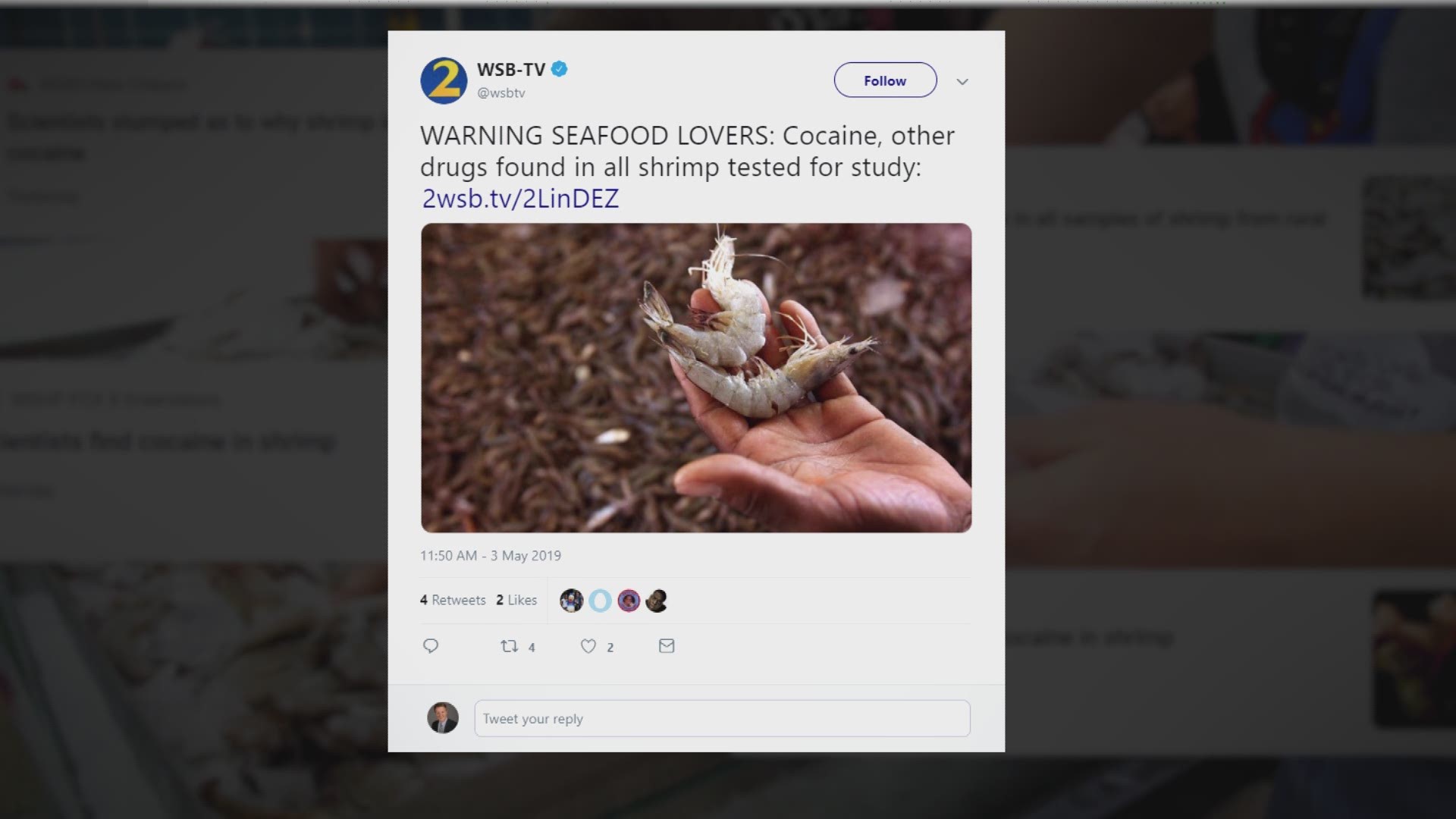 It’s one of the crazier headlines out there.

Headlines like these are accurate, but a bit misleading. There's no reason at this point for shrimp lovers in the U.S. to be alarmed.

Was cocaine found in shrimp? If so, where? And does it pose any risks to consumers?

Researchers in the United Kingdom did find cocaine in multiple samplings of shrimp across their country. The tests were limited to water sources in the U.K. and found trace amounts of cocaine along with ketamine, lidocaine, and pesticides.

The same researchers who published the study said that they were in small quantities and were unlikely to cause harm to people.

Researchers from King's College in London and the University of Suffolk took shrimp samples from five rivers and 15 smaller water sources across the United Kingdom.

In every location, the shrimp tested positive for cocaine. They also found lidocaine, ketamine and a number of pesticides.

It’s important to emphasize these were tests in the United Kingdom. Which leads to an important follow-up question: Do we import shrimp from the U.K?

No. NOAA documents show that we don’t import any from the U.K. They’re not even on the list.

Our primary imports come from India and Indonesia, where they haven’t tested for cocaine.

If you’re worried about eating shrimp, the researchers who did this study said the concentrations were small and the "potential for any effect is likely to be low."

Bottom line, the shrimp tested did have trace amounts of cocaine, but they were all the way across the Atlantic and there’s no evidence at this point that the shrimp the U.S. imports would test the same.