VERIFY: Is there still an equity problem in Mecklenburg County's vaccine rollout?

Like many communities, Charlotte struggled to get vaccines out in an equitable way when the rollout started. Now, there's new data showing where we're at months in. 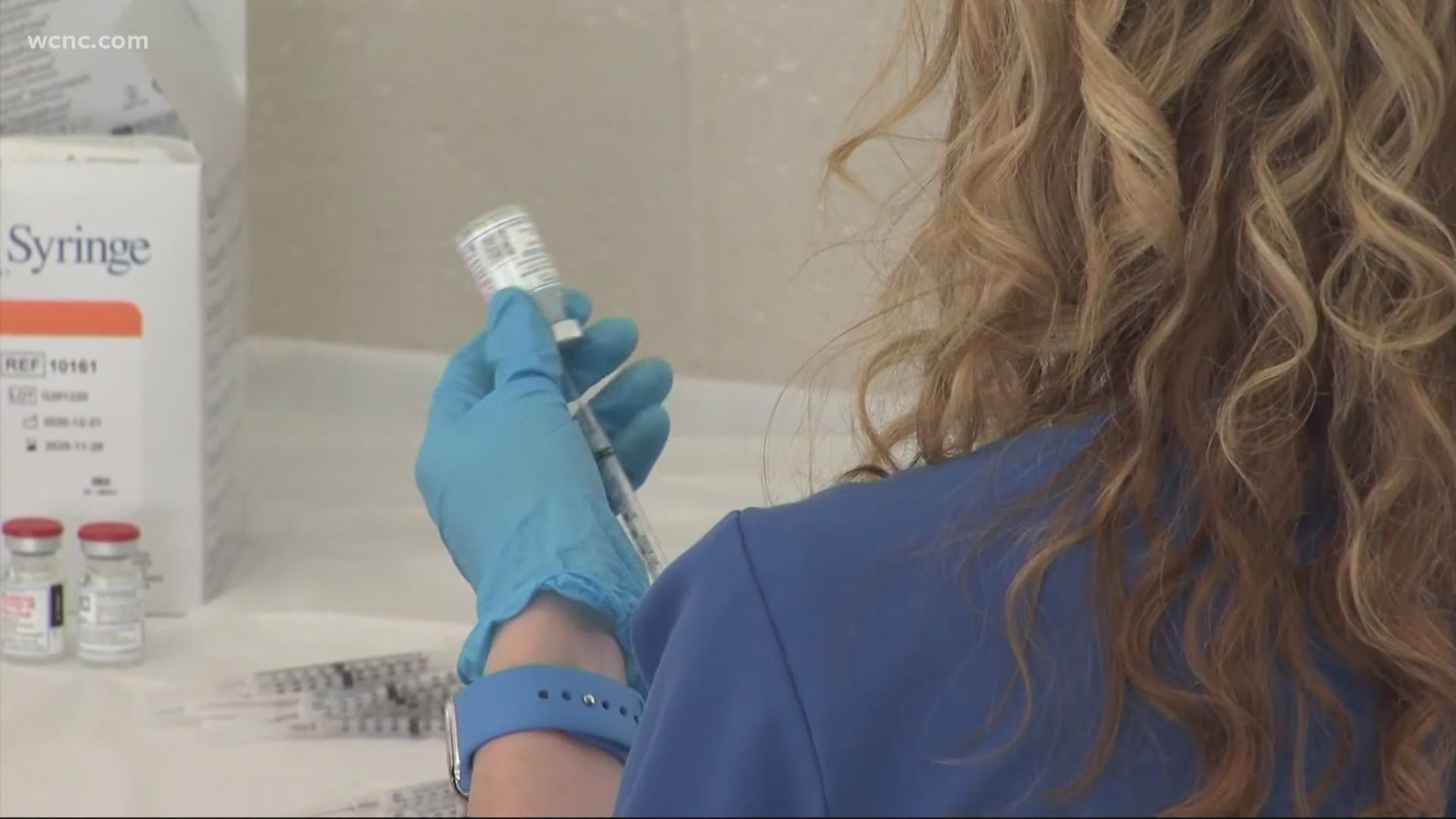 CHARLOTTE, N.C. — It was a troubling theme across the country: the vaccine rollout had an equity problem among races. Mecklenburg County was no different.

As we first reported, data in February showed Black residents were getting the vaccine at a disproportionate rate compared to their white neighbors in Mecklenburg County.

At the time, the first couple of groups were eligible to get a vaccine. In February, Mecklenburg County health officials reported 70% of their vaccines went to white residents in the first two phases. Meanwhile, 16.1% of vaccines given through the health department went to Black residents.

Is there still an equity problem when it comes to vaccinating Mecklenburg County?

Yes, there are still inequities when it comes to the vaccine rollout in Mecklenburg County.

Projection data from the U.S. Census shows 55% of Mecklenburg County's population is white. It also shows 34% of people in the county are Black, while 14% are Hispanic.

However, data given to Mecklenburg County leaders Tuesday night showed, so far, 24.5% of first doses, administered by the county health department, have been given to African Americans, even though they account for 34% of the county's population.

The data also showed 58.2% of first doses have been given to whites, and only 8% of shots have gone to Hispanics in the community.

It's better than where the county was at two to three months prior and health officials say vaccine hesitancy, transportation, and getting the vaccine to our underserved communities are still things they're working on.

Dr. Meg Sullivan said her team is making progress to reduce these inequalities.

"You know, I think that's something that's been a focus of ours from the very beginning. Our vaccine equitability plan has been at the core of everything we've done as far as vaccine response," Sullivan said. "I think we've definitely made progress since we started but we still have work to do."

At the Mecklenburg Board of County Commissioners meeting on Tuesday night, Commissioner Pat Cotham asked Dr. Raynard Washington, the county's deputy health director: on a scale from one to 10 with 10 being full equity -- where does Mecklenburg County stand?

Washington said he'd give the county a 5 or 6, adding they've made great progress, but there is still work to be done to close the gap.