VERIFY: Masks usually don’t affect oxygen, but this is why you might feel breathless or dizzy

If masks are safe, why do some people experience breathlessness or headaches? Two Triad doctors VERIFY. 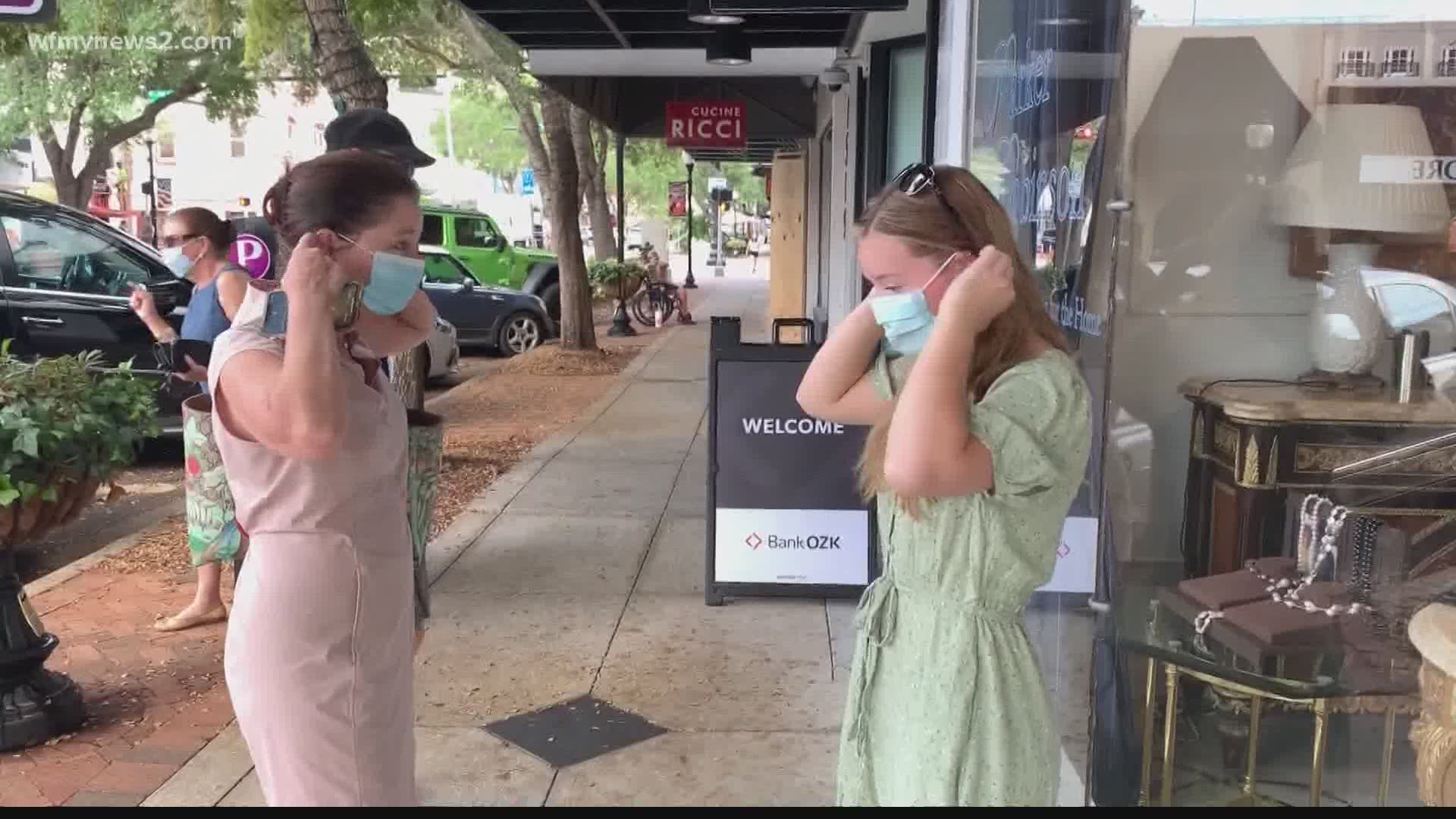 GREENSBORO, N.C. — A week and a half into North Carolina's mask mandate, the VERIFY team must 'unmask' potentially-dangerous claims circulating social media.

The ordinance requires all North Carolinians to wear masks, inside or outside, in any circumstance where social distancing isn't possible. Yes, there are certain factors that exempt people with valid medical conditions or young children. But, do the masks, themselves, pose a health threat?

WFMY News 2 viewer Jason Hutchins asked if a healthcare worker could prove if someone loses oxygen levels while wearing a mask. He said he has seen pictures on Facebook claiming the theory is true, while others claim it is false.

Hutchins did not send screen shots of the particular posts he saw, but a quick Facebook search by the VERIFY team showed yes, these claims are out there.

Swords explained, "Masks are worn thousands of times per day in operating rooms. Doctors and nurses are unaffected. Masks have no impact on how much oxygen is being inhaled or how much carbon dioxide is being exhaled," he explained.

However, he acknowledged, "Some people may feel uncomfortable wearing a mask, either because it is inconvenient or hot, but wearing a mask has no impact on oxygen levels. Wearing a mask is incredibly safe and does decrease the transmission of COVID markedly."

Why, then, do some people swear wearing masks makes them feel breathless, dizzy or causes a splitting headache?

Dr. Segal explained, "In many cases, it may simply be an anxious reaction to the resistance to breathing one may feel when wearing a mask. If someone hyperventilates a bit, headache and lightheadedness may follow, which would be promptly relieved upon removing it and returning to normal breathing."

But, he acknowledged, "In very rare circumstances, some tight-fitting masks with a lot of resistance to breathing can increase carbon dioxide trapped behind the mask, which could theoretically cause respiratory distress and some of the symptoms of breathlessness."

Most mask wearers need not worry. He said, "Scientific research and all public health agencies show that this effect is minuscule and is unlikely to affect anyone except, perhaps, very young children or those with respiratory disease."

Dr. Swords added, "There are mechanical side effects of prolonged mask wearing, such as pain and irritation around the ears and nose, and there have been reports of skin irritation where the mask contacts the skin on the face."

So, what mask fabrics are most effective and breathable? Dr. Segal studies masks and finds those with thicker yarns, tighter weaves and higher threat counts are the best bet.

"But, the effectiveness in preventing disease transmission comes down to a few factors: covering the mouth and nose completely and fairly closer to the face, generally two layers of fabric rather than one and breathability (rather than breathing around the mask)."

Even "modest" face coverings, he affirmed, will block most respiratory droplets.

"Choose a mask that is as comfortable as you can (make it), that fits well to your face and that you'll actually wear," Segal said.

"A moderately effective mask on your face is much better than a more effective one in your pocket."

Masks are not harmful to the large majority of people (except those with respiratory ailments), though psychological factors might promote temporary physical side effects.

Do you have a VERIFY inquiry? Send a post, selfie video or screen shot of the claim in question to Meghann Mollerus via: