VERIFY: No, the Juneteenth holiday was not started after the death of George Floyd

Some don't know or understand the origin of Juneteenth, and some are claiming Juneteenth started after the death of George Floyd. It didn't. 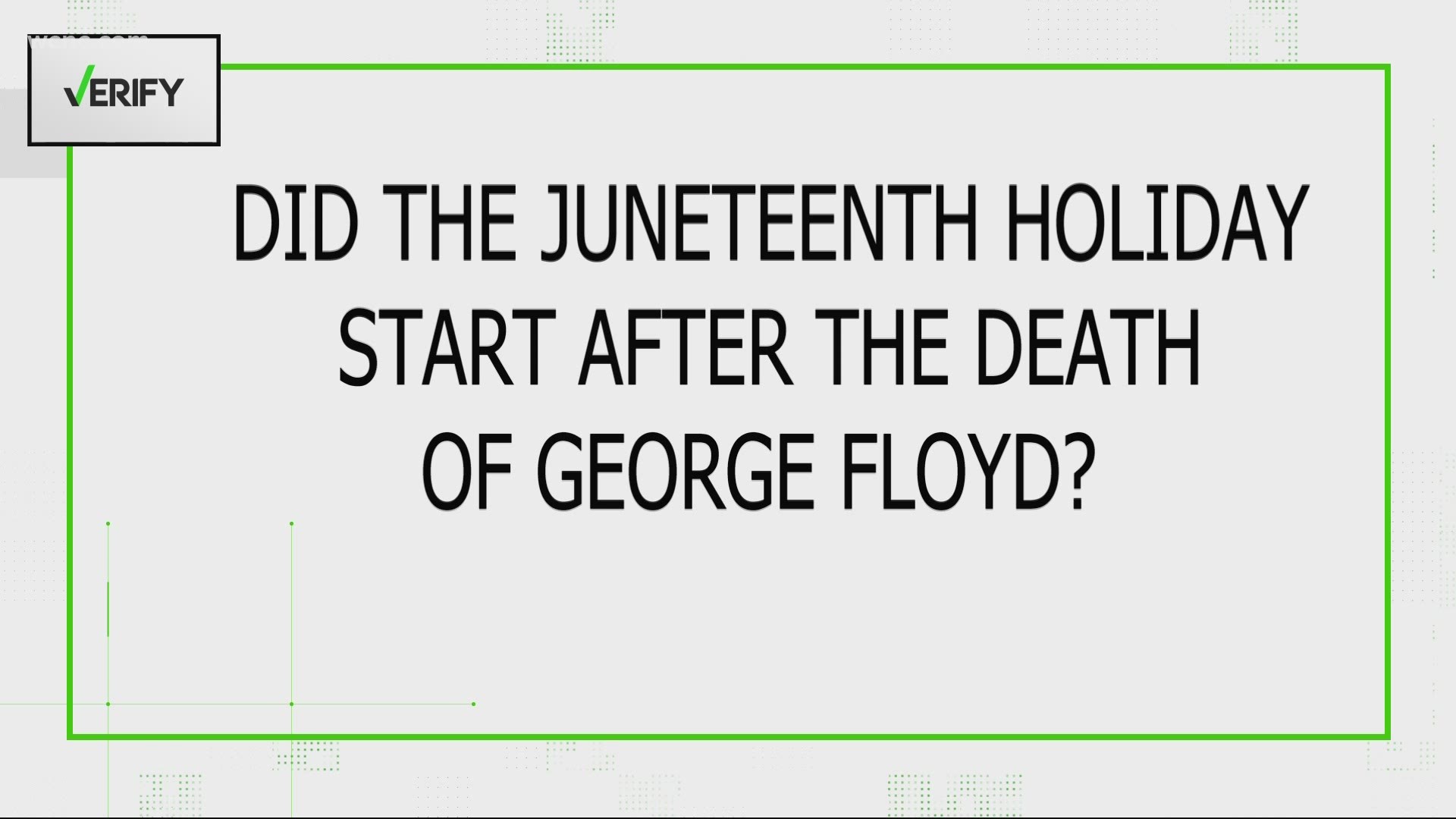 CHARLOTTE, N.C. — Many will celebrate Juneteenth on Saturday, but some don't know or understand the origin of Juneteenth, and some are claiming Juneteenth started after the death of George Floyd.

QUESTION: Did the Juneteenth holiday start after the death of George Floyd?

ANSWER: No, Juneteenth started in 1865 in Texas.

On May 25, 2020, George Floyd was killed while in police custody. The District Court of Minnesota found police officer Derek Chauvin guilty of second-degree unintentional murder.

Floyd's murder sparked protest across the country, bringing racism, police brutality, and the Black Lives Matter movement to the forefront.

Professor Clegg said Juneteenth had been around long before the death of George Floyd, 155 years before.

"On June 19th of 1865, Union general Gordon Granger declared slavery over in Texas which affected over 200 thousand people enslaved in Texas," Clegg said.

That was nearly two and a half years after the Emancipation Proclamation was signed by then-president Abraham Lincoln, which declared all enslaved people to be forever free.

Clegg believes there are a few reasons why the holiday wasn't as widely known.

"One, it starts as a regional holiday in Texas, two, emancipation from slavery comes to different places at different times during the 1860s, and three, Juneteenth is competing with other holidays," Clegg said.

On Tuesday, the United States Senate unanimously passed a bill that would make Juneteenth a federal holiday. The bill needs to be passed by the house and signed by the president to become law.